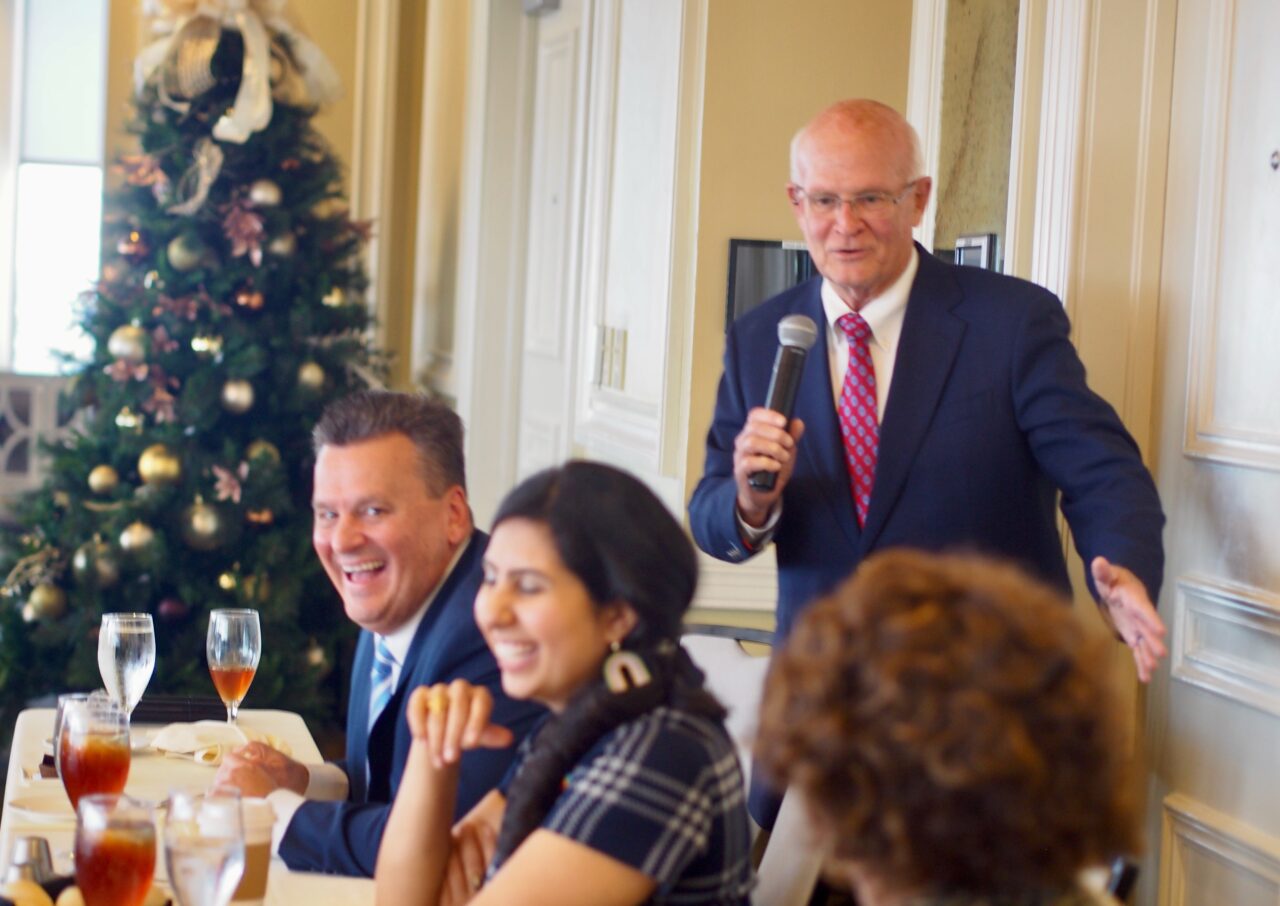 They raised concern about COVID-19 exposure that could affect a Senate quorum.

The 2022 Legislative Session will be dominated by passage of the state budget and redistricting maps, perhaps sucking up most of the Session’s air. But lawmakers also think that just being there in an open Capitol may become a big challenge, too.

Everyone shared their own wish lists except Baxley, who predicted that the budget and the redistricting maps will be plenty.

Hawkins hopes to push through his bill to facilitate EKG testing in high school athletes (HB 59) and to promote semiconductor technologies.

Thompson wants Florida to recognize the difference between critical race theory and race history facts, through education on such tragedies as the Ocoee and Rosewood racial massacres and the Groveland Four saga.

This year, unlike the 2021 Session, the lawmaking process may be more open to the public, despite the latest wave of COVID-19 with the omicron variant-driven winter surge. The lawmakers openly wondered if the Legislature was exposing itself enough that a wave through the Capitol could jeopardize the Session.

“I think the concern is with our colleagues in the Senate, because there’s 120 of us so we could get a quorum if we need it,” Hawkins said.

Baxley said the Florida Legislature has “demonstrated responsibly that there is a way to deal with these kinds of threats without obsessing to the point that we’re actually not taking care of other needs which are just as important.”

“The other thing I experienced is you don’t have the same interaction with people. I truly missed the energy of connecting with people. And I think we are constantly monitoring what’s happening. We’ll keep monitoring throughout the process and make adjustments,” he continued. “That way, we’re not stifling, and letting one issue shut us down. And the Senate, with only 40, you could create a quorum problem in a hurry. And you don’t want to paralyze government. And you don’t want to do a super spreader. So it’s about balance. It’s about reason. And it’s about working on the science.”

“We’ll see what happens. Things can change in a day,” Hawkins said.

— Hawkins wants a law that would preempt local regulation for trash collection vendors that may have difficulty meeting contractual requirements to get off streets by certain times in the evening. Hawkins, who for years was in the solid waste business himself, contended that solid waste companies are struggling with staffing shortages. He argued that, like everyone else, companies are facing the impact of the latest COVID-19 surge and should not have to face fines if they’re still out collecting trash after-hours in a crisis.

— If the Legislature takes up property insurance again, Eskamani wants reforms that would protect customers from rate increases, and initiatives to incentivize the hardening of homes against hurricanes and other natural disasters. Hawkins wants reforms that reduce legal insurance fraud, such as when roofing companies sell new roofing jobs based on policy provisions that a weather event can make a homeowner eligible for insurance coverage even if their roof wasn’t actually damaged by the event.

— There were mixed responses on whether Florida needs the law enforcement agency in the Department of State proposed by Gov. Ron DeSantis to check out election fraud claims.

“Probably, but it’s also concerning,” Baxley said. “On the side of caution, I think in the Senate, we are thinking about, ‘What is the impact of doing some of this right now in an election year?’ … We just want it easy to vote, hard to cheat.”

Eskamani questioned the fiscal conservatism of creating a new law enforcement agency for limited problems of election fraud, when known fraudsters are not getting much state attention.

“Let’s not waste $6 million, right? The fraud we’ve seen has come out of The Villages, with four individuals voting more than once. And I would also say that the scheme of fake candidates being planted in three state Senate races I think was clearly ignored by Gov. DeSantis. So if we’re talking election fraud… that’s election fraud, y’all. It’s happening right before us. And it’s the reporters that are unleashing evidence of it, rather than officials,” she said.

“We saw that in 2020 the Governor touted the election as one of the best-run elections in the history of the state of Florida,” Thompson added. “So if the election was run so well, if it was so efficient, so effective, what are we trying to fix?”

— Thompson wants to promote denser housing — “building up” — to address the affordable housing crisis. Eskamani wants tenant law reform that could eliminate some of the upfront costs of renting and to create incentives for smaller homes, including tiny homes. Hawkins would prefer more vocational training so that people having trouble affording housing could find higher-paying careers and get out of the cycle of poverty and crushing housing costs.

nextArchdiocese of Miami: Masks required for Mass and schools