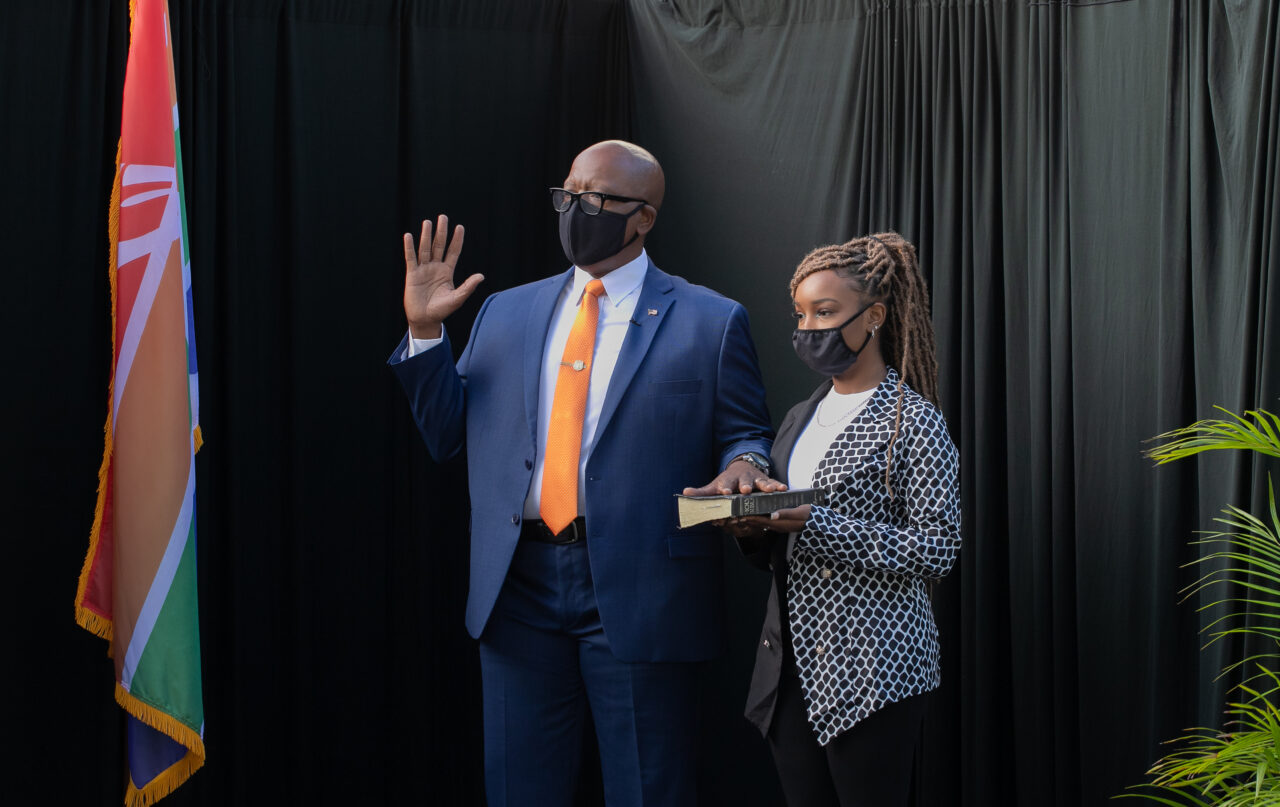 'Our goal is not to simply make history. We must work together to make a difference.'

During live broadcast remarks Thursday, Welch noted he was born during a time when the city’s Black residents had so little autonomy they couldn’t even choose where they lived.

“I grew up in the areas of our city where my family lived not by choice, but by sanctioned discriminatory practices that defined where African Americans could live in our city,” Welch said. “As a kindergarten and first grade student, I attended the last segregated classes at Melrose Elementary.”

Welch grew up a product of the Deuces and the Gas Plant, areas of the city where Black residents were once remanded to live that have now become bastions of the city’s African American culture. His ascension to the top executive position in Florida’s fifth-largest city comes with added timely significance. Less than a month ago, the City Council voted to accept the findings of a study on structural racism that acknowledged deeply ingrained racist and discriminatory practices that have pervaded the city since its founding.

But for Welch and the many others who grew up with that discrimination, the study’s findings were nothing new.

“It’s good to have that documented and accepted by the City Council as the true history of our city,” he said. “I think that informs what equity and progress looks like going forward.”

Welch emphasized that making history as St. Pete’s first Black Mayor is simply not enough. He said the city, and his office, must “work together to make a difference, to make an impact for this generation, and for generations to come.”

And he’s already at work. Welch promised a new diversity, equity and inclusion program and said he’s working on modifying the city’s business practices to focus more on minority contracting and supplier diversity.

Addressing racism is one of the many challenges rolling over from the administration of Rick Kriseman. Welch also faces the environmental challenges of ever-encroaching sea-level rise and one of the sharpest increases in rental rates in the country.

In one of his first official acts, Welch created a new position — Assistant Administrator for Strategic Initiatives. He appointed Neighborhood Affairs Administrator Rob Gerdes to the position. Welch said the office will grow to take on more issues, but said Gerdes will prioritize housing full time to begin.

“We are really just in (an) imbalance between the high-end market-rate luxury housing versus housing for folks that already are here and are making that $23 an hour and less,” Welch said. “We’re going to be in real economic trouble if we don’t have places for folks that make our economy work to live here in St. Pete.”

The City Council recently voted to explore the option of rent control in the city. Welch said that could be one tool the city uses, but said funds from the Build Back Better Act, expanding the base of workforce housing and Community Reinvestment Act money are other avenues to explore. Welch said he already anticipates rent control generating legislative controversy akin to other talking-point issues like “defund the police.”

William Kilgore of the St. Petersburg Tenants Union has been a regular figure at City Council meetings, urging the city to prioritize rent control and stabilization. He said he hopes the new Mayor doesn’t back down.

“He should be willing to do whatever it takes to protect low-income tenants,” Kilgore said. “Even if it means an uphill battle against an obstructionist Legislature.”

But Welch said a lot can be accomplished through conversation, even when it comes to areas of disagreement. He pointed to progress with the Sadowski Fund as an area of promise.

The Sadowski Fund is the state’s affordable housing fund. Established in 1992, the Legislature has for nearly 20 years now diverted funds away from the program to the tune of more than $2 billion. If fully funded, Sadowski could add about $100 million to the $355.5 million Gov. Ron DeSantis earmarked for affordable housing, according to analysis from the Business Observer.

“The Legislature and the state government is now saying they will finally use those dollars as intended, fully, for housing,” he said. “I think if you continue to have a dialogue you can make progress on issues you have initial disagreements on.”

Welch tested positive for COVID-19 last week and was sworn in during a virtual ceremony in front of his Lakewood Estates home. He hopes to be in City Hall full time beginning Monday.

previousNikki Fried to Floridians after COVID-19 tests expire: 'You need a better leader'