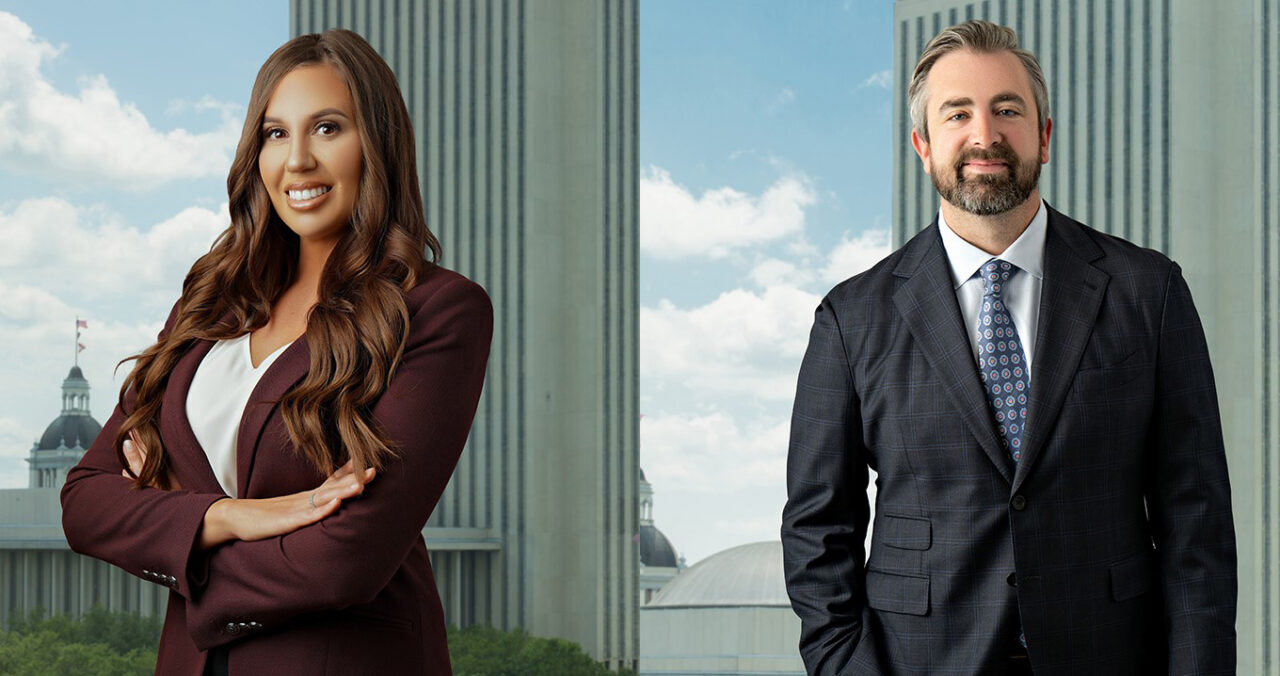 The pair come to the firm from Peebles Smith & Matthews.

The pair come to the firm from Peebles Smith & Matthews, a government and public affairs firm that has specialized in local government, utilities, environmental and infrastructure issues for the last 30 years.

“We are thrilled to have Ryan and Angela join GrayRobinson’s Government Affairs and Lobbying Team,” said GrayRobinson President and CEO Dean Cannon. “They bring in-depth knowledge of the function and operation of local governments, municipal utilities, and Florida’s regulatory and permitting processes, as well as the overall legislative process, which bolsters the legal and advocacy service offerings our robust team provides within these essential sectors.”

Orlando Mayor Buddy Dyer said, “I am so pleased to learn that Ryan Matthews and Angela Drzewiecki have joined GrayRobinson. The two teams have been second to none when it comes to representing local government in Tallahassee for over two decades. I know from experience that Ryan and Angela will continue to provide their clients with superior representation in Tallahassee with Dean and the team at GrayRobinson.”

Matthews joins GrayRobinson as a shareholder in the Tallahassee office, where he will focus on environmental, land use, and local government issues. For the past five years, Matthews was a partner at Peebles Smith & Matthews recognized for his expertise in environmental policy, especially with respect to natural resources and water supply.

Before entering the private sector, Matthews served as the Interim Secretary for DEP, where he oversaw a $1.6 billion budget and supervised about 3,000 employees. Matthews also served as Deputy Secretary for Regulatory Programs and Director of the Office of Water Policy at DEP. In addition, Matthews worked in the general counsel and legislative affairs offices of the Florida League of Cities for six years, and garnered political campaign experience, serving as political director for a statewide campaign and working on Capitol Hill.

Matthews earned his master of laws in environmental law from Denver University, his law degree from Florida Coastal and his bachelors degree in political science from the University of Florida.

“Angela and I are delighted to be joining GrayRobinson,” he said. “Having worked with Dean Cannon and members of the firm over the years, we are proud to become a part of a team whose caliber of service consistently ranks them among the top producing and most highly acclaimed lobbying and law firms in Florida.”

Previously, she raised in rank while honing her legislative advocacy efforts and political campaign experience at various high-profile lobbying firms and as a director of former CFO Alex Sink’s 2010 gubernatorial campaign. Drzewiecki received her master of science in applied American politics and policy and her bachelor of science in political science from Florida State University.