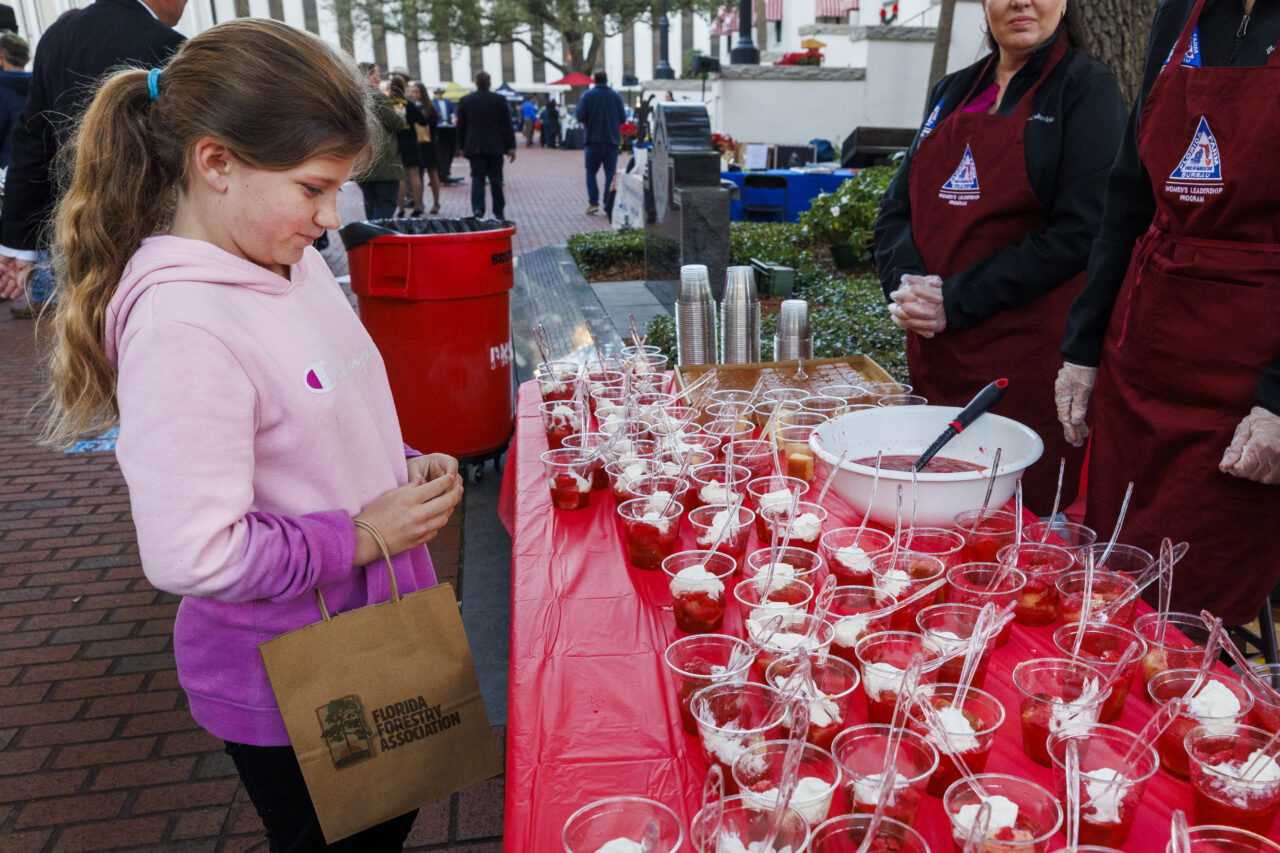 Some lawmakers, however, soured at the thought of the berry dish competing with the Key lime pie.

“The Florida strawberry is our economic driver, almost a billion dollar economic impact,” McClure said. “So this bill is really meant to bring some fun attention to what drives our economy.”

Despite being this Session’s sweetest bill, some lawmakers soured at the thought of the berry dish competing with the Key lime pie, which holds the separate title as the official state pie.

While McClure claimed he “isn’t trying to take the ‘Key lime-light’ away from the state pie,” some fans of the citrus delight raised questions at the House Public Integrity and Elections Committee. Yes, it’s known as the PIE committee.

“As a fan of Key lime pie, I have a little concern that this would prioritize it as a state dessert,” said Rep. Erin Grall, who suggested that perhaps the bill be altered to designate the sweet as state cake instead of dessert.

Others jokingly expressed concern at the potential repercussions from Key lime pie enthusiasts.

“If this should pass, are you worried about a lawsuit from the Key lime pie lobby?” Rep. Blaise Ingoglia said.

Some members of the Italian American caucus even went as far as to suggest scratching the berry cake in favor of the cannoli.

“With all the influx of New Yorkers coming to the state of Florida fleeing lockdown states, did you give any consideration to the cannoli?” Ingoglia asked.

McClure quickly shut down that proposal, saying he “literally could not care less” about the Italian pastry, earning giggles from the committee.

After the back-and-forth of puns and sweet talk, members of the committee praised McClure for bringing the bill forward, recognizing the importance of agriculture in Florida’s economy.

“Thank you so much for bringing forward this bill and really highlighting our community and the history that has encompassed Hillsborough County and Plant City,” Tampa Bay Rep. Susan Valdes said. “The growers and the community of Plant City just, they’re amazing individuals and family members that provide such a great product for us. So thank you very much for bringing it forward.”

According to an analysis of the legislation, Florida’s strawberry industry is the second-largest producing region in the U.S. and the top region for the nation’s winter supply. Plant City is known as the Winter Strawberry Capital of the World.

The 36-line bill also cites the 2000 Guinness Book of World Records recognition given to Plant City as the home of the most oversized shortcake in the world as evidence the strawberry shortcake should enjoy a higher stature — regardless of the amount of whipped cream piled on. The record was later broken in 2004 in the Municipality of La Trinidad, Philippines.

The bill only needs to clear the State Affairs Committee before it can be heard on the House floor.