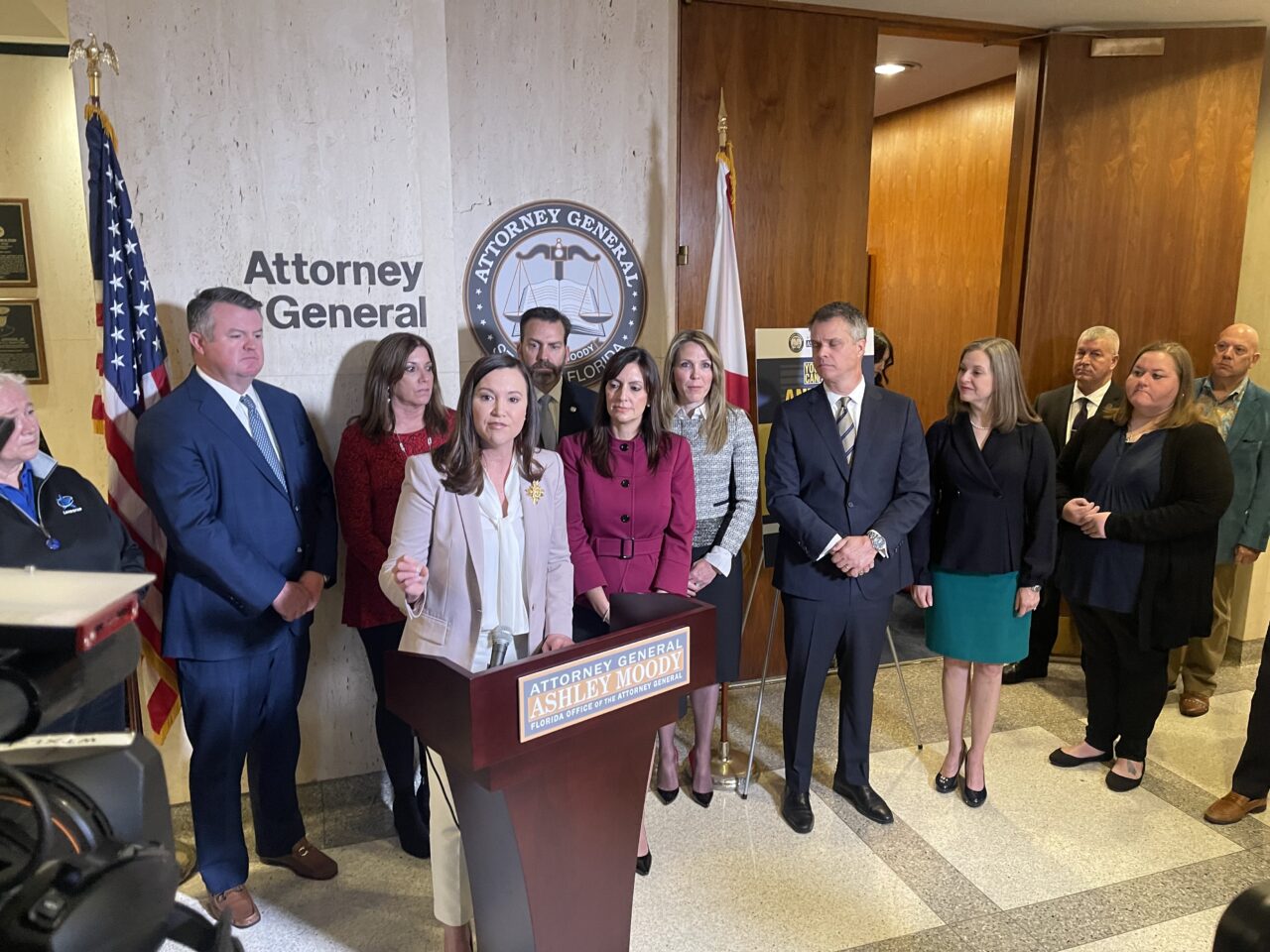 Florida ranks third with in the U.S. in reports to the national human trafficking hotline.

Dubbed the 100% Club, the initiative invites business owners to join other companies in vowing to train staff to spot and report instances of human trafficking.

The companies, Moody suggested, will serve as partners to police.

“We can’t be everywhere,” Moody said of law enforcement. “I wish we had a tremendous law enforcement presence in every area of our state to watch out and protect citizens. But we need partners in the community.”

Florida will provide cards to all club members that feature the physical and verbal signs of human trafficking. The cards will also boast Florida’s new human trafficking hotline number — the first, Moody said, of its kind.

PGT Innovations in Central Florida — one of the state’s largest window and door companies — is among the first members to join the 100% Club.

“We own this as a corporation (and) as a company,” Jackson said alongside Moody and Lt. Gov. Jeanette Nuñez. “We own this, as business leaders. We have to do this. We have to make a difference.”

Moody and Nuñez are among the state’s most vocal advocates against human trafficking. Speaking at the press conference, Nuñez described human trafficking as a “threat on the radar of Gov. Ron DeSantis.”

Florida, she notes, ranks third in the U.S. in reports to the national human trafficking hotline.

The initiative builds upon past efforts by Moody and others. Ahead of Super Bowl LV, Moody spearheaded an initiative with hotels and Uber to place human trafficking awareness signage across Tampa.

Rep. Toby Overdorf highlighted legislation lawmakers will consider in the 2022 Legislative Session. This year, he said, the state is hoping to train fire inspectors to spot signs of human trafficking.

“These folks are going to be out there going to places that many of us will never be able to go,” Overdorf said.

The proposal (HB 615) would empower the Statewide Council on Human Trafficking to develop the training.

Representatives of the Florida Restaurant and Lodging Association, as well as the Florida Chamber Safety Council, also attended the event.

“We are committed to being part of the 100% Club along with the Florida Business community,” the Chamber said in a statement.