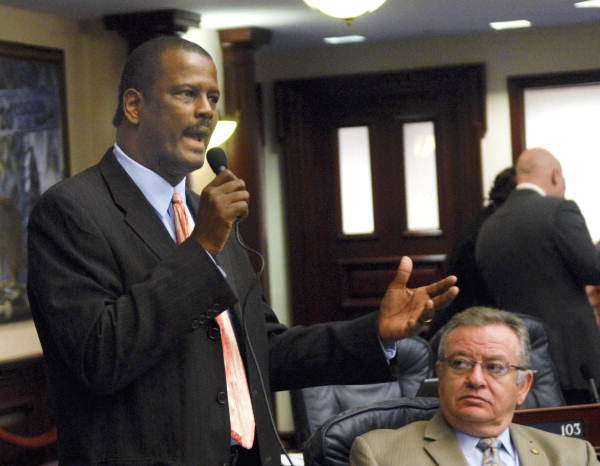 Bush is a former president of the Southern Christian Leadership Conference, which Dr. King founded in 1957.

Bush’s selection is fitting. The Opa-locka Democrat, who represents House District 109, is a former president of the Southern Christian Leadership Conference, the civil rights organization King founded one year after the 1956 Montgomery bus boycott.

In a statement, Bush called his selection “a privilege and honor” and said he looked forward to further honoring King, whose funeral he attended as a young man. That experience, he said, inspired him to follow in King’s footsteps.

“I made it a part of my life’s mission to honor and continue to keep the legacy of Dr. Martin Luther King alive for everyone whenever possible,” said Bush, a longtime participant of the event. “The continued teaching about the life and legacy of Dr. King allows for ongoing understanding and unification of the community. This is also what I strive to accomplish daily for my community.”

The day’s festivities will begin with an 8 a.m. 5K run and fitness walk at the MLK Plaza Metrorail station. Runners should arrive for registration between 6:30 and 7:45 a.m.

The parade is scheduled to commence at 11 a.m. It will run for eight miles on Northwest 54th Street, which King traveled during visits to Miami, between Northwest 10th and 32nd avenues.

Then, from noon to 5 p.m., the 2022 MLK Holiday Family Festival will take place at Martin Luther King Jr. Memorial Park, complete with live music, dance, theater, games, sport and physical challenges, a marketplace for vendors of various goods and, of course, a food corner where attendees can sample different cuisine, including soul food, creole and traditional Caribbean and African dishes.