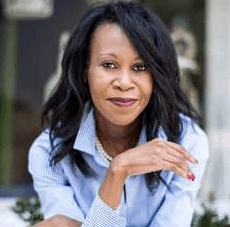 She faces Republican Janet Frevola in the race.

Republican Vennia Francois has topped the $100,000 mark in fundraising for her campaign to win the seat opening in House District 44 in western Orange County.

Francois reported raising $26,350 in December for her official campaign fund, bringing it to a total raised of $74,350. Her independent political committee, Families for Freedom, did not report any new money in December, but ended the year having collected $32,845. Combined, the two funds came into 2022 with just over $101,000 left in the bank.

Francois, a lawyer from Windermere who was the Republican nominee in Florida’s 10th Congressional District in 2020, is one of two Republicans bidding for the western Orange County seat being vacated by Democratic Rep. Geraldine Thompson, who is running for the Senate.

Republican Janet Frevola reported raising virtually no money in December. She entered January with $8,000 raised and about $7,200 in the bank.

No Democrats have filed to run yet.

The district had been a longtime Republican stronghold that swung to Democrats in 2018, and was kept by Thompson in the 2020 election. However, it is likely to be significantly changed by redistricting this year.

Though Francois officially started her campaign in September, she hosted a campaign fundraiser in December that was billed as her campaign kickoff. Her campaign said it raised almost $30,000.

“I could not be more grateful or proud of our success in such a short period of time,” Francois said in a news release Thursday issued by her campaign. “My supporters, volunteers and my campaign team are the best.”

“My motivation for running is the same reason I have supported and served on the many non-profits through the years — to improve the lives of people and to strengthen community,”  Francois said in the release. “I also want to add my support to Governor DeSantis’ fight of protecting our citizens from the overreach of Washington, D.C.”