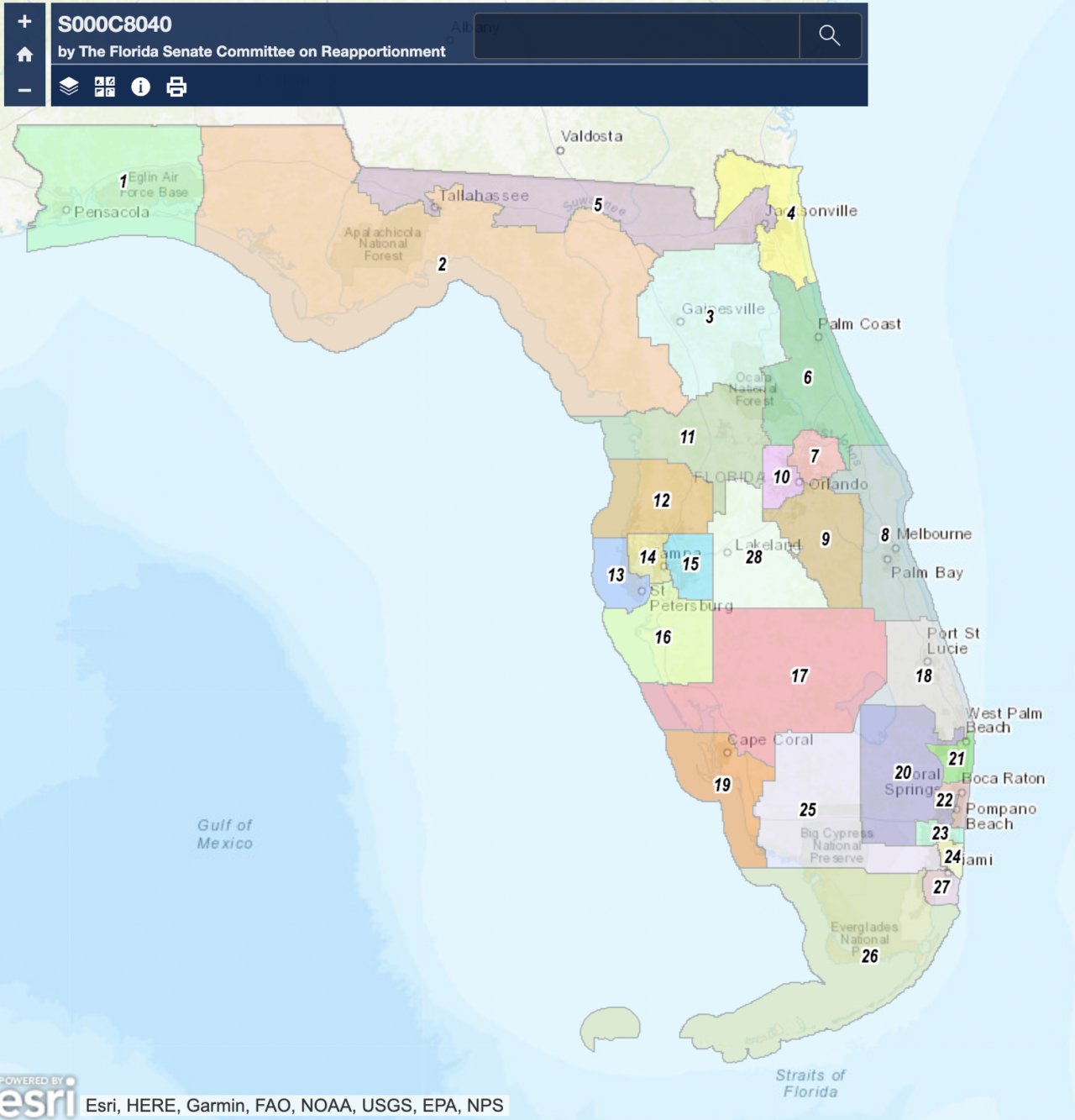 Now comes a floor vote while the House finalizes its map.

The formal bill (SB 102) takes a map crafted over months (S 8040) and turns it into legislation. The map preserves the same number of Black and Hispanic majority-minority and effective minority districts in the state.

Sen. Ray Rodrigues, the Estero Republican who chaired the committee, praised Senate staff cartographers for completing maps earlier despite the pandemic forcing a late start. “For those on the outside, I don’t think they know how Herculean the task was,” he said.

The map initially passed unanimously, but later Sens. Darryl Rouson and Audrey Gibson changed their position to no votes.

Rouson, who earlier this week offered an amendment that addressed a Tampa Bay controversy, said he’s been left with “stomach burn” over the vote. “The map splits the city of Tampa and draws Pinellas voters into a historically Tampa district,” the St. Petersburg Democrat lamented.

That’s not necessarily evidence that the map will generate a boost to Democrats. So far, three members of Congress from Florida have announced they will not seek another term: U.S. Reps. Charlie Crist, Val Demings and Stephanie Murphy. All are Democrats.

Demings this year will run for U.S. Senate and Crist for Governor. Murphy announced she would not seek another term.

MCI Maps’ partisan performance analysis shows Crist’s district, Florida’s 13th Congressional District, would remain one of the most closely divided in Florida under the map. Biden carried it, but with 50.2% of the vote. Murphy’s district, Florida’s 7th Congressional District, went to Biden with 53.2%. Demings’ district appears to remain a safe blue seat on the Senate-proposed map, with Biden earning 61.5% of the vote in 2020.

The process has drawn out critics, who are mostly concerned with minority representation. Stephen Miguel of Latino Justice spoke out against the proposed map, saying the Senate cartographers erred in only protecting the same number of minority access districts as there were on a court-produced map in 2015. That’s despite 1.5 million more Hispanic voters in the state of Florida than were counted in the 2010 Census.

“When this adds a new seat in Florida, you have a white majority district despite the fact population growth was influenced by Latinos,” he said. “You maintain White political power despite relevant stagnant status.”

The League of Women Voters Florida also suggested a closer look at 2020 Census numbers to see if there should be more majority-minority or effective minority districts.