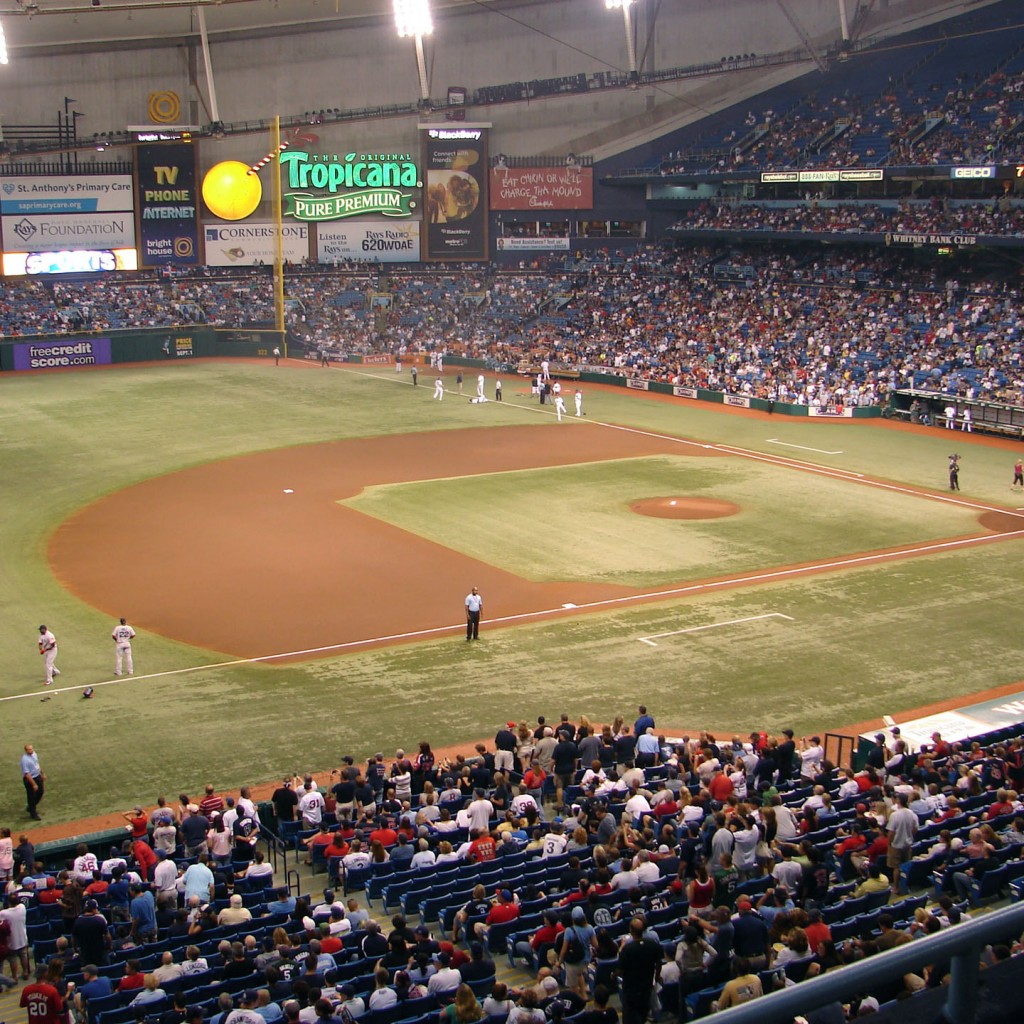 Team owner Stu Sternberg said plans for a possible stadium for the team in Tampa are 'in a great spot.'

Major League Baseball’s executive council ended the Tampa Bay Rays’ plan to split the season between Florida and Montreal. The decision leaves the Rays’ future in limbo, but it will likely accelerate talks to get a full-time stadium built somewhere in the region.

He called the news “flat-out deflating.”

The club, plagued by chronically low attendance at Tropicana Field in St. Petersburg despite having one of MLB’s top teams, has bounced between Tampa and St. Petersburg for years while searching for a new home.

The team aggressively pushed a plan to play half a season in the Tampa Bay area, then move to Montreal for the second half. Sternberg said he had the green light from MLB, but “recently it took a turn to the south. I’m not sure why.”

In the last several months, the Rays appeared to zero in on Ybor City in Tampa as a possible stadium site. While supportive of helping the Rays get that project done, Tampa Mayor Jane Castor stressed that any financing plan would not include taxpayer money.

“The conversations were very far advanced. They were all related to the sister city concept, however,” Sternberg said. “We’ve had a great relationship with the people in Hillsborough (County) and with Tampa. I know they were working very hard on their behalf, on our behalf, and most importantly on the citizens’ behalf in trying to craft something together they thought was going to be helpful for the city, and for Hillsborough, and quite frankly for the Tampa Bay region.

“So, going forward, I know our paths are going to cross, and we’re going to be engaged with them. I think they’re in a great spot for, you know, trying to get this through.”

Castor, who was in Washington for meetings, released a statement upon hearing the news.

“All along, our goal has been to keep the Rays in Tampa Bay. We had been working on both sister city and full season proposals, and now we can focus all of our energy on a full season,” she said. “I am optimistic the Rays will call Tampa Bay home for many years to come.”

St. Petersburg Mayor Ken Welch said his city is not giving up on keeping the Rays.

“We are working with our county partners and City Council to put together the best plan possible, which will work in conjunction with my planned evolution of the Tropicana Field master development proposals,” he said.

“With this collaborative approach, I am confident we can partner with the Tampa Bay Rays to create a new and iconic full-time home for Major League Baseball in St. Petersburg while also achieving historic equitable economic growth.”

The Rays abandoned two previous attempts to build a stadium in the region.

In 2007, the team unveiled a plan for a ballpark on the current site of Al Lang Stadium in downtown St. Petersburg, but dropped it after pushback from citizens.

In 2018, the team revealed plans for an $892 million stadium in Ybor, but that proposal collapsed over financing issues.

That led to the sister city concept, which appeared like a long shot all along. It would have faced numerous logistical problems along with needing stadiums in two cities. Despite the skepticism, Sternberg stuck with the plan. He repeatedly said the Rays would not be a full-time team in Tampa Bay after their lease was up following the 2027 season.

He retreated from that stance Thursday, saying he wouldn’t “rule out the possibility of a full-time team” here.

Completing a stadium in time for the 2028 season now faces a serious time crunch.

“We’re going to have to hit the ground running,” Sternberg conceded.