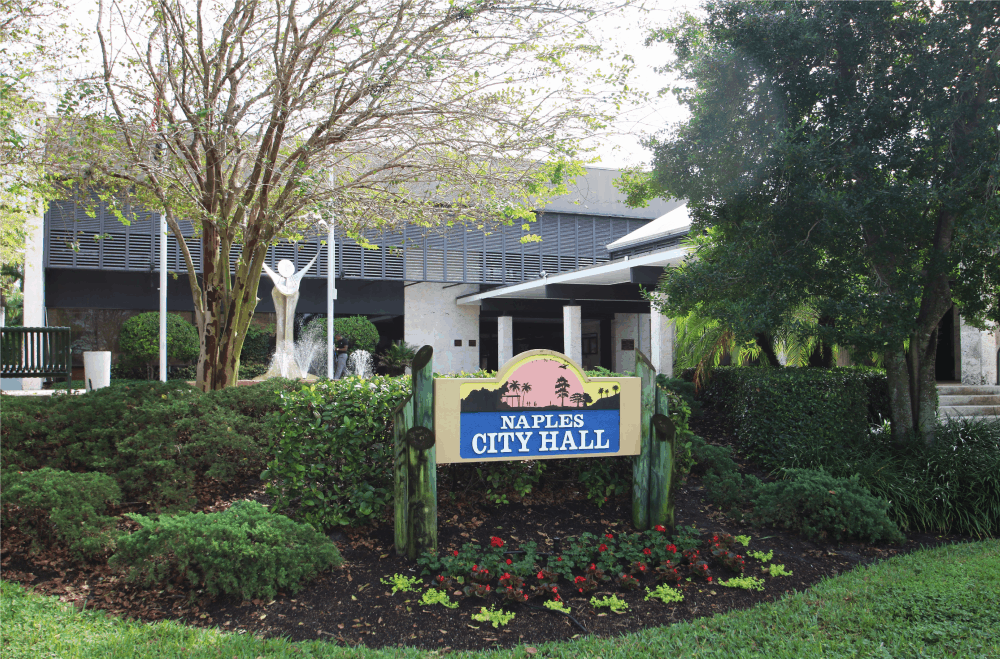 Will Beth Petrunoff or John Dugan nab a third seat at the dais?

A poll of the upcoming elections in Naples shows incumbent Council members Ray Christman and Terry Hutchison in strong position to win re-election. But there’s a battle for a third available spot at the dais.

The poll from Victory Insights, which has a presence in Naples, released results from a survey taken ahead of the Feb. 1 municipal election. The at-large race puts five candidates on the same ballot, with the top three vote-getters winning seats.

While the pollsters acknowledge such races are difficult to gauge, a survey considering voter rankings of candidates modeled the election and offered a prediction on results if the vote happened today.

It found Christman and Hutchison with strong support.

Ultimately, the poll concluded Hutchison had a 94% chance of winning a seat, and Christman had a 91% chance. Since Hutchison was a first choice for 53% of those surveyed and Christman was the top selection for 35%, that makes it likely both will finish in the top three and get another term on the Council.

Beth Petrunoff appears the next most likely to win a seat, and pollsters give her a 74% shot at winning. But she’s down in the rankings far enough that there is no guarantee. The pollsters still give John Dugan about a 36% shot at nabbing a seat.

That’s because the opportunity to vote for three candidates — with no requirement to vote for more than one — complicates prognostications. Many voters will likely “bullet vote,” casting a ballot only for their top choice in hopes of improving their chance of winning a seat.

Petrunoff is the first choice of 10% of voters, while Dugan is the top candidate for only 2%. But he’s also the third choice for 26% of those surveyed. Petrunoff still makes the top three rankings for more voters surveyed than Dugan.

Yet Dugan also appears to be the most popular candidate among Naples Republicans, which means with particularly strong GOP performance in this election, Dugan could overperform and win a seat.

“The question remains: Will Dugan or Petrunoff claim the final City Council seat? The answer to this question depends on a number of factors,” a polling memo stated. “Simulations give Petrunoff a 74% chance of finishing in the top three, compared to only 36% for Dugan. On a related note, Petrunoff is predicted to finish with more votes than Dugan, but only by approximately 3%. In a poll like this one with a limited sample size, a 3% difference between candidates is certainly within the margin of error.

“In addition, Dugan’s vote share could jump considerably if he’s able to get non-traditional municipal voters out to the polls. In other words, if he’s running a [Donald] Trump-esque campaign, he needs general Trump supporting voters to get out and vote.”

The clear loser in this poll was Ian Rudnick. No voters selected him as their first choice, and only 5% placed him in the top 3.

“Nevertheless, we can’t forget that this race is not yet over, and thus the election has not yet been decided. In the final two weeks of their respective campaigns, candidates may launch last-minute outreach, alter their strategies, or connect with new voters. Until then, this data is our clearest window into voters’ minds,” the memo said.

previousWinner and Loser of the Week in Florida politics — Week of 1.16.22