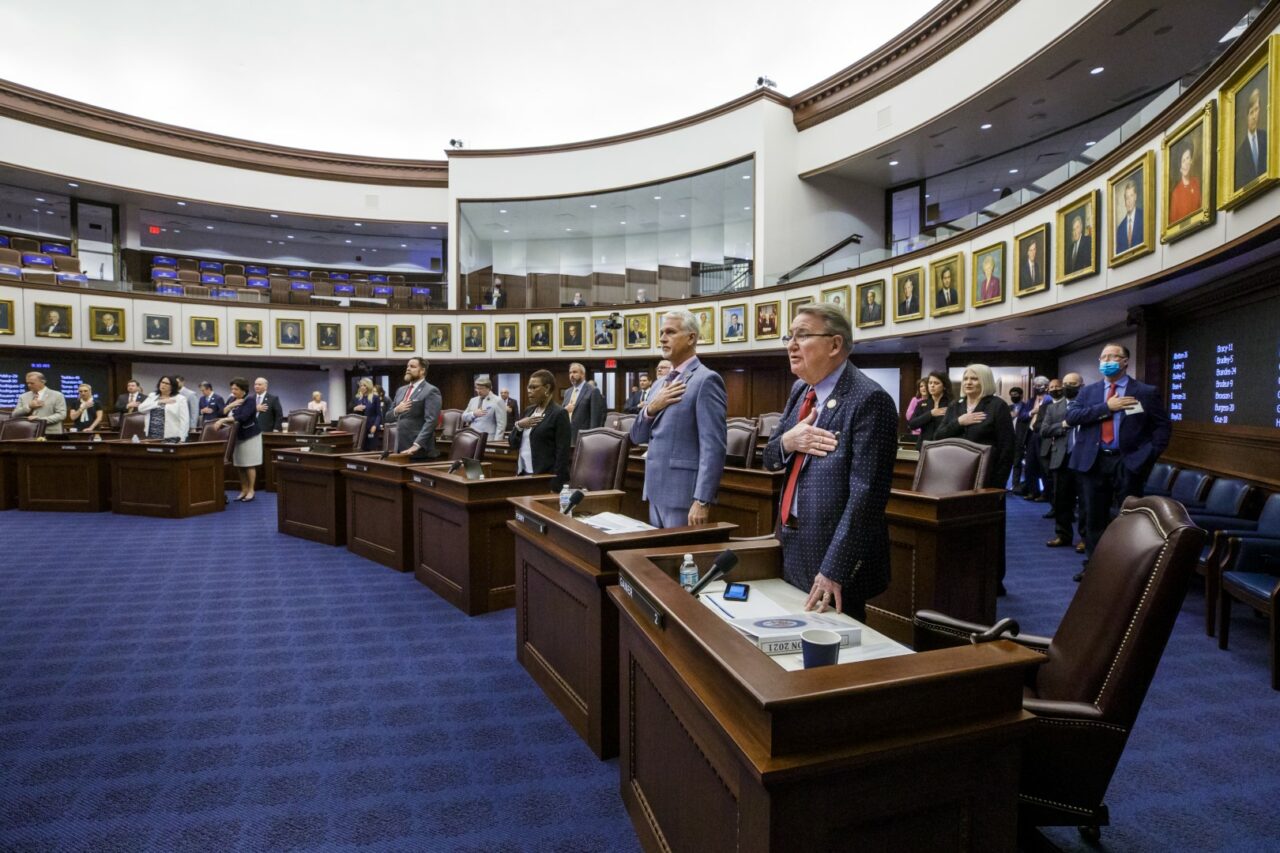 Your tax dollars at work, people.

The legislative session is only two weeks old and the reliably witless Sen. Joe Gruters (R-Somewhere Up Trump’s Rump) is moving a bill to fine professional sports teams if they don’t play the national anthem.

Wait, you say, aren’t the Heat and the Magic, the Bucs and the Jaguars, the Rays and the Marlins and the rest of the millionaire menagerie already playing the national anthem?

If you’re wondering why we must have the national anthem in the first place — I mean, these are sports teams, not soldiers going to war — the answer is that here in Florida, the Hong Kong of North America, patriotism isn’t optional.

In other pressing legislative news, elected representatives are debating whether strawberry shortcake should become the state dessert.

Your tax dollars at work, people.

Of course, there’s a sound argument to be made that it’s better they occupy themselves with this sort of nonsense than carry on enacting our thug Governor’s agenda.

A bill outlawing abortion after 15 weeks (identical to the one from Mississippi now awaiting a U.S. Supreme Court decision) looks likely to sail through on a wave of misogyny.

The bill makes no exception for rape or incest, but, like, so what? Chair of the Senate Committee on Children, Families, and Elder Care and founder of “Latinas For Trump” Ileana Garcia says that doesn’t matter because only “perhaps one percent” of pregnant rape victims seek an abortion.

So that’s all right, then. The state of Florida will not interfere with a rapist’s freedom to impregnate his victim.

Nor will your elected representatives give up their freedom to decide what’s best for you — no matter what you think you want.

Rep. Mike Beltran, (R-Harvard Law School — he really likes people to know that about him) thinks that citizens really shouldn’t worry their pretty little heads about amending the Florida Constitution.

His HJR 1127 would confine citizen ballot initiatives to “matters relating to procedural subjects or to the structure of the government.”

Over the past two decades, Floridians have been fed up to the back teeth with the Legislature’s refusal to deal with issues that matter to them — what the aptly-named Rep. Spencer Roach of North Fort Myers called “frivolous things” — small stuff such as protecting the state’s environment, restoring ex-felons’ right to vote, raising the minimum wage, and allowing the use of medical marijuana.

Citizens launched petitions, collected signatures, got their proposals on the ballot, and voted them in.

Republicans claim these citizen initiatives are the sinister work of “special interests” and “out-of-state money.”

But political abstractions don’t vote: The people of Florida do.

Beltran says the Constitution is a “revered document.”

By whom is it revered? Not the Florida Legislature.

In 2002, the people of Florida demanded smaller classes through a ballot initiative. The Legislature’s been ignoring this constitutional imperative for 20 years.

In 2014, 75% voted for the amendment to spend some of our documentary stamp revenue on buying conservation lands.

Our Republican masters have fought that in court for eight years.

They think only they should have the power to amend the Constitution. You, insignificant little citizen-loser, should sit down and shut up.

Unless you want to destroy public education in Florida. Then by all means show up to a school board meeting, scream, and demand that your children be protected from the unhappier chapters of American history.

The Florida Senate returned from the Martin Luther King Jr. holiday and honored the great civil rights leader by taking up a bill that tries to shield children from certain unpleasant facts.

God forbid kids should discover that those injustices still haunt our police, our courts, our universities and our financial institutions.

It might hurt a kid’s (a white kid’s) feelings.

America is the greatest country in the universe and everything is fine now.

Last summer, some woman accused a Dunedin high school teacher of seducing young people into pinkoism: “Call it CRT or whatever you want,” she barked. “It’s still Marxist indoctrination of our youth.”

Pretty sure that woman wouldn’t know Nell Irvin Painter’s work from a barrel of dead squirrels.

Also pretty sure she just saw “1619″ in the title and her head exploded.

Teacher Brandt Robinson was not, in fact, trying to foment revolution.

As he says to his students, “My job is not to teach you what to think. It’s to help you be a better thinker,” part of “preparing citizens to be functional wonderful citizens in a democracy.”

That’s where he went wrong. The rulers of Florida don’t really like democracy.

And the Governor and Legislature sure as hell don’t want you to go around thinking.