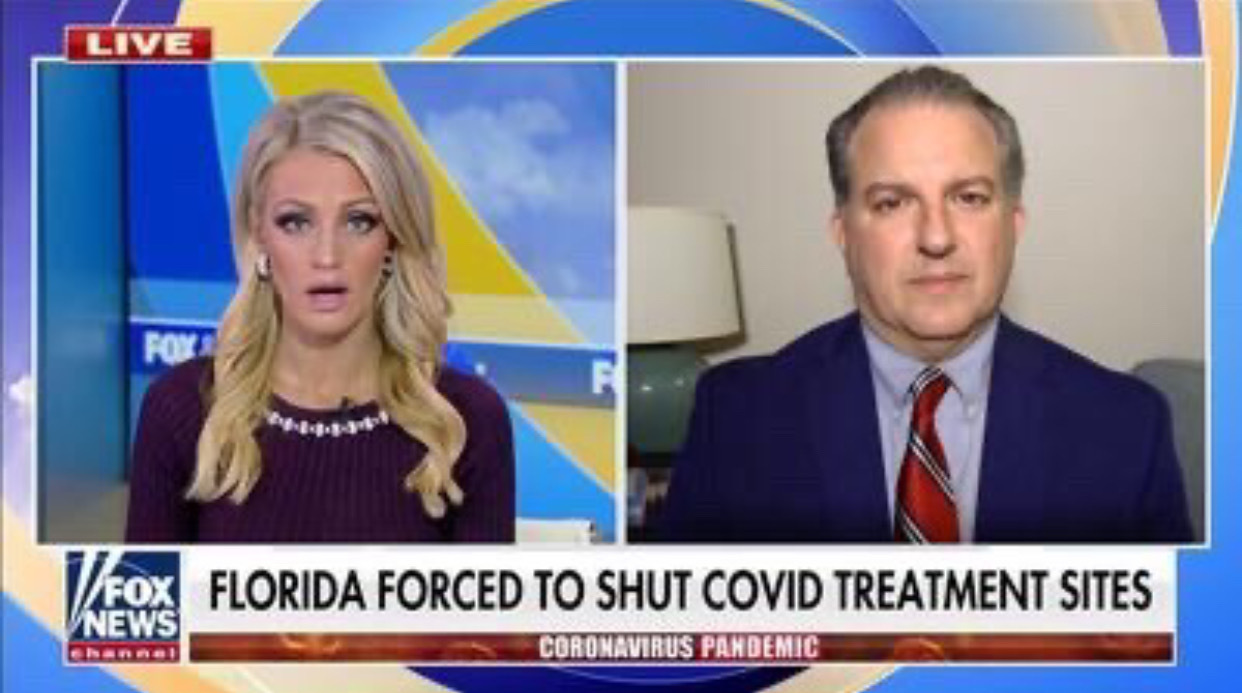 'This was a unilateral decision by the FDA.'

Florida’s Chief Financial Officer is calling the decision by the Food and Drug Administration (FDA) to withdraw authorization for monoclonal antibody treatments “heartless” and questioning its logic.

“Without warning, the (Joe) Biden administration yanked these lifesaving treatments from Florida. This is heartless. They’re so vaccine and mask obsessed. But people are still getting COVID,” said CFO Jimmy Patronis. “I just don’t understand. Why fight the early treatments now?”

Presented with the FDA position that monoclonal treatments are highly unlikely to be effective against the omicron variant, Patronis stood his ground, saying this was yet another political gambit from the Biden White House.

“This was a unilateral decision by the FDA. To me, they’re not being transparent. But this is nothing new from this administration. Playing games with Florida. One thing I’ve learned over the last year is that political science wins over real science all the time,” Patronis asserted.

Patronis made the comments on Fox and Friends First.

The CFO’s comments echo high dudgeon from DeSantis, who has communicated outrage since Monday night about the decision to halt use of monoclonal antibody treatments, which have been key to the state’s COVID-19 treatment and messaging strategies for months.

“Let’s just take a step back here just to realize how crazy this is,” Psaki said during a press briefing. “These treatments, the ones that they are fighting over, that the Governor’s fighting over, do not work against omicron and they have side effects. That is what the scientists are saying.

“We have sent (Florida) 71,000 doses of treatments that are effective against omicron, and also effective against delta. And they are still advocating for treatments that don’t work. We have seen, unfortunately from the beginning, unfortunately from the mouths of elected officials, people advocating for things that don’t work,” Psaki added.

previousSunburn — The morning read of what’s hot in Florida politics — 1.26.22