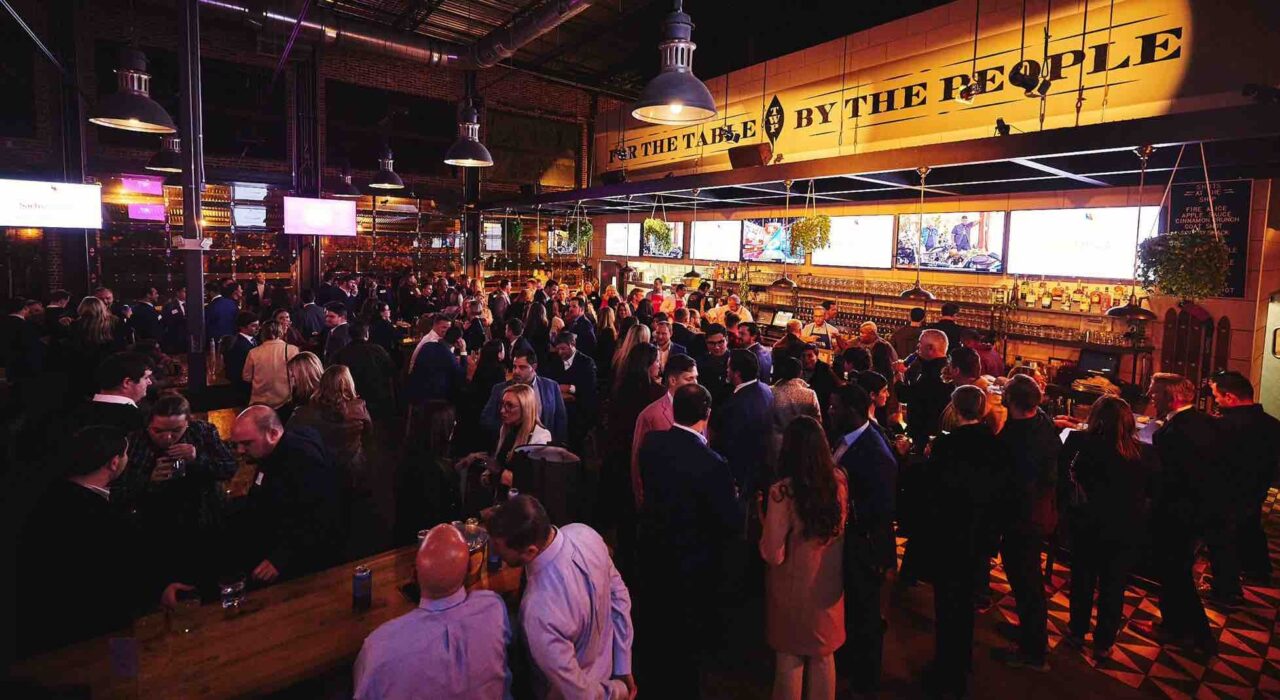 'We are all winners because it’s for all dogs and cats.'

Although it’s only two weeks into the 2022 Session, there was a definite Sine Die vibe Tuesday night at the Township Bar for the seventh (almost) annual Red Dog, Blue Dog fundraising event.

Despite sub-50 degree temperatures and a persistent cold drizzle that kept the CollegeTown watering hole’s garage doors closed, a buzzing crowd of hundreds stood five-deep at the bar to order up a Das Mule (Red) or a Garden Party (Blue) cocktail from Legislative Republican and Democratic guest bartenders hustling for tips for charity. Even the most die-hard partisans could agree about the night’s cause — the health and welfare of companion animals.

Sara Clements, one of the event organizers, was hoping the large crowd and increased sponsorship would double the nearly $10,000 take from 2020, the last time the event was held because of COVID-19 concerns.

By the end of the evening, the 2022 event was on target to quintuple that number.

Credit goes to Sen. Aaron Bean, a licensed professional auctioneer who suggested and offered his services to Red Dog, Blue Dog, as he has for other charitable events. Despite the worst system in the history of amplified sound, he was able to encourage participants to bid more than $35,000 for the chance to sit down and share a meal with Senators and Representatives.

While it was unclear whether the Republicans or Democrats would rake in the most tip money from the evening, Bean declared, “We are all winners because it’s for all dogs and cats.”

Clements and other organizers were pleasantly shocked by the evening’s take, which benefits three Tallahassee animal rescue organizations.

“Our board is going to lose it when I tell them,” said Sandi Poreda, board president of the Leon County Humane Society, one of the fundraiser’s beneficiaries. It’s a bright spot, she said, after the organization has had to cancel its major fundraiser two years in a row because of the pandemic. She remembered the first Red Dog, Blue Dog, which netted $1,300 from two bartenders, Matt Gaetz and Alan Williams.

Before the auction, GrayRobinson lobbyist Angela Drzewiecki was describing how her side-hustle charity, Last Hope Rescue, was hoping to take a heartworm-positive mother dog and her six puppies, limited only by funds and willing foster families. At the end of the night, at least half of her problem was solved.

The evening’s proceeds will be equally split by the Humane Society, Last Hope and Tallahassee’s Animal Shelter Foundation.

Guest bartenders included Sens. Bean, Jason Brodeur and Joe Gruters and Rep. Demi Busatta Cabrera on the Red Team. Sens. Shevrin Jones and Sen. Jason Pizzo and Reps. Michael Grieco and Michelle Rayner were slinging drinks for the Blue Team. Sen. Lauren Book stepped in to cover for Jones after he had to leave.