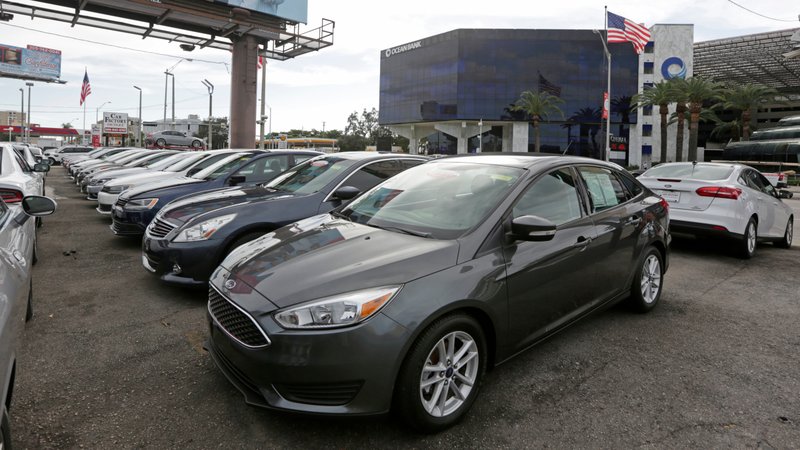 A Texas-based online car dealer is named in an administrative complaint from the Florida Department of Highway Safety and Motor Vehicles (FLHSMV) that claims the dealer has failed to transfer titles to buyers within the state’s required 30-day timeframe.

An FLHSMV spokesperson confirmed with Florida Politics that the department filed a complaint against Vroom, an online marketplace for used cars, at the start of January. The complaint alleges Vroom failed in 47 cases to transfer the vehicle title in accordance with Florida law, which gives dealers a 30-day transfer deadline. The news was first reported by WFLA.

Vroom, which must address the complaint within 21 days of receipt, has multiple options. The company can dispute the allegations or it can settle and pay a fine of $23,500. The settlement amount is the sum of each case filed against the company, which brings a $500 fine.

If Vroom decides to challenge the complaint, it could be subject to more severe penalties, including suspension or revocation of its dealer’s license.

Vroom responded to Florida Politics with a statement, saying the company plans to continue working with the department and customers to solve the issues.

“Our goal is for every customer to enjoy their vehicle from the moment their purchase is complete,” the statement reads. “As consumers turn more and more to buying cars online, we are investing significantly in our people, processes and operations so every step in getting a customer their vehicle is an experience they deserve. We are committed to continue working with customers and the Florida Department of Motor Vehicles to solve any issues Florida residents might have at any point of that process.”

And Vroom doesn’t seem to be the only dealer struggling to meet the 30-day title transfer deadline. Near the end of last year, the state filed two administrative complaints against Arizona-based online car dealer Carvana, according to a report from WFLA. The car dealer is at risk of losing its dealership license if the issue is not addressed by the end of January.

Missing or delayed title transfers are the most common complaint the department receives, a spokesperson from the FLHSMV told Florida Politics.

“If the department receives a complaint regarding a dealer, it will work to review the complaint and, if any violations are found, work to gain voluntary compliance with the dealership to resolve the issue for the customer and provide the customer all possible resources,” an FLHSMV spokesperson told Florida Politics in an email. “Based on the nature and frequency of complaints, the department may place a dealership on a regular review schedule to ensure their compliance or recommend administrative action against the license.”

Some lawmakers also are hoping to address these title issues.

Sen. Tom Wright and Rep. David Smith filed legislation (SB 1346, HB 1517) that would get rid of the 30-day timeline dealers have to transfer titles, striking out words that give the state regulators power. However, the bill is getting a makeover in order to provide better guidelines to benefit both consumers and local dealers, co-sponsor Rep. Andrew Learned told Florida Politics.

Learned, a Brandon Democrat, has worked with Smith to amend the bill by tightening its original, broad language. Learned said the amendment, which will be presented once the bill hits its first committee, would require dealers to transfer the title, changing the language from “should” in the original version to “must.”

Under the amendment, the only impact the bill would have is extending the timeframe a dealer has to transfer titles to new owners — from 30 days to 45 days.

“The only thing we’re doing is we’re giving them an extra two weeks, going from 30 days to 45. And we’re making the entire bill sunset with the Governor’s Executive Order on COVID, so it’s a temporary measure just in this pandemic challenge,” Learned said.

Why was the bill brought in the first place? Learned told Florida Politics local car dealers have been struggling to keep up under the pressures brought by the pandemic and rising inflation. They just need a little extra time to close on the titles, he said.

“Nobody’s trying to condone bad behavior of people that are not looking out for consumers,” Learned said in reference to larger dealers delaying the process. “We are trying to help local dealers who are trying to do the right thing.”

“I actually have a couple new ideas I want to go talk to Rep. Smith about,” Learned said. “Nothing in this bill is forgiving them for their current violation of the current law. We’re not carving them out of that.”