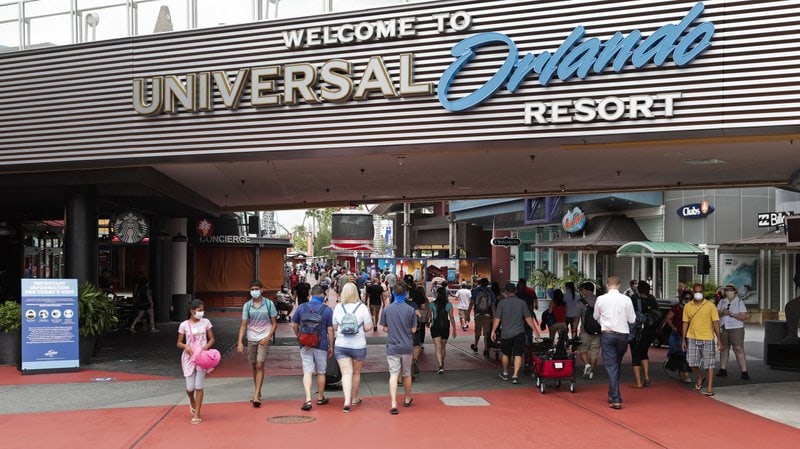 'Epic is full steam ahead.'

By the summer of 2025, Universal’s new theme park Epic Universe will open, intensifying the company’s competition against Disney World.

The company confirmed Thursday the new opening date for Epic Universe after the project’s construction delay during the pandemic.

Universal is building a new theme park complete with shopping and hotels on land not far from the Orange County Convention Center. Officials announced the project in 2019 with much fanfare. The project was delayed during the height of the pandemic because of economic uncertainties and resurrected in early 2021 as Comcast said it were resuming work again. Theme park fans are waiting for Universal to announce more details on which rides will be included.

“That was one we just wanted to be a bit careful about last year but kept it warm, and we’re off and running,” Comcast Chief Financial Officer Mike Cavanagh said in March 2021.

Comcast CEO Brian Roberts acknowledged Thursday, “As I look back over COVID, one of the things I wish we could redo” was falling behind on the park’s construction.

“We’re going to make a fabulous park at Epic,” Roberts told investors during the earnings call. “We’re going fast as we can now to make up for lost time.”

For Comcast, the omicron variant isn’t stopping Universal’s theme parks from making money. In fact, the parks generated $1.89 billion in revenue, which executives touted as historic. The quarter’s revenue jumped 191% compared to 2020’s fourth quarter, during a time when most people were not vaccinated and many stayed at home in fear of the virus.

“We just reported the most profitable fourth quarter on record, with demand especially high in Orlando, which has the best quarter in the company’s history for any quarter,” Roberts said.

Executives said what helped Universal’s parks recover is the company continued to invest in new rides, such as Orlando’s Jurassic World VelociCoaster that debuted in the summer of 2021. The quarterly attendance at the theme parks was “strong” and people were spending more money than they did before the pandemic, generating high per-person spending, Cavanagh said.

In Florida, the omicron variant has not hurt the theme parks, although international tourists have not returned in full numbers despite the U.S. government lifting airline travel restrictions this fall, executives said.

“We have a lot of growth ahead,” Shell said. “Our international visitation has not returned to what it was historically … in Florida.”

Overall, Comcast generated $30.3 billion in revenue during the fourth quarter. Executives said the stock dividend has increased by 8% to $1.08 per share and the company is raising its stock buyback authorization by $10 billion.