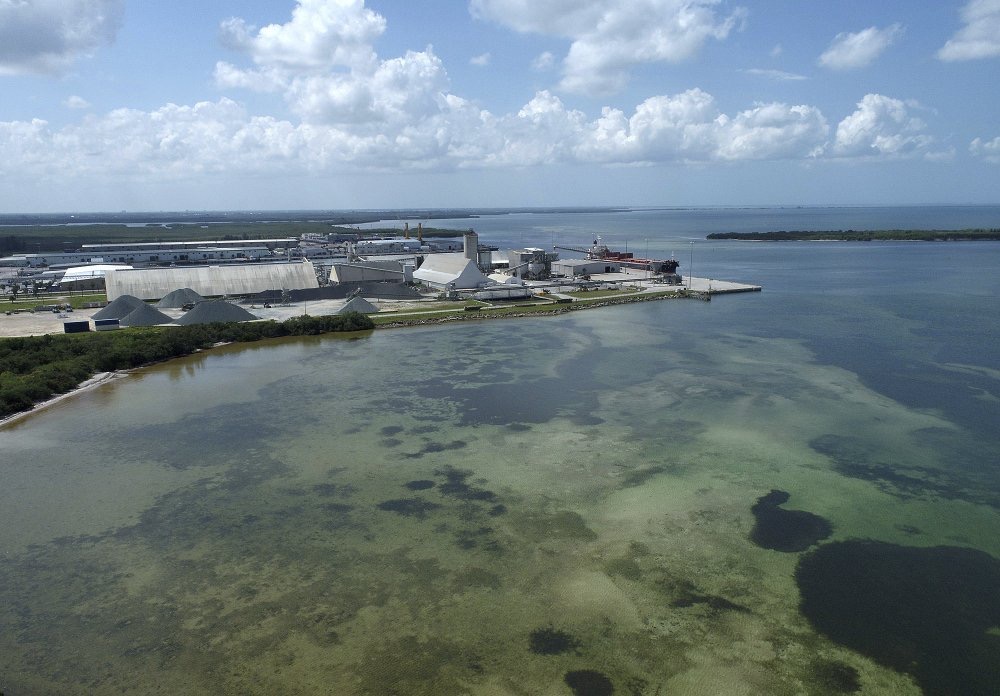 The water was packed with nutrients that fuel karenia brevis, the organism that causes red tide. The bloom and resulting fish kills traveled deeper into Tampa Bay than any has since 1971.

Since the anomalous event, scientists and researchers have been studying how much of an effect the spill had on July’s red tide. During a presentation to the state’s Harmful Algal Bloom Task Force, the Florida Fish and Wildlife Conservation Commission’s Kate Hubbard said the answer is complicated.

“It’s not uncommon to have karenia brevis in Tampa Bay. But in terms of having the concentrations that we had at the time of year and then also reaching as far into the bay that we had, that’s fairly unusual,” Hubbard said. “There are a lot of factors that likely contributed to the bloom in Tampa Bay.”

The Piney Point leak wasn’t the troubled site’s first. There were leaks in 2003 and 2011 that didn’t result in any harmful algal blooms. And it’s clear that the bloom wasn’t caused solely by Piney Point, but rather, may have been intensified by it.

“There’s an estuary, so there’s estuarine circulation. There’s tidal circulation moving things around,” Hubbard said. “So it’s a very dynamic place. The nutrients would have moved around a bit in terms of being transported by the currents in the bay.”

The Piney Point leak stopped in early April. By the end of the month, karenia brevis was seen at the mouth of the bay. By May, it was in the middle bay. And even with the bay’s dynamics and circulation, historical data shows that’s farther than it usually goes. Red tide normally doesn’t make it past the Skyway Bridge.

Usually, a different algae-causing organism, pyrodinium bahamense, dominates the upper bay. But overlaying the 2021 bloom with the 1971 bloom shows a number of similar environmental factors.

Both blooms peaked in July and followed unseasonably dry weather, which can lead to higher levels of salinity.

“There’s a decent amount of overlap there,” Hubbard said. “This is something that likely contributed to karenia’s ability to persist in the bay, but also in terms of its ability to survive further north in the bay than we would see in a normal year.”

Timing also played a factor. The 2003 and 2011 spills occurred at different times of the year when different conditions were present in the bay. Circulation has seasonality too. Hubbard said the 2021 spill happened at a time when circulation was moving water in the bay around more than normal.

When a red tide bloom moving up the coast from the south interacted with nutrients from the Piney Point spill, they likely increased the intensity of the bloom.

But Hubbard said even without Piney Point, it’s likely the bloom would’ve still made it into the bay.

Piney Point, and the more than 20 other gypsum stacks around the state, still pose a significant threat to Florida’s ecosystem. Sen. Jeff Brandes and Rep. Ben Diamond filed legislation this Session to increase monitoring of gyp stacks and reporting of issues. It also would create a public database of stacks and any incidents or issues. Gov. Ron DeSantis also allotted $100 million to close Piney Point. Work on a 3,300-foot-deep injection well began in December.