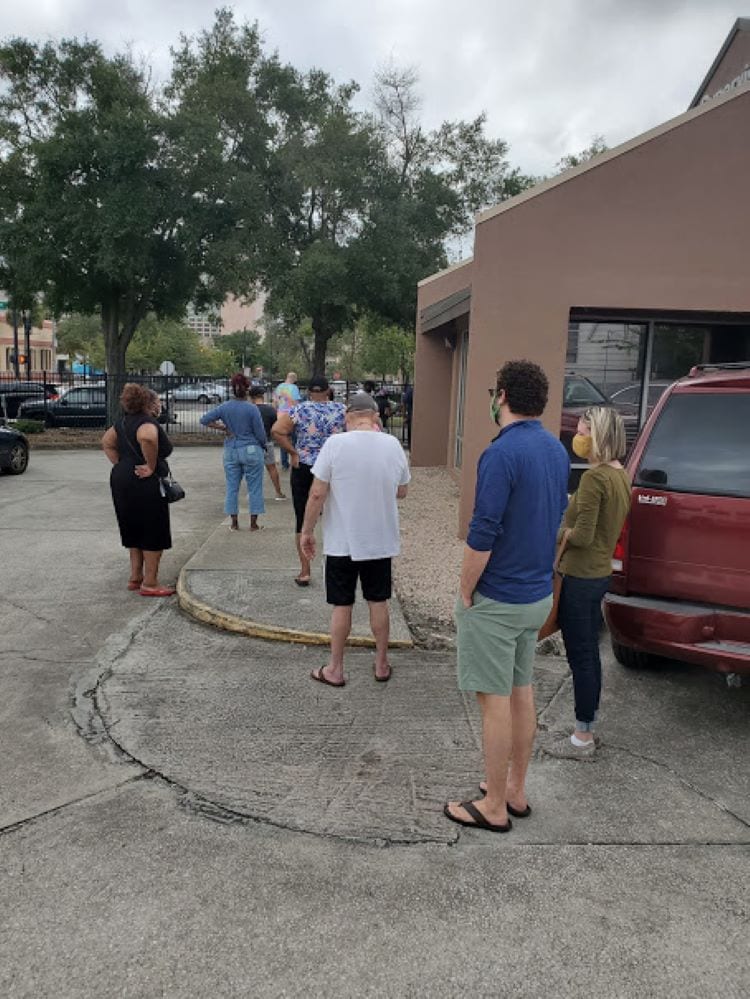 A trial has begun on a federal lawsuit challenging Florida's new voting laws.

A federal trial regarding Florida’s voting reform laws began Monday, with those suing to overturn SB 90 portraying the bill as something akin to death of voting rights by a thousand cuts. The defense, meanwhile, sought to describe each cut as not harmful.

“I thought you were suggesting that, ‘Judge, it was easier before …. This is just an extra barrier that makes it harder,'” Walker said at one point, seeking a testimony clarification from Florida League of Voters of Florida President Cecile Scoon.

She is one of the plaintiffs in the federal case pitting more than a dozen voting and civil rights organizations and individuals against Secretary of State Laurel Lee, other state officials including Gov. Ron DeSantis, and Florida’s county supervisors of elections.

At stake is whether Walker might strike down all or parts of SB 90, which was one of the nation’s highest-profile voting reform laws crafted and approved by Republican-led states after the 2020 election. The challenge to Florida’s laws is being watched nationally.

The League of Women Voters, 15 other organizations, and five individuals including Scoon are suing, arguing the law is an unconstitutional restriction on voting rights.

Scoon spent all Monday morning on the stand, enduring more than four hours of questioning from both direct and cross-examination.

She was the first of numerous witnesses scheduled to testify. The trial is likely to last all week and through the weekend in the U.S. District Court for the Northern District of Florida.

Scoon, of Bay County, was pressed on several points within SB 90, involving new rules for how third-party organizations such as the League can register Floridians to vote; the state’s tighter restrictions on ballot drop boxes; new definitions restricting aid that organizations may provide to voters waiting in the 150-foot “non-solicitation” zone; and the state’s new provisions for voting by mail, including the requirement that voters must reapply more frequently.

In each case, she testified the changes are intimidating voter registration volunteers, and potential voters, by making registration and voting a little harder and a little more uncomfortable, especially for people who already have difficulties or concerns.

The early cross-examination sought to undercut her assertions, pressing her for specific examples. Scoon sometimes cited examples, but then was pressed on whether people’s concerns were justified or just unreasonable worry.

For example, Scoon testified voter registration volunteers are frustrated with a disclosure provision in the new law. That provision requires organizations to disclose to voters that if they register through the organization, there is a chance their voter registration might not be turned in properly, and that they could walk away and register to vote online or at a Supervisor of Elections office if they preferred.

Scoon testified the circumstances undoubtedly end up with some voters not registering at all and squanders the trust the League and other organizations such as the NAACP sought to build to reassure voters.

Yet she also testified that there was no way to know whether voters who walked away from the table never bothered to register elsewhere. She also had to acknowledge that there have been cases — rare but real — in which third-party voter registration groups including the League had failed to turn in voter registration forms on time.

Among other witnesses called to testify are representatives of the other plaintiff organizations including Poder Latinx, Disability Rights Florida, Florida State Conference of Branches and Youth Units of the NAACP, Equal Ground, Harriet Tubman Freedom Fighters Corp., Common Cause, and several expert witnesses.