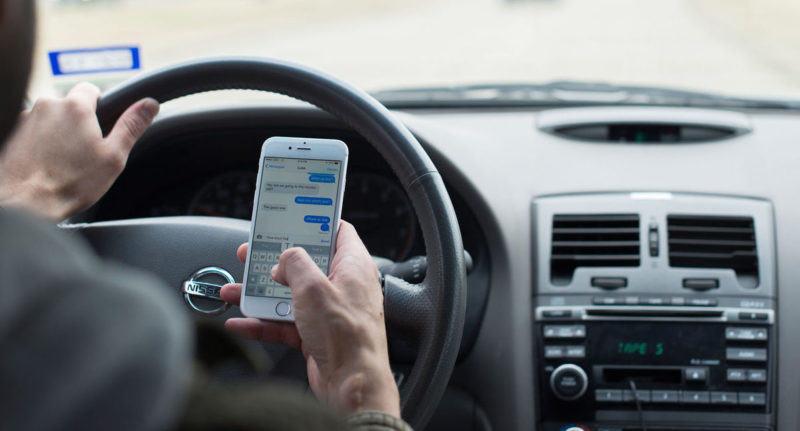 "A large percentage of vehicle crashes may likely become criminal in nature."

A Senate bill that adds texting-while-driving to a class of violations constituting “aggressive careless driving” in the case of injury or property damage cleared its first committee Thursday, with an amendment added to provide penalties for the same.

SB 476 would add texting-while-driving and operating a vehicle in ways not allowed by driver’s licenses as potential factors determining an aggressive driving charge, joining other violations including speeding, illegally passing, tailgating, failure to yield, and failure to obey traffic signals.

Aggressive careless driving charges would be proscribed in this law after an amendment approved in committee.

Many crashes would fall under this rubric, according to a committee analysis: “The Department of Highway Safety and Motor Vehicles indicates that generally, most crashes result in either property damage, injury, or death of another. The practical effect of the bill is that a large percentage of vehicle crashes may likely become criminal in nature.”

In his remarks, Sen. Jason Pizzo, the Miami Democrat sponsoring the legislation, noted that the bill was filed after yet another “unfortunate and unnecessary tragedy in (his) district.”

“What this bill seeks to do is enumerate offenses and negligent acts that would result in what we classify as an aggressive careless driving situation,” Pizzo said.

The bill was filed in the wake of the death of 11-year-old Anthony Reznik, who was rendered comatose while crossing a highway last year, ultimately dying after nearly two weeks in a hospital. Although the driver who hit him ran a red light, she was not charged with a crime, given a lack of impairment and no ability by prosecutors to prove the driver willfully ran a light. She got an $85 ticket.

Thursday will be the one-year anniversary of the accident, Pizzo noted. And the victim was not eligible for “a dime” in restitution because there was no crime charged.

Reznik’s brother spoke in favor of the legislation, saying it could be a “glimmer of hope” for families menaced by careless drivers.

The bill would make it possible to pursue charges based on the expanded statute.

The new law, if passed, would go into effect in October.

This bill has two committee stops ahead in the Senate. The House companion bill (HB 297) has yet to be put on its first committee agenda.