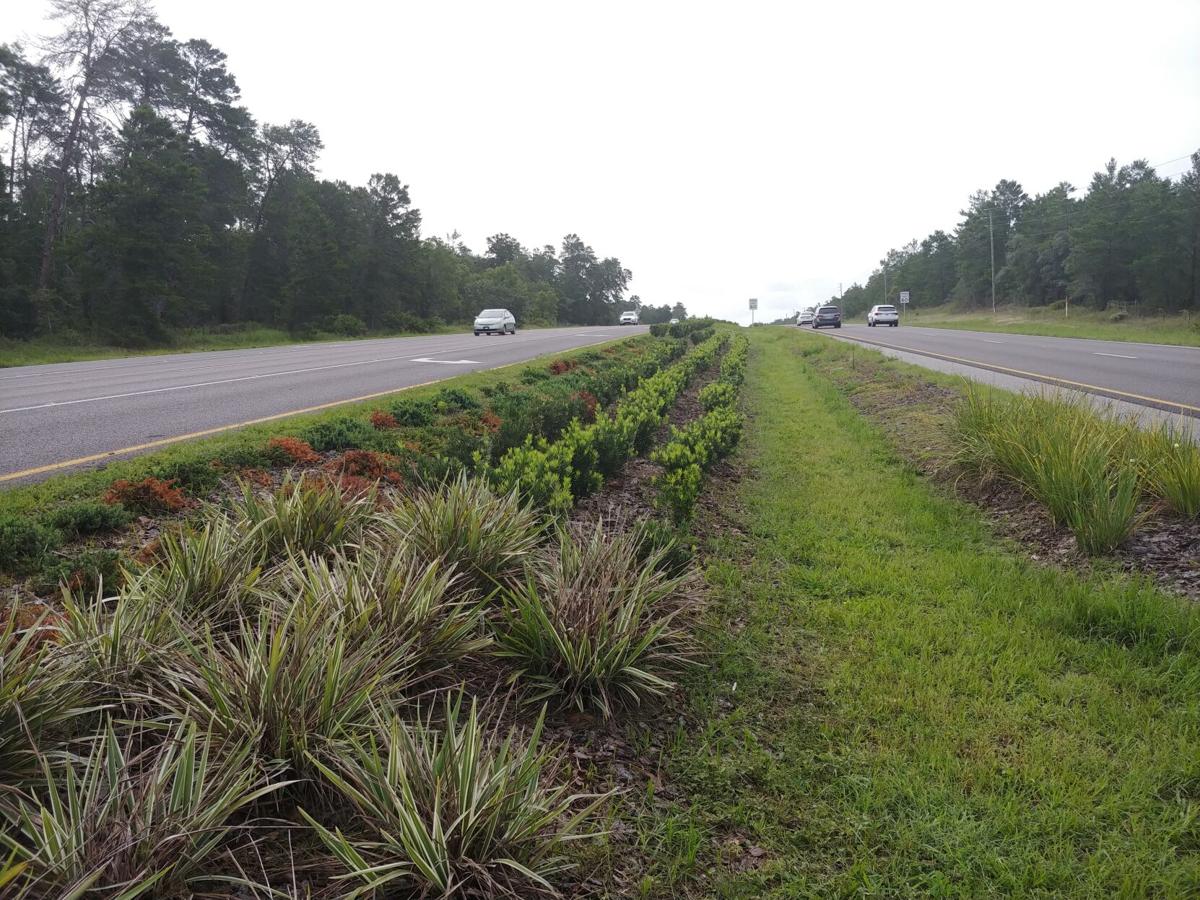 A Citrus County community is on the hook for paying the county to sod a mile of U.S. 98 median after a landscaping agreement fell apart.

Citrus County commissioners voted unanimously Tuesday to bill the Oak Village Homeowners Association the cost, estimated at $36,000, to re-sod the median after the Florida Department of Transportation (FDOT) removed about $350,000 in landscaping it installed in 2019.

The county is prepared to sue the homeowner’s group if it doesn’t agree to pay for the sodding, commissioners said.

“They went into this with eyes wide open,” board Chairman Ron Kitchen Jr. said.

Oak Village is a community of 3,200 homeowners in southwest Citrus County. In 2019, the Oak Village HOA, FDOT and county agreed on a grant to landscape U.S. 98 just north of the Suncoast Parkway interchange. The agreement called for the state to install the landscaping, the county to oversee the project and the HOA to take care of annual maintenance, estimated at $37,000.

Residents balked at the maintenance cost and have also maintained the landscaping was never installed properly.

Commissioners say Oak Village bears total responsibility for the breakdown in the agreement. The annual maintenance would have cost Oak Village property owners about $1 per household a month.

“They should be ashamed of themselves for reneging on the deal,” Commissioner Holly Davis said.

Commissioner Jeff Kinnard said the county has an interest in making sure the roadway isn’t neglected.

“This is one of the major entrances into our county and now it’s an eyesore,” Kinnard said.

Commissioners Kitchen and Scott Carnahan said the county shouldn’t let Oak Village off the hook for the sodding costs.

The board directed County Attorney Denise Dymond Lyn to send a letter to the Oak Village HOA informing members of the county’s direction.

David Quinn, a former Oak Village HOA president who was thrust back into the role in light of the landscaping debacle, attended Tuesday’s meeting but offered no comment.

He told a reporter afterward he will bring the county’s decision to the HOA board next week for direction.