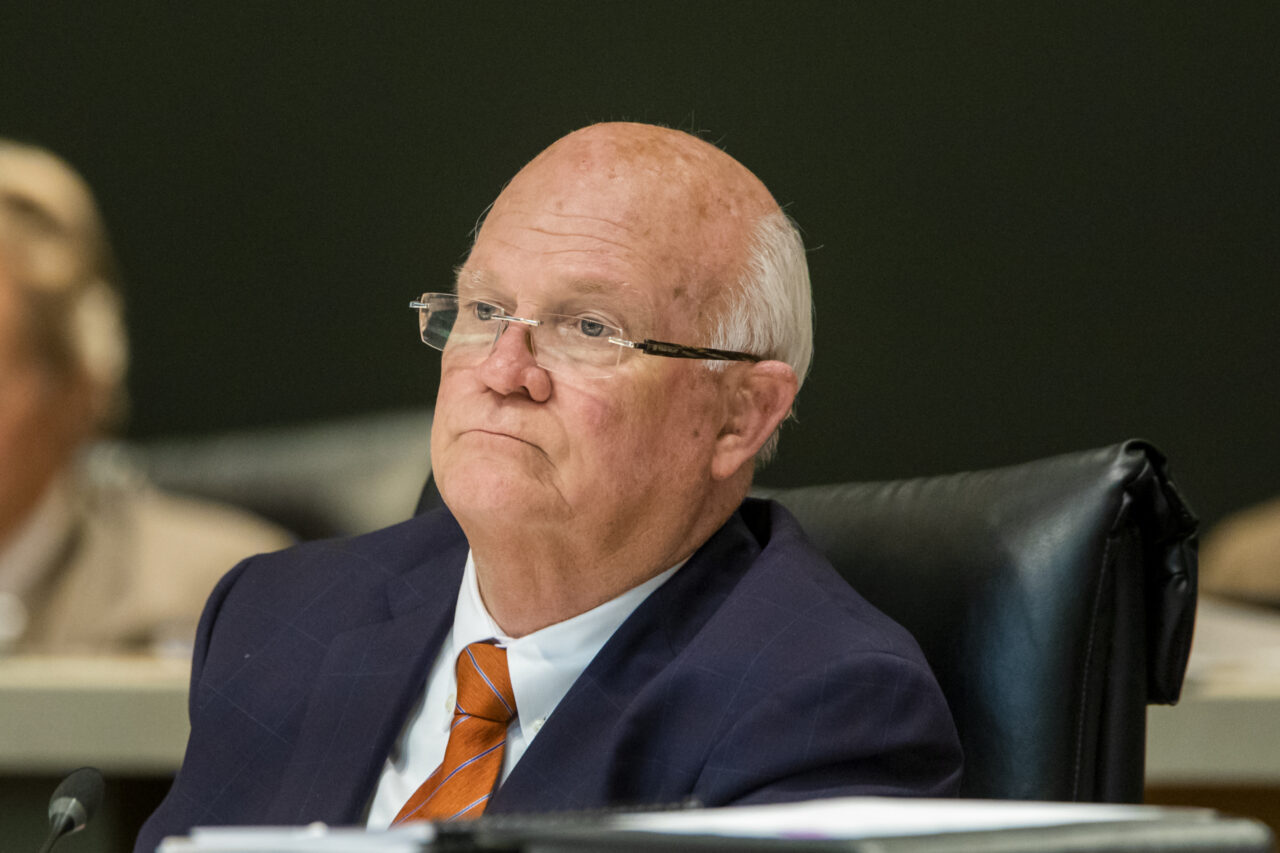 The Florida that Sen. Dennis Baxley longs for no longer exists.

He pushed schools to offer “different worldviews” about evolution and climate change in the past. That didn’t pass.

Last year, he messed with Florida’s ultra-successful Bright Futures program. He wanted to require recipients to pursue college majors “that lead directly to employment.” Parents lost their minds, and Baxley backed down.

Baxley was a leader last year in making unneeded and dangerous changes to Florida’s voting laws.

He was the lone committee vote against removing the statue of Confederate Gen. Edmund Kirby Smith in the U.S. Capitol. A statue of educator and civil rights leader Mary McLeod Bethune will soon stand in its place.

Now, he’s the “brains” behind the so-called “Don’t Say Gay” bill. It’s pandering of the highest order, but that’s what we’ve come to expect from this Ocala Neanderthal.

Baxley’s bill would ban school districts from “encouraging classroom discussion about sexual orientation or gender identity in primary grade levels or in a manner that is not age-appropriate.”

Whatever that means. Baxley probably doesn’t know either. But the bill is winding its way through the Legislature.

As bad as that is, though, there is a more insidious part of the bill.

It also would allow parents to sue a school district if they believe a teacher violated the rule. Baxley, of course, said it’s about promoting parental rights and stopping schools from advancing “social agendas.”

This just in: People with diverse looks, beliefs, and values long ago replaced the Ozzie and Harriet Florida where Baxley resides.

Lawyers are rubbing their hands together in glee over the thought of how they’ll spend the extra loot they’ll make if this nutty bill passes. A misinterpreted word from an instructor could send a parent stampeding to Nukem, Fleecem, and Bleedem so they can have their day in court.

But this is just another example of how Republicans in Tallahassee create a boogeyman and then slay it. Gov. Ron DeSantis is an expert in that field (see theory, critical race).

They decry the cancel culture, then proceed to cancel anything they don’t like or, more importantly, believe their base doesn’t like.

It’s too bad too, because there are plenty of smart, dedicated Republicans in Tallahassee. No one would ever call me conservative, but I respect smart and civil people even if they have ideas with which I don’t agree.

Senate President Wilton Simpson and House Speaker Chris Sprowls certainly qualify. We’ll miss Sen. Jeff Brandes when he terms out after this Session. Rep. Chris Latvala is on that list. There are plenty of others.

If the leaders won’t come out aggressively against Baxley’s blunder, they could at least bottle it up in the process until it dies an unlamented death.

We send these people to Tallahassee in hopes they’ll make life better for all Floridians. What we too often receive, however, is performance art, designed to send Florida back to 1959 in a time machine. There are consequences to that.

The Florida Education Association reported that when the current school year began last August, there were 4,961 teaching vacancies and 3,753 vacancies in the support staff throughout the state. Sarasota recently asked parents to stand in as substitute teachers because not enough people want to do that job.

Districts all over the state struggle to find bus drivers.

Why isn’t Dennis Baxley working to improve that situation?

But no, of course not. Ignore a real problem and fixate on a fake one.

It’s how Dennis the Menace rolls.