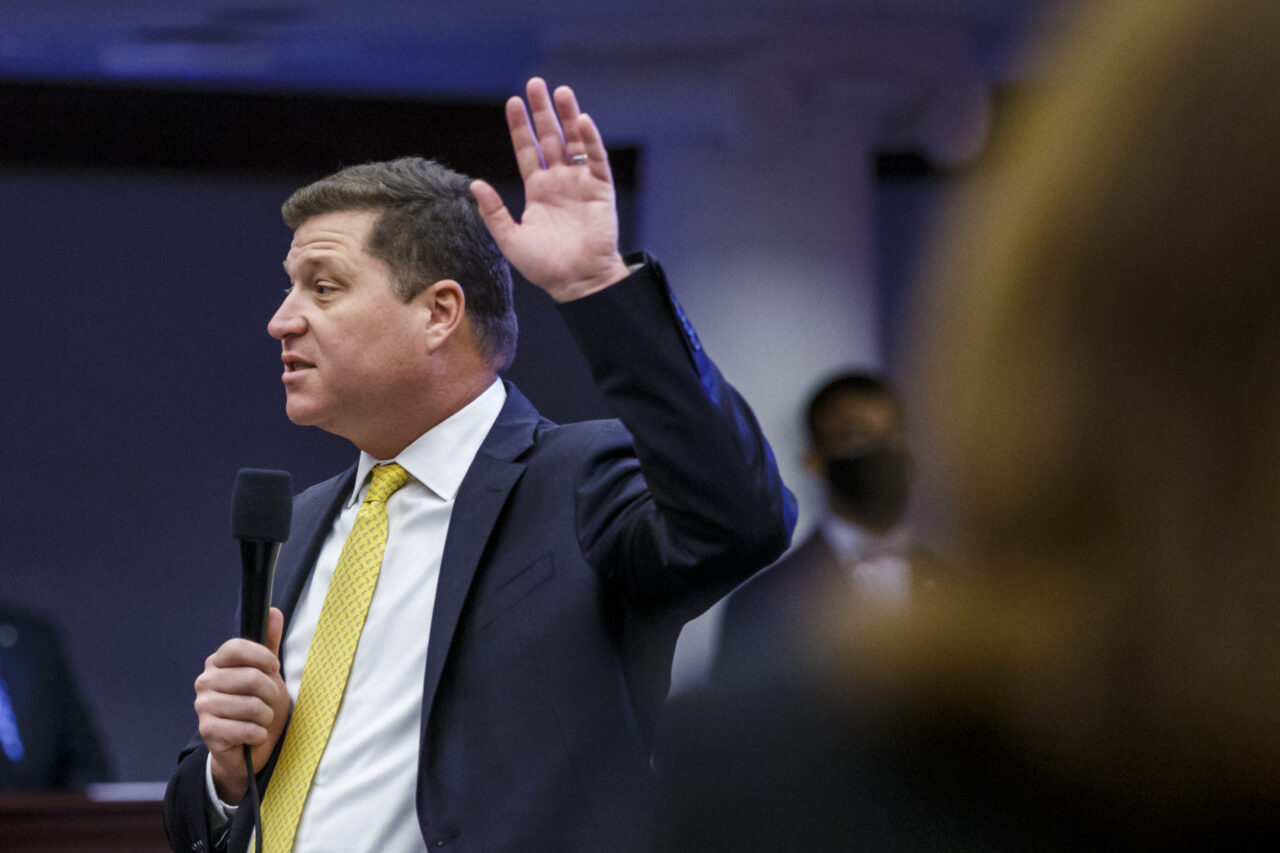 In a 28-11 vote, the controversial proposal cleared in a near party-line vote, with Democrats mostly opposing the legislation. Four Democrats broke from the party in support of the measure — Sens. Janet Cruz, Shevrin Jones, Darryl Rouson and Linda Stewart.

The bill (SB 520), filed by St. Petersburg Republican Sen. Jeff Brandes, would create a public records exemption applicable to the pool of public university and college presidential applicants. Information on selected finalists would be made available, however.

Despite making it practically unscathed through Senate committees, it was modified on its final reading by an amendment brought by Rouson. The amendment would make public “the age, race and gender of all applicants who met the minimum qualifications” for the position after the finalists are selected.

That amendment, which garnered unanimous approval, attempts to address concerns from critics that fear the exemption would allow for minority applicants to be overlooked. Sen. Annette Taddeo, a Miami-Dade Democrat, expressed that concern before the Senate last week.

“How will we know that qualified candidates or women or people of color are given equal consideration in the process if we do not even know who applies?” Taddeo said at its second hearing.

Notably, the legislation still has stayed out of dodge from a controversial amendment tacked onto the House version.

The Senate version provides a 21-day period for information on the finalists to be made public in order for the university or college to receive community feedback. That 21-day period is where the Senate bill differs from the House version (HB 703), sponsored by Rep. Sam Garrison, which reduced that timeframe to 14 days.

Brandes, however, offered his word to concerned Senate members that he won’t budge on the timeframe.

“You have my commitment that we will stand firm as the Senate with 21 days if it passes through the Senate today,” Brandes said Thursday.

Despite modifications to the bill and Brandes’ word to stand pat on the 21-day timeframe, most Senate Democrats still voted against the legislation, arguing it will reduce transparency and that the exemption violates Florida’s Sunshine Law.

“Transparency is good. It exposes nefarious conduct. It keeps the players honest,” said Sen. Gary Farmer, a Broward County Democrat. “The rationale for this bill has been that this openness is actually having a chilling effect on the applicant pool. The testimony we’ve heard throughout the committee process — and that we heard last year and that we’ve heard the seven sessions that this bill has been proposed — is almost universally to the contrary.”

But some Democrats argued the exemption was needed to attract more candidates.

“Hear me on this: Right now, we won’t get top candidates. We got to do it the right way to make sure that we give that opportunity to get the best qualified candidates for this position,” Jones said. “If you all look right now at Florida state universities, I want you to ask yourself, how many national presidents did you see apply for the position? None, none of them did. Why? Because of the fear of being ousted and losing their jobs.”

Brandes also retained that the current process itself is not transparent, citing the use of headhunting firms by college presidential search committees. However, as state agencies, the recruiting firms do have to offer such records.

“Today’s law is not sunshine for university presidents — it’s a tanning bed. It’s fake, it isn’t real. We don’t have real sunshine today,” Brandes said. “At the end of the day, what we want is the broadest pool of applicants possible to apply. That’s what this bill does.”

The House Government Operations Subcommittee cleared its version of the bill, with the reduced timeframe, in a 10-7 vote. The House bill is now on to its third and final committee hearing, despite widespread opposition in public testimony from state university faculty.

previousMarco Rubio warns that Russia is on a Cold War footing