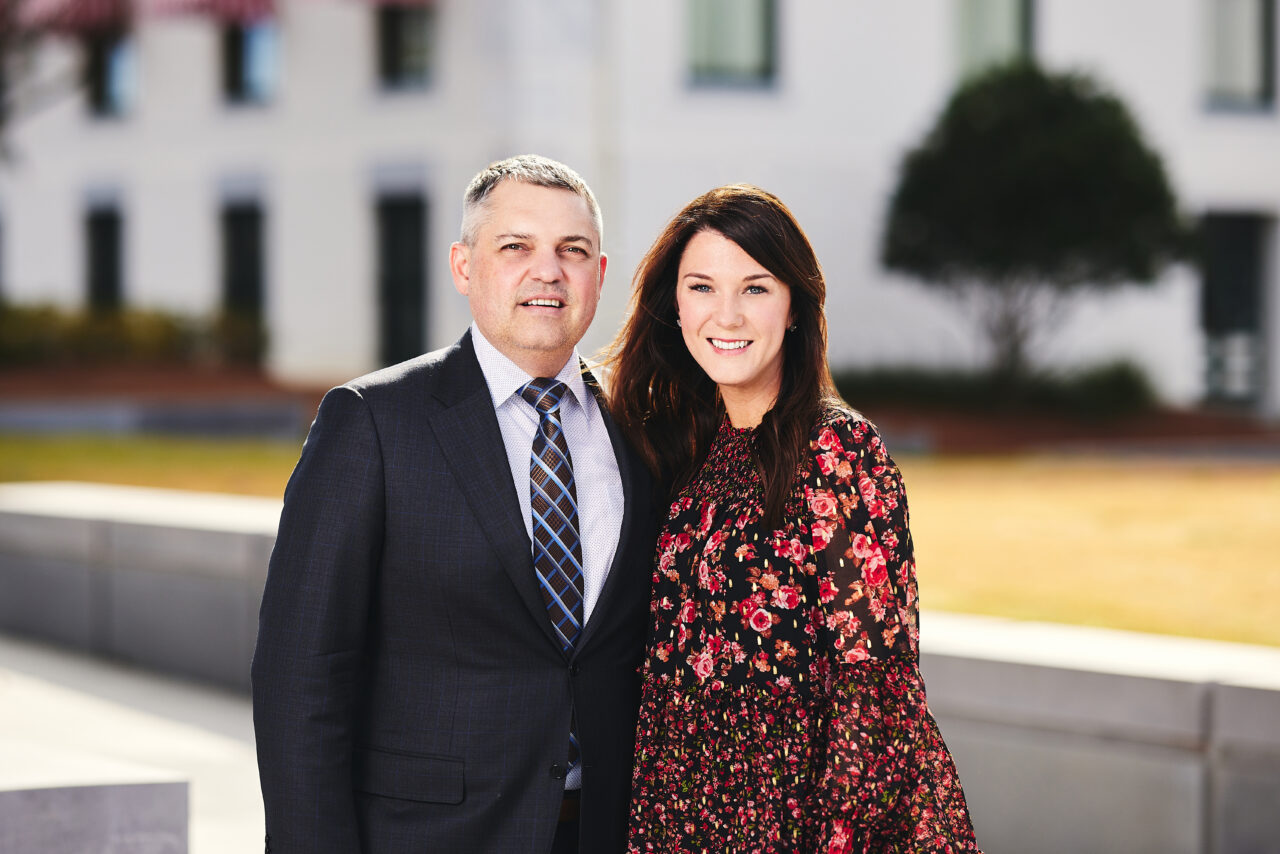 Like Shirley Devore in the Liza Minelli tune “Ring Them Bells,” Nicole Hagerty “traveled ‘round the world to meet the guy next door.”

OK, a bit of an exaggeration.

But the “truly terrific, absolutely true story” began in 2014 when, during a trip to New York City, she met Richard Reeves, who had been living in her Tallahassee hometown all along.

At the time, she was working as a fundraiser for the Florida Republican Senatorial Campaign Committee, and Richard was a donor at an event held in The Big Apple. They adjourned to a college bar in the West Village, where a … friendship began. The Grand Romance would have to wait for later.

“I thought he was definitely attractive, but I was reserved. He was still having fun in his single life,” Nicole recalled.

Richard remembers a bit differently: “Like a wrecking ball, I came in hard.”

While they don’t have the official paperwork, Richard said these days they’re a committed couple “married by mortgage.” His son, Lyle, is graduating from high school this year, said Nicole. “We felt like he was more important to focus on rather than throwing a wedding in there.”

Richard is a lobbyist with his own shop, RLR Consulting, focusing on education, workforce and insurance. For the past three years, Nicole has been Director of Government Relations for HCA Healthcare in Georgia and South Carolina.

Like this year’s Florida Session, the legislatures in Georgia and South Carolina begin in January, but they last longer — South Carolina runs through mid-May, although Georgia “typically goes through early April,” said Nicole. “They like to be out by the Master’s.”

“I’m able to still talk to him about a legislative hurdle in my States or the budget in my states. The nitty-gritty is very different … from state to state, but it’s still conversations that I can get his advice,” she said. For example, there are no term limits in the other two states, but Richard said he started long enough ago to remember when that was the case in Florida, “having to deal with … people that have been there forever, trying to break through.”

Nicole usually travels one or two nights every week, even in the off-Session months, to visit hospitals and communities.

To keep their relationship fresh while she’s on the road, they FaceTime at the end of each day, and Richard prioritizes dropping Nicole off and picking her up at the airport. After busy days in the Capital City, “we make it a point to find time for food together.”

Because of its “neighborhood family environment” and bar friends, Sage is their favorite local restaurant. But “the best restaurant is Il Lusso …. We try to get there as often as we can — when it’s not Session,” Richard said.

The couple often travel to foodie paradise New Orleans to visit his family, and they’re willing to share the best meal experience — brunch at Commander’s Palace — and a few of the Crescent City’s hidden gems, including Clancy’s Restaurant for Creole food, Mosquito Supper Club and Nina Compton’s Bywater American Bistro.

They also often travel to New York City for food and shows and occasionally return to the spot where it all began — that college bar in the West Village.

previousLove in The Process: Angela & Davin Suggs — The value of teamwork

nextLove in The Process: Allison Liby-Schoonover & Chris Schoonover— All-American, all Seminole, all the time