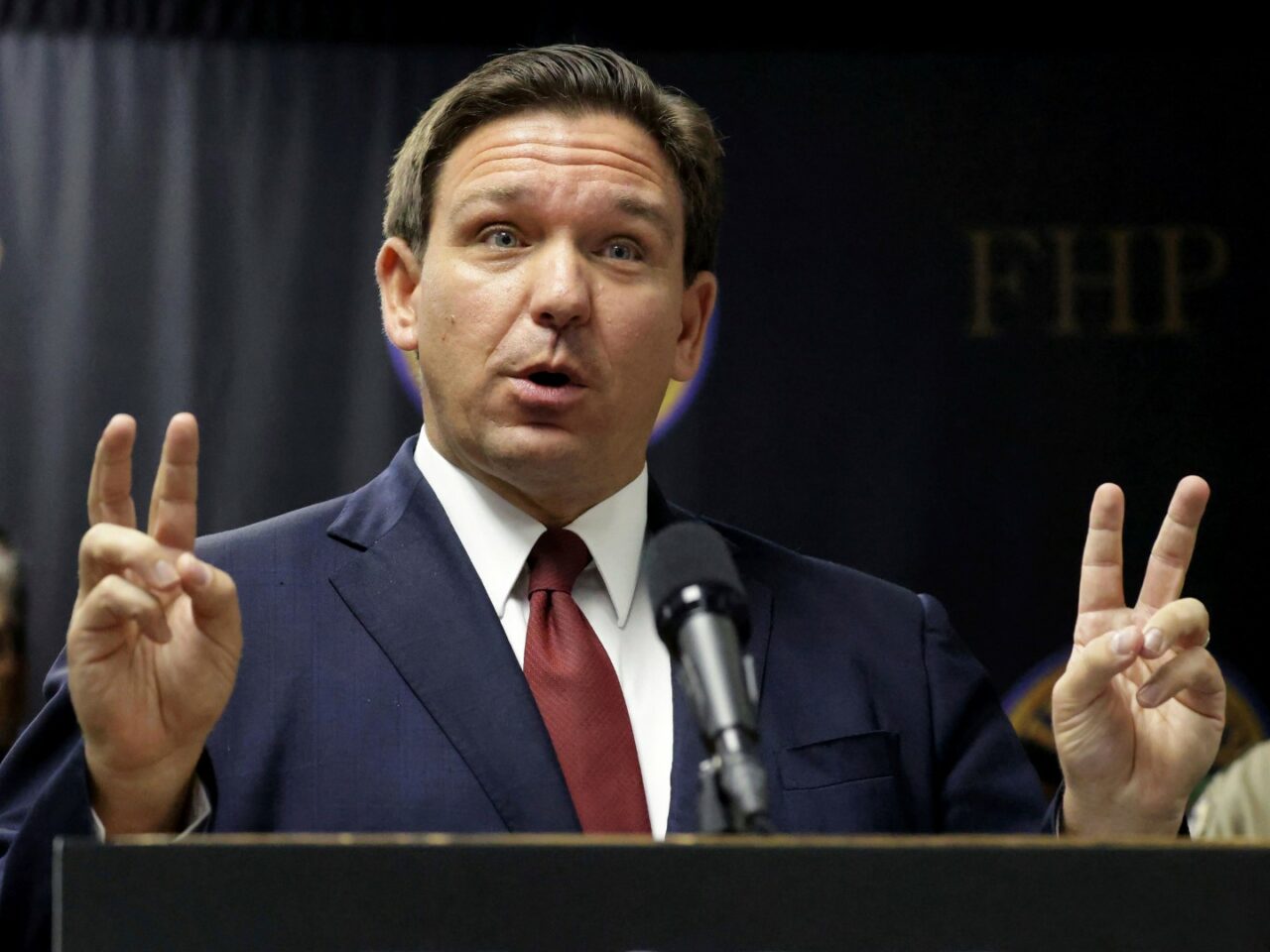 The Republican Governor has a decent cushion with less than nine months till Election Day.

Gov. Ron DeSantis would likely win re-election with a majority of the vote, according to the latest poll of the 2022 gubernatorial race.

Polling has consistently shown DeSantis leading each of the three Democratic candidates seeking to unseat the Republican incumbent in November. On Tuesday, data released from Mason-Dixon reaffirmed DeSantis’ lead, showing him winning 51% or more against each candidate.

According to the poll, U.S. Rep. Charlie Crist would perform the best of the three Democratic candidates if the race were today, losing 51%-43%. DeSantis would also defeat Agriculture Commissioner Nikki Fried, 53%-42%, and Miami state Sen. Annette Taddeo, 53%-37%.

“When matched up against his current potential Democratic challengers, DeSantis receives the support of slightly over half of Florida’s voters, and his leads provide a decent cushion at this point in the race,” the report notes.

All three candidates fell at or outside the poll’s four percentage point margin of error, indicating that DeSantis’ lead is solid with less than nine months till Election Day.

“These leads all appear to be related to (DeSantis’) name recognition advantage, although Crist is almost comparably well known,” the report continues.

DeSantis is recognized by 97% of voters and has a positive favorability rating. About 92% of voters say they recognize Crist, a former Governor, but more view him unfavorably than favorably. Only 67% of voters identify Fried, and 43% recognize Taddeo.

Crist, elected Governor in 2006 as a Republican and attempted to retake the Governor’s Mansion in 2014 as a Democrat, is also the front-runner in the Democratic Primary.

In head-to-heads against DeSantis, Crist would be the best-performing Democrat with Black voters. He would win that electorate 84%-7%, compared to Fried’s 79%-12% and Taddeo’s 67%-12%. Crist would also be the strongest with independents but still loses 56%-33%.

While DeSantis would win the votes of 62% or 63% of men in all three head-to-heads, Fried would be the strongest of the three Democrats among male voters, winning 35% of that electorate.

The poll comes as DeSantis continues padding his massive fundraising advantage. Last month, he added another $7.7 million to his war chest and had $77.8 million banked on Feb. 1.

His January fundraising total is higher than the cycle-to-date numbers posted by any of his would-be challengers.

Mason-Dixon interviewed 625 registered Florida voters by telephone from Feb. 7-10 for the poll. Those interviewed were randomly selected and included landline and cellphone numbers.

nextSachs Media lays out succession plan, describing it as a 'family affair'