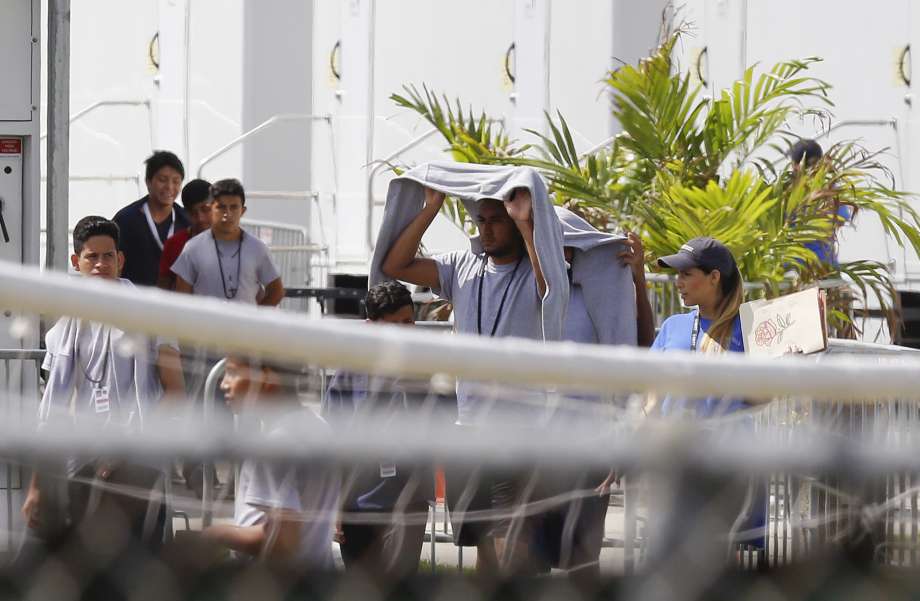 The campaign tees off comments Ron DeSantis made at Miami roundtable discussion Feb. 7.

Spanish-language radio ads started to run Tuesday targeting Gov. Ron DeSantis’ actions that will close homes that shelter unaccompanied migrant children. But his spokeswoman says the “Repugnante” campaign (“Disgusting” in English) is taking his words out of context.

DeSantis said it was “quite frankly disgusting” to compare Cuban children who came to Miami 60 years ago with those coming to the United States from Central America and other locations south of the U.S. border now. He said they are mostly males, “military age” 15 to 17 years old, “not some babies dropped over the border.” Catholic Archbishop Thomas Wenski seized on the comment last week.

“Children are children — and no child should be deemed ‘disgusting’ — especially by a public servant,” Wenski said in a Feb. 10 news conference.

And now a radio ad funded by a group called the American Business Immigration Coalition Action will be running on eight AM and FM stations, teeing off on DeSantis’ “disgusting” comment. The group called it a “six-figure buy” without elaborating further.

“‘Disgusting’ is that Gov. DeSantis is trying to benefit himself politically by attacking innocent immigrant children who are only seeking refuge and to top it off, he did it in Miami, Florida’s own Ellis Island,” says the English translation of the ad.

The ad points out that DeSantis’ actions are trying to close the same shelter that housed Pedro Pan children fleeing Communist Cuba.

“To please his political base, DeSantis wants to convince us that the suffering of THOSE children was more worthy of help than THESE Venezuelan and Haitian children who are fleeing dictatorship, socialism and violence.”

But Christina Pushaw, the Governor’s press secretary, said that making the analogy between the Cuban migration and what’s happening now is still “offensive.” She added DeSantis did not address his comments toward the children themselves while at a Miami roundtable on Feb. 7.

“He said it was disgusting to equate an organized charitable operation to legally help child refugees escape a communist dictatorship (Pedro Pan) with the human smuggling perpetrated by brutal cartels, who are incentivized by the (Joe) Biden administration’s failure to enforce our country’s immigration laws,” Pushaw said. “Operation Pedro Pan and the transnational organized crime of child trafficking are clearly not the same things.”

These children are staying at the same place that opened to take care of some 14,000 unaccompanied Cuban minors. It’s now called Monsignor Bryan Walsh Children’s Village to honor the priest who started it. And it just celebrated its 60th anniversary.

DeSantis’ executive order puts the licensing of that facility in doubt. Currently, the Children’s Village has a contract with the U.S. Department of Health and Human Services, which oversees these kinds of shelters.

Pushaw argued that unfairly shifts the burden of a problem Biden created to the states.

“The Biden administration must take responsibility for the border crisis,” she wrote in an email. “States did not consent to this lawlessness.”

nextTexas Republicans prefer Ron DeSantis to their own Governor: 2024 Poll