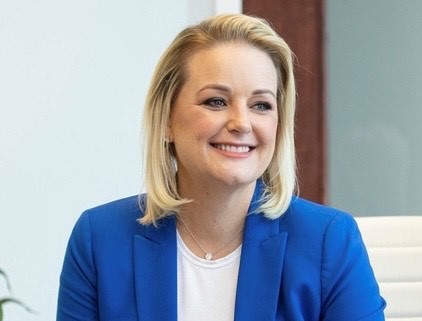 The lawyer raised more than $27K in her Statehouse bid last month.

Democrat Hillary Cassel was ahead in the money race to represent House District 99 and replace term-limited Democratic Rep. Evan Jenne.

But now, the House map that’s all but certain to be passed puts her in House District 101 with two competitors far behind in the money race. A closer competitor in the fundraising race to represent HD 99, Jeremy Katzman, has opted to drop out of the race for a House seat and run for the Cooper City Commission rather than face the incumbent Democrat, Rep. Michael Gottlieb, who is in the new House District 102.

“I live in a district where I would be running against someone I deeply respect and, who, in my opinion, is doing a very good job as a legislator,” Katzman said. “So I made the decision, which was very tough for me, to withdraw my candidacy for the state House.”

This was his first time running for elected office.

Cassel, a lawyer, has a total of $325,864 in cash on hand between her political committee, Friends of Hillary Cassel, and her personal account, including a $50,000 loan she made to her campaign at the beginning of the cycle. In January, she raised $21,875 between the two accounts.

Her new district draws in two other Democrats who had filed to run in House District 100, however. Clay Miller, the legislative director for Broward County Commissioner Beam Furr, raised $1,725 in January. That gives him $68,112 in cash on hand. LGBTQ activist Todd Delmay added $2,850 in January to give him $53,927 in cash on hand.

Among her donors, lawyers were represented more than any other sector. She received her biggest single donations — $5,000 each — from two lawyers, David Low of Fort Lauderdale and David Pettinato of Tampa. Her personal account received donations from six more lawyers and a Sarasota law firm. In total, the legal industry chipped in $14,280 during the last month to Cassel’s campaign.

She received $2,500 from PJDCCI Construction Consultants in Boca Raton.

Cassel’s campaign spent a total of $7,349 last month. The biggest checks the campaign sent went to Johnson Strategies in Wilton Manors, which was paid $3,900 for consulting services. Spotlight Strategies in Orlando also received $2,000 for fundraising consulting.

Another Democrat in the race, Barry Faske, did not raise or spend any money last month. He retains $4,700 for his campaign. Redistricting puts him right on the border between HD 101 and House District 105.

The campaigns were facing a deadline to report all financial activity in January on Feb. 10.

previousSupport SB 1284, HB 823 to encourage next generation of nurses in Florida