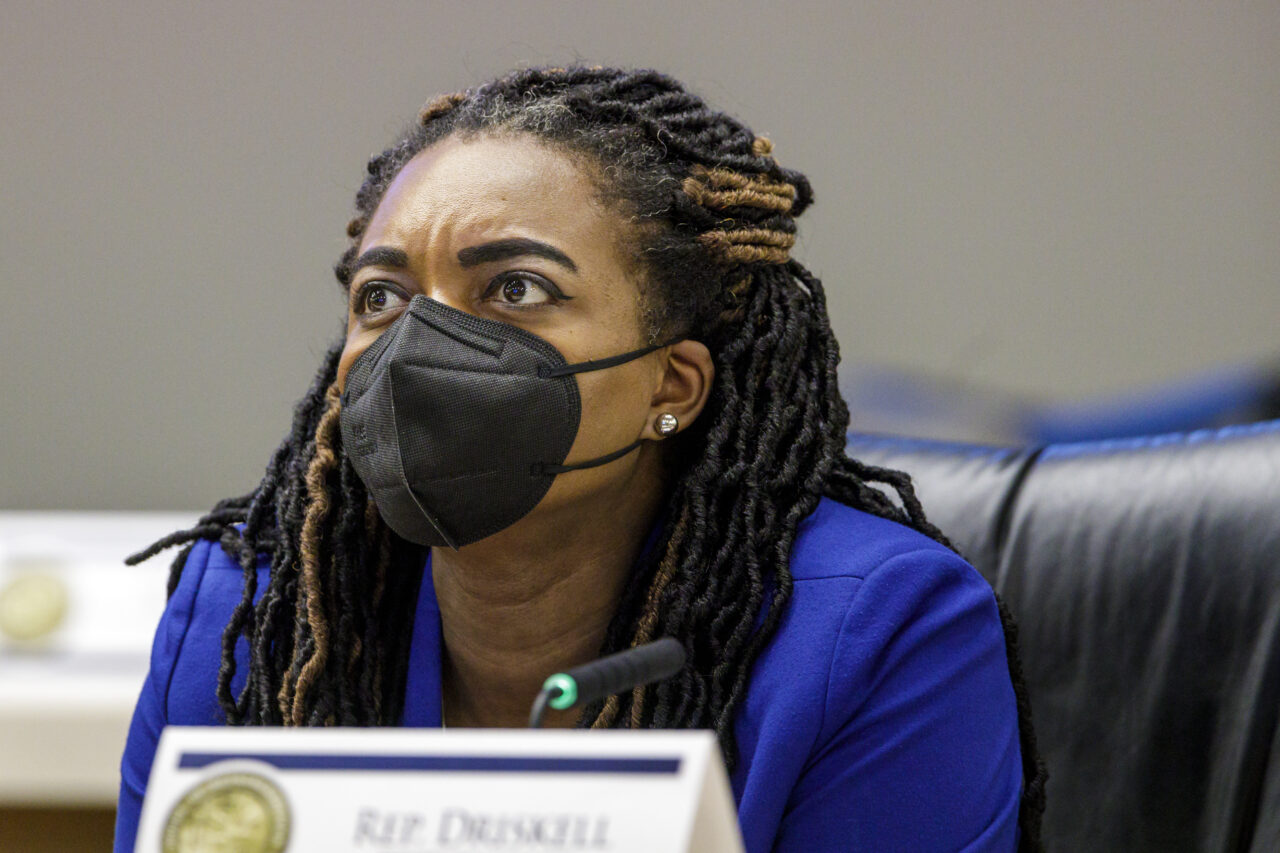 'It's sad to say we were a forgotten people and that's basically what happened back at home.'

The House Infrastructure and Tourism Appropriations Subcommittee unanimously reported the bill favorably, while commending the Tampa Democrat’s efforts to push its passage.

“It’s been a labor of love over the last two years and good to get this thing moving,” said Committee Chair Jayer Williamson, a Santa Rosa County Republican. “I just want to say congratulations. You’ve done a great job working this issue over the last couple of years.”

Driskell’s bill (HB 1215) would create the Historic Cemeteries Program within the Division of Historical Resources. The office would focus on the coordination of research, repair, restoration and maintenance efforts at abandoned Black cemeteries, but would extend to all historic cemeteries as well. The bill seeks to staff the office with three full-time employees at an estimated cost of $200,000 per year.

The bill also asks for appropriations for grants to fund some of that work and creates a Historic Cemeteries Advisory Council.

Driskell’s bill passed it’s latest committe stop the same day the Florida Institute of Forensic Anthropology and Applied Science at the University of South Florida announced the discovery of 45 more unmarked cemeteries throughout Tampa Bay, 14 of which are Black cemeteries.

“The recent discovery of 45 unmarked cemeteries is a reminder that our work to preserve history and bring dignity to the deceased is just beginning,” Driskell said. “I am proud of the efforts we are making at the state level to address abandoned cemeteries, and specifically African American cemeteries that were neglected, stolen, or abandoned. This is a pervasive, statewide issue that requires the State to partner with local communities.”

Driskell has worked on the bill for three years. The legislation acknowledges that centuries-old discriminatory practices wiped clean parts of Florida’s African American heritage and history. In 2019, a Tampa Bay Times investigation led to the discovery of hundreds of forgotten graves under a Tampa public housing development. The cemetery, Zion, was one of the first Black cemeteries in Tampa. It was built in 1901 and by 1929 had been systematically erased from city records, allowing the land to be developed with no regard for the dead buried there.

Soon, other forgotten cemeteries meant to house Tampa’s Black residents were rediscovered. Ridgewood Cemetery was rediscovered under King High School, and another cemetery is believed to be beneath a part of MacDill Air Force Base. Others have been rediscovered around the Tampa Bay area and state as well.

Ridgewood and Zion are in Rep. Dianne Hart’s district. Hart is the ranking Democratic member on the House Infrastructure and Tourism Appropriations Subcommittee.

“It’s sad to say we were a forgotten people,” Hart said. “And that’s basically what happened back at home. This bill will be over the entire state of Florida where you will look at cemeteries. And there are lots of cemeteries underneath buildings and that is a very, very sad commentary.”

The bill is based on recommendations from the Abandoned African American Cemeteries Task Force, of which Driskell was a member. She also worked for two years to pass legislation creating the task force along with Sen. Janet Cruz.

Driskell has received praise from across the aisle for her years-long work on the cemeteries issue, much like she did during the last Legislative Session when she was able to pass bipartisan criminal justice reform.

Bronx, NY —> St. Pete, Fla. Just your friendly, neighborhood journo junkie with a penchant for motorcycles and Star Wars. Daniel has spent the last decade covering Tampa Bay and Florida for the Ledger of Lakeland, Tampa Bay Times, and WMNF. You can reach Daniel Figueroa IV at [email protected]mail.com.