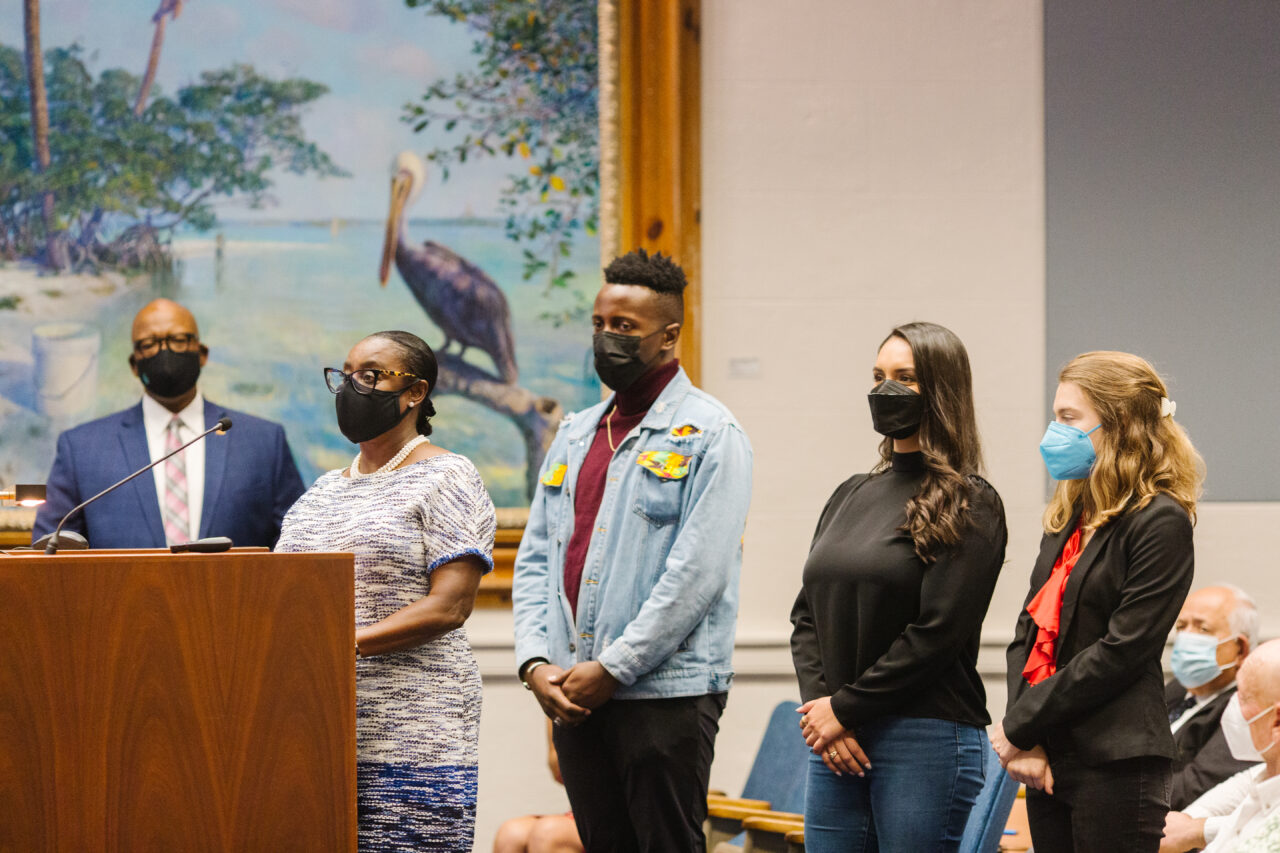 The solutions to the issue, however, are complex.

A study from the Harvard Kennedy School released Monday found nearly half of renters and a quarter of homeowners in St. Petersburg are cost-burdened, spending 30% of their income on housing.

The study’s findings were released Monday, four days after the City Council voted down a motion from Council member Richie Floyd seeking to declare a housing state of emergency in the city.

“I was trying to get a sort of a statement out to the public that we agree it’s a problem,” Floyd said. “Nothing here is new to people. It’s disappointing when you look around and there’s a massive amount of people just struggling to get by. We can’t just go along trying to do business as usual. We need to do things outside of the norm.”

The study — conducted by three Harvard graduate students, including St.. Pete native Larisa Barreto — included a number of strategies that could be utilized to help struggling residents.

St. Pete Mayor Ken Welch said the study will help his administration implement some of those strategies.

One of those strategies could be rent stabilization — also known as rent control. Rent control could be implemented in a number of ways like rent freezes, limitations on increases, rental caps and more. But the St. Pete City Council last week decided against exploring the option.

“Given the issues we see in the statute with both the preemption and the emergency findings that would be required, it’s highly likely we would be sued under it and I think that there would be very high risk that we would lose, to be perfectly blunt about it,” Patner said Thursday. “Obviously if it were to be passed, our office would do our best to defend it. But the reality is, based upon the poison pills that are in the statute, it will be very difficult for us to prevail on an attempt to defend any ordinance.”

But with no regulatory measures in place, St. Pete residents are being priced out of the city. Rent in St. Pete increased almost 25% in 2021, the third-highest rate in the country.

The study found the prevalence of month-to-month leases, an investor-driven market and limited land to build on are among factors adding to the rocky housing market.

In addition to rent control, the study said upzoning, or changing zoning designations to increase the amount of development allowed at a site or area, could be employed. But upzoning doesn’t require developer participation, which means it can lead to an influx of market-rate units that could exacerbate the issue.

Then there’s inclusionary zoning. That would require market-rate developers to also develop affordable housing. That could come as a percentage of affordable units in a development, building those units at a separate site. Developers also could donate land or pay a fee instead of building units.

St. Pete last year became the first city to implement HB 1339, a Florida law and form of inclusionary housing that allows developers to build affordable housing anywhere, regardless of zoning.

The city also could employ land banking, another measure currently in place, where the city can purchase vacant lots or homes and sell them to qualified developers.

But Floyd and others advocating for more city-led action said the study had sound — and alarming — data, but limits solutions too much.

William Kilgore of the St. Petersburg Tenants Union said the study focuses too much on market-based solutions.

“The report outlined a plethora of ideas ranging from corporate handouts to de-regulation in order to incentivize the development of new housing supply, yet there was zero mention of the abundant, existing supply being needlessly withheld from the market locally,” Kilgore said. “Housing cannot be considered both a human right and a vehicle for profit. If we are to guarantee housing for all in St. Pete, we’re going to need solutions which diminish the role of useless middlemen trying to make a buck off it.”

Floyd said he’s going to continue to push for urgency with housing solutions, whether that includes declaring a state of emergency or not.

“I’m hoping in my position I can be a conduit and build a bridge between the activist community and the administration,” he said. “The study that came out is limited in scope, rightfully so, but there are a lot of ideas that weren’t covered. It’s by no means comprehensive. There are other things we can do and other things I’ll put forward in the coming weeks.”

The St. Petersburg Tenants Union has a protest planned for 5 p.m. outside of the St. Pete City Council meeting Thursday to demand the city explore rent control.