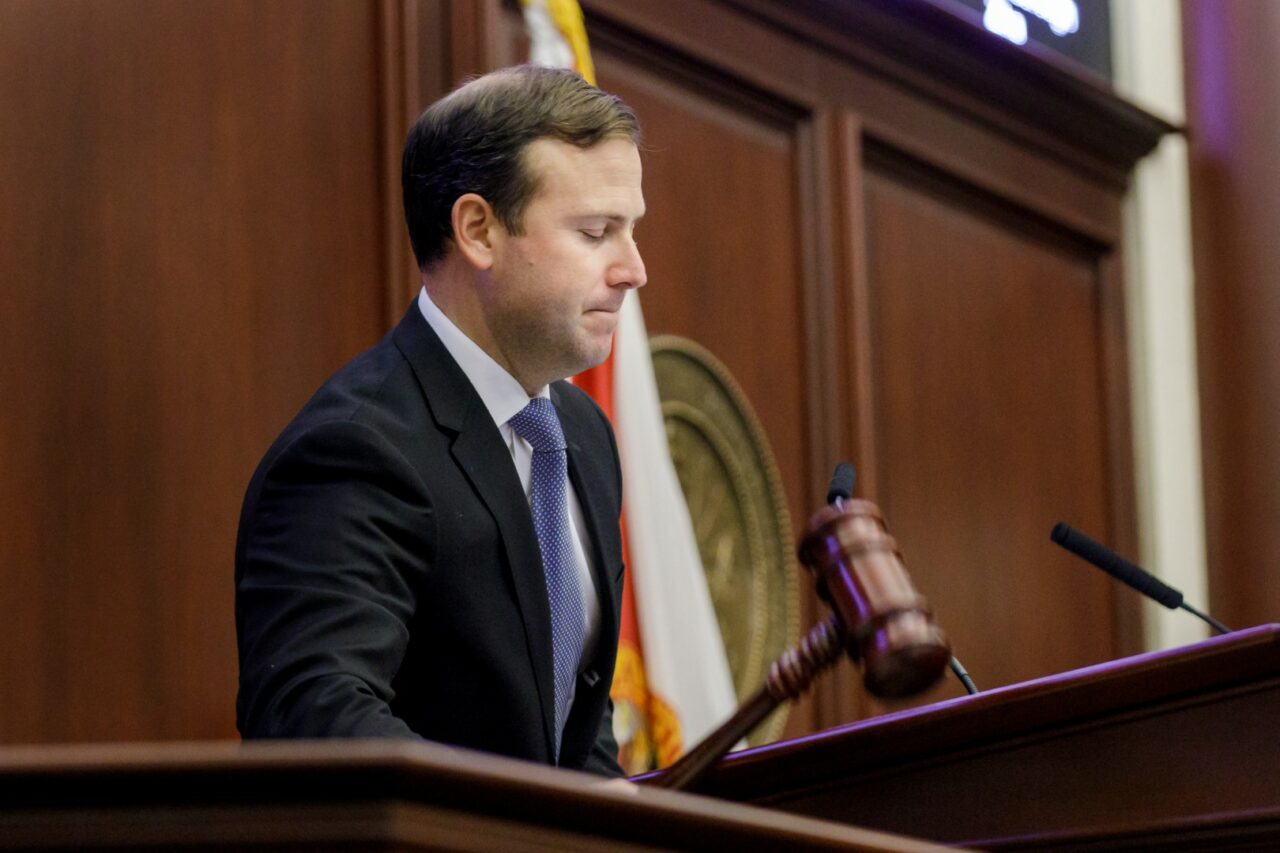 One Democrat has called for Byrd's censure. Is this really over?

An incident on floor of the Florida House involving a Jacksonville Republican and Black Democrats is now “resolved,” according to the Speaker’s Office.

“The Speaker talked privately with both members, Rep. Cord Byrd and Rep. Travaris McCurdy, both individually and together. I understand after an apology was made by Rep. Byrd last night, the issue was resolved,” said Jenna Sarkissian, the Communications Director for House Speaker Chris Sprowls, in an email Thursday.

The response from the Speaker’s Office is the latest development in a story that began late Wednesday night, as protesters had their say in the House Chamber while Republican lawmakers approved a 15-week abortion ban.

Rep. Angie Nixon, who has called for Byrd’s censure in the House, wrote on Twitter overnight Wednesday that an “unhinged” Byrd blamed Black Democratic legislators for protesters opposing the bill restricting the right to abortion after the 15th week of pregnancy.

“He turned around and began antagonizing and cussing at Black Caucus members during the HB 5 protest in the gallery. I’m disgusted. We can debate our values but to cuss Black Members out on the House floor illustrates he’s unfit to be in office,” Nixon asserted. “We are NOT f***ing jokes as he professed on the House floor.”

“He mouthed off to Rep. McCurdy calling him a f***ing joke after mouthing to many of us ‘I hope you’re f***ing proud’ during the protests in the gallery. As if we had something to do with it,” Nixon alleged in a subsequent conversation with Florida Politics.

Nixon, who brought the incident to light, was not mentioned in the email from the Speaker’s Office.

Byrd rejected Nixon’s characterization of the incident, saying Nixon is a “one-trick pony” who routinely charges political opponents with being racist.

“All she has is calling people she disagrees with racists and White supremacists,” Byrd said, noting that while he did indeed call someone a “f***ing joke,” but it wasn’t McCurdy.

Byrd claimed the comment was directed to the protesting men who were chanting “My body, my choice.”

“I turned to one of my Republican colleagues and said, ‘Look at these f***ing idiots.’” Byrd explained. “At midnight? Yeah, that was uncalled for.”

Byrd also said he and McCurdy “cleared the air” afterward.

McCurdy verified Byrd did apologize, but noted Byrd was not in his assigned seat and turned around twice, seemingly goading a confrontation with Black legislators “deliberately.”

“We locked eyes,” said McCurdy, who like Nixon was a former legislative aide before being elected to the House. McCurdy believes Republicans enable this sort of behavior from Byrd, who acts out of a sense of “White privilege.”

“He gets a pass from his peers. The consensus is, this is what he does,” McCurdy contended.

McCurdy had made the Speaker’s Office aware of Byrd’s breach in decorum, giving a note to Sprowls’ chief of staff Mat Bahl while the House was still in Session.

With the belief on the Speaker’s part that the issue was resolved with apology, it is unclear when or if it will be addressed on the floor. The effort to censure Byrd likewise does not seem in the cards.