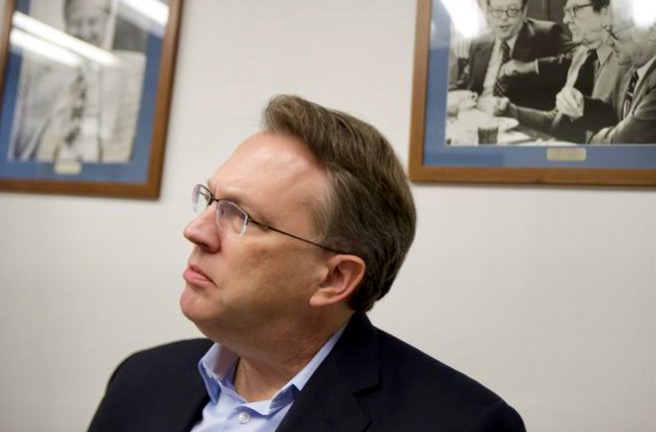 But he added that the rate hikes may not have to begin with as big a bang as some have suggested.

With inflation at its hottest level in a generation, the widespread expectation has been for the Fed to ease off its accelerator for the economy by raising short-term rates from their record low of nearly zero, where they’ve been throughout the pandemic. The only question has been how big and how quickly it will move, because an overly aggressive approach could choke the economy and too much caution could let inflation spiral further.

“Personally, I don’t see any compelling argument to take a big step at the beginning,” Williams said following an event at New Jersey City University to discuss the economy and interest rates.

“I don’t feel a need that we have to move really fast at the beginning.”

Williams, who is vice chair of the committee that sets the Fed’s interest-rate policy, said he sees a March increase as the beginning of a “steadily moving” process to get interest rates closer to normal. He also said he expects inflation to fall from its current, too-high levels due to a confluence of factors, including the Fed’s moves and hoped-for improvements in supply-chain bottlenecks. Last month, inflation hit 7.5% for consumers compared with year-ago levels.

Higher rates can corral inflation by slowing the economy. But they can also cause a recession if they go too high, and they put downward pressure on all kinds of investments from stock prices to cryptocurrencies.

The expectation among economists and Wall Street is that the Fed will raise short-term interest rates at its meeting next month, which would be the first such move since 2018. They also expect the central bank to quickly afterward reverse some of the bond-buying program that it used to pump trillions of dollars into financial markets through the pandemic.

Wall Street has been fixated on almost every word from Fed officials recently, hoping to divine how quickly and by how much the Fed will move.

St. Louis Fed President James Bullard has particularly shaken the market. He’s said he thinks the Fed’s key short-term rate should go up by a full percentage point before July. That would imply at least one increase of 0.50 percentage points during the next three scheduled meetings, compared to the usual move of 0.25 percentage points.

Others, such as Williams and Mary Daly, president of the San Francisco Fed, have sounded less aggressive, leaving traders’ expectations in flux. Traders were pricing in only a 21% probability of such a half-point move on Friday afternoon, down from 49% a week earlier, according to CME Group.

Williams said he did not want to get into minute details about whether market expectations are in line with his own thinking for interest-rate policy.

But he said that the big-picture movements make sense, based on expectations that the Fed will move its key interest rate closer to normal, like 2% to 2.5% by the end of next year.