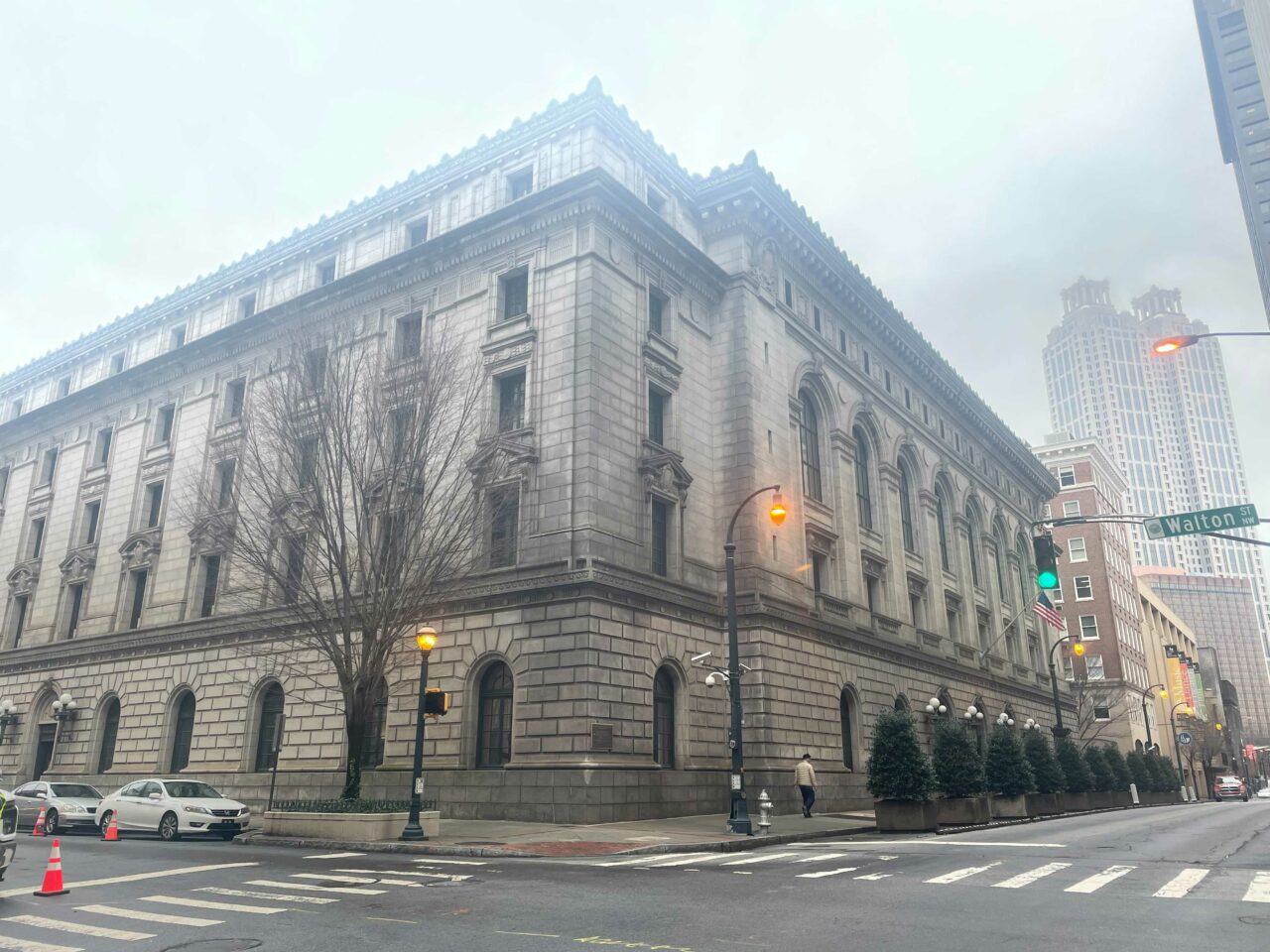 Andrew Adams, the plaintiff in a landmark civil rights case from Florida, was in the courtroom Tuesday while a full panel of federal appeals judges considered weighty issues of gender and identity about him at the center of the nation’s culture wars.

The case challenged a decision by the St. Johns County School Board in St. Augustine to not allow Adams to use the boys’ bathroom when he attended high school. Adams was born a biological female and originally enrolled in the district as one, but he transitioned starting in eighth grade.

Tuesday’s oral arguments in Atlanta were the third time the 11th U.S. Circuit Court of Appeals was considering his case. He originally filed his 2017 lawsuit when he was 17.

“It’s kind of hard to tell how I feel,” he said Tuesday in an interview. “The judges asked a lot of really good questions. They all seemed to be very thoughtful, inquisitive and engaged, but it is really hard to say beyond that.” He added: “It’s hard not to have a lot of hope, though.”

A decision in the case, which could come later this spring, could affirm transgender rights rulings by other federal appeals circuits — or could propel the case to the U.S. Supreme Court for a showdown over transgender civil rights.

Tuesday’s oral arguments were heard by the full panel of circuit judges in Atlanta, usually reserved for cases of special constitutional importance.

One of Adams’ lawyers, Paul Castillo, said his side’s argument stressed to judges that, “the state of Florida recognizes Andrew as a boy, medical experts recognize Andrew as a boy.”

Lawyers for the school board focused on assigning students to bathrooms or locker rooms based on the genders they specified upon enrollment. Castillo said that didn’t work for students such as Adams, who transitioned later in his schooling.

“We have never contended that this case was about eliminating gender-separated spaces,” he said. “It was about eradicating Drew, and Drew alone, a transgender boy, from the boys’ restroom. It doesn’t implicate anything else.”

Three-judge panels in Atlanta twice ruled 2-1 in favor of Adams, but the full panel of judges set aside those decisions for Tuesday’s reconsideration of the case. Republican presidents have appointed most of the court’s judges, including six of 11 by President Donald Trump.

Adams graduated from Nease High School, home of alumni Tim Tebow, and is currently a senior majoring in psychology at the University of Central Florida.

In high school, some students complained to school administrators about Adams using the boys’ bathroom, according to court records. The school responded by prohibiting him from using bathrooms designated for biological males.

School administrators allowed Adams to use a gender-neutral bathroom, or alternatively the girls’ bathroom, which Adams said in court records he found to be humiliating and depressing.

The school board’s current policy requires students to use a single-stall restroom in a designated bathroom corresponding to the sex listed on the student’s enrollment documents.

Adams came out as transgender in eighth grade. He cut his hair short, dressed in masculine clothing, wore a chest binder to flatten his breasts and adopted the “he” and “him” pronouns. He later had gender-affirming surgery, and he updated his learner’s permit and birth certificate to reflect his gender as male, court records said.

A judge earlier this month temporarily suspended a federal lawsuit in Broward County pending the outcome of the Adams decision by the appeals court. In that Florida case, a student sought to play on the women’s high school soccer team but was barred under a new Florida law signed by Gov. Ron DeSantis that prohibits biological males from competing on female sports teams.
___

nextSuits for Session returns to the Florida Capitol today