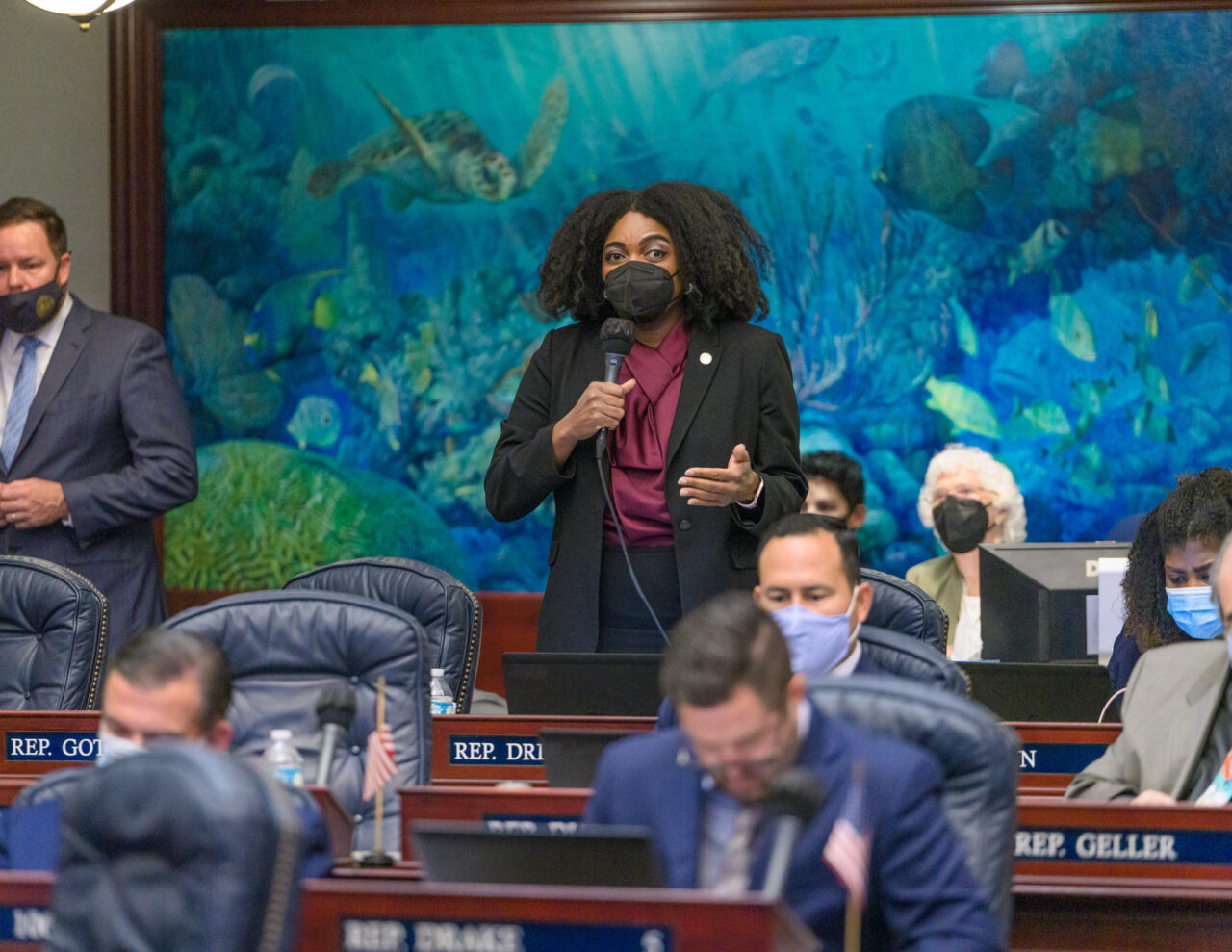 The bill represents three years of work addressing a plethora of Black cemeteries erased from history.

Rep. Fentrice Driskell Wednesday came one step closer to realizing the fruition of three years’ hard work and a racial reckoning nearly a century in the making.

Driskell’s Abandoned African American Cemeteries bill (HB 1215) cleared its final panel with a stop in the House State Affairs Committee and will now head to the House floor. The bill creates an Office of Historic Cemeteries within the Division of Historical Resources. The office would focus on the coordination of research, repair, restoration and maintenance efforts at abandoned Black cemeteries, but would extend to all historic cemeteries as well.

The bill seeks to staff the office with three full-time employees at an estimated cost of $200,000 per year. The bill also seeks funding for grants to pay for some of that work and creates an Abandoned African American Cemeteries Advisory Council.

“What’s really cool about the Office of Historic Cemeteries is that it will serve all communities but will have a specific emphasis to handle the delicate issues around African American cemeteries,” Driskell said. “It will be a great office and addition for our state.”

Driskell’s work started in 2019 following a Tampa Bay Times investigation that led to the discovery of hundreds of forgotten graves under a Tampa public housing development. The cemetery, Zion, was one of the first Black cemeteries in Tampa. It was built in 1901 and by 1929 had been systematically erased from city records, allowing the land to be developed with no regard for the dead buried there. Soon, other forgotten cemeteries meant to house Tampa’s Black residents were rediscovered.

On the same day HB 1215 cleared its last committee stop, 45 more unmarked cemeteries, four of which are Black cemeteries, were found throughout Tampa Bay.

“There was a time in our state when even cemeteries were segregated. Historically, African American cemeteries were not subject to the same regulations and upkeep as their counterparts,” Driskell said. “Moreover, the lands on which these cemeteries were contained were sometimes sold without any regard to who was buried there and sometimes even buildings or roads or parking lots were built on top of them.”

Last Session, HB 37, creating the Abandoned African American Cemeteries Task Force, was passed and signed into law. The task force met several times leading up to this year’s Legislative Session to study the extent of the issue. It came up with a 200-page report addressing forgotten cemeteries and how the state can move forward honoring and preserving their legacies. It also puts in place a mechanism to prevent development atop rediscovered cemeteries.

“Thinking about the ramifications as far as what it can do for some of the families looking back on their history and getting some closure on where they came from and where their family members might be buried,” he said. “This is an amazing bill.”

Sen. Janet Cruz has sponsored companion legislation in the Senate.

nextThe doctor is in: Joseph Ladapo confirmed as Surgeon General