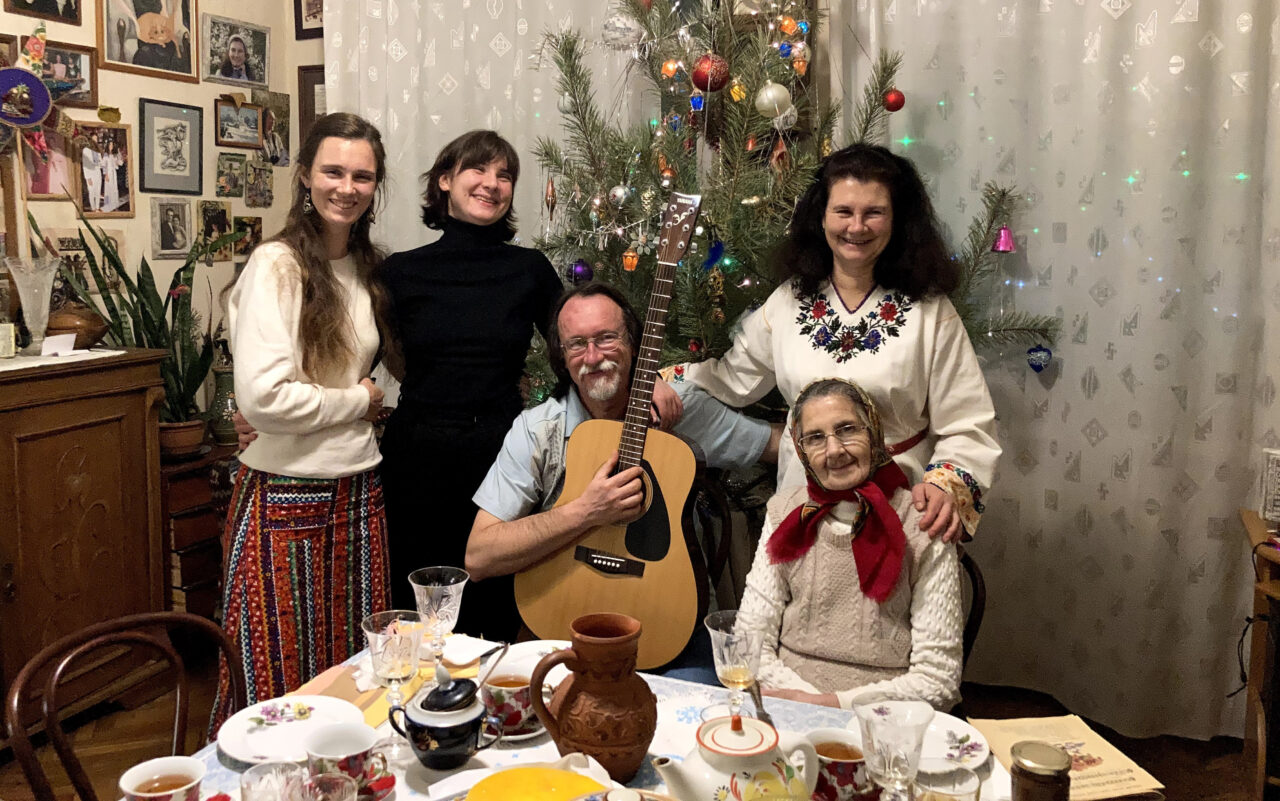 'Now, they realize that there really is the possibility of war.'

Tape on the windows. Bathtubs filled to the brim with water. Precooked meals stashed away in the kitchen. That’s what is inside Anastasiia Valenko’s parents’ two-bedroom apartment on the fourth floor of a building in Kyiv, the capital city of Ukraine.

“The house is wooden,” she said. “So, if it starts burning it will be very quick.”

Hours after Russian troops launched a full invasion on the European nation — the largest military action in Europe since World War II — Floridians living here and around the world with ties to Ukraine and Russia fear for their friends and relatives.

Valenko, 31, left Ukraine in 2011 and moved to the United States at 24 to pursue a master’s degree at New York University.

She now lives with her husband, who is also Ukrainian, and her 5-month-old son in Tallahassee, where she is pursuing a doctoral degree at Florida State University.

Despite a seven-hour time difference, she keeps close contact with her parents and grandmother, who are staying together.

“The combat is just 4 miles away from their apartment,” she said. “You can walk 4 miles.”

Russian forces launched an invasion in Ukraine Thursday on what the Ukrainian president, Volodymyr Zelenskiy, wrote on Twitter “is a declaration of war on the whole of Europe.”

The attack comes after years of threats and decades of tension between the Russian government and Ukraine.

Valenko said her parents awoke early Thursday to the sound of shelling outside their home.

“I had to have a couple of very uncomfortable conversations with my husband when we decided that no matter what — even if our parents die — we’re just staying here,” she said. “We’re not trying to attend a funeral or anything because we have a son. So, he needs both parents.”

Whether to stay home, where a war zone arises, or to flee the country is a decision for millions of Ukrainians as Russian missiles strike the country.

After four years living in Ukraine, Michael McCarthy, 59, of Tampa left his home in Hostomel, one of the cities targeted by Russian attacks a week after his evacuation. As a U.S. citizen, he was encouraged by his company and the U.S. government to leave Ukraine as soon as possible.

McCarthy is staying in Egypt but has no news on his house and belongings back in the now war-torn nation.

His main concern now lies with the safety of Ukrainian residents who are still hunkered down in lieu of future attacks. Meanwhile, he doesn’t know of any U.S. citizens who were unable to retreat.

The State Department’s Smart Traveler Enrollment Program, a free service that allows U.S. citizens traveling and living abroad to enroll their trip with the nearest U.S. Embassy or Consulate, was key in providing information and maintaining communication with American citizens in Ukraine, he said.

“I think the State Department has done everything that they could have possibly done … to take care of American citizens,” McCarthy said.

With Russian President Vladimir Putin’s threats of invasion, McCarthy said he knew this time it was serious.

He said Putin’s comments that Ukraine is not a real country and doesn’t have a real history are insulting to a sovereign “nation that has existed longer than the Russian Federation.”

But despite common anger and distrust among the population, after so many years living in this conflict, many thought this was just yet another moment of crisis, he said.

“Some people just today decided that they wanted to leave when the reality of a war hit them,” McCarthy said. “Unfortunately, they probably delayed too long.”

McCarthy filled his Thursday calling all of his Ukrainian colleagues and friends who stayed behind, many of whom had communicated an unwillingness to accept the possibility of war before Russia’s latest attack.

But Thursday changed their mindsets.

“Now, they realize that there really is the possibility of war,” McCarthy said. “Because now there is a war.”

Those sleeping in Ukraine during the attack felt the scenes of a real war emerging after years of ongoing conflict with Russia.

Lying in their apartments in and around Kyiv, Alona Bondarenko’s family jolted awake Thursday from the sound of phone calls from Boca Raton. On the other side of the line, Bondarenko warned them of the attacks.

Some rushed to public home shelters, some sought refuge in their own homes and others attempted to evacuate. Traffic kept thousands of Ukrainians stuck in the country for yet another day.

“Not a lot of people are going to move from Ukraine because they don’t have options,” Bondarenko, 37, said. “They don’t have a place to go.”

She moved to the U.S. in 2015 with her husband, Mykola Dyachok, and their infant son. They decided to leave the country after the Ukrainian Revolution escalated tensions with Russia, which heightened concern for the safety of her family.

Seven years later, they know they made the right decision to leave. But this week’s attack increased their worry about their families who stayed behind.

A small underground bunker in the backyard of Bondarenko’s grandma’s house in the suburbs surrounding Kyiv is now the family’s safe haven. In preparation of an impending attack, she and her daughter gathered Thursday night in what is now a bomb shelter.

“Today is already so bad,” said Dyachok, her husband. “But tomorrow is going to be worse.”

Anastasia Dreval, a 20-year-old Russian student at the University of Florida, said she opposed the war.

She fled Russia with her parents and siblings in 2017 when she was 16, after she said her mother, who worked as a lawyer, was physically abused by the Russian government.

Carolina Ilvento and Abigail Hasebroock reporting; produced by Fresh Take Florida, a news service of the University of Florida College of Journalism and Communications. The reporters can be reached at [email protected] and [email protected].

previousWinner and Loser of the Week in Florida politics — Week of 2.20.22

nextKamala Harris vs. Ron DeSantis a dead heat in poll of 2024 possibilities