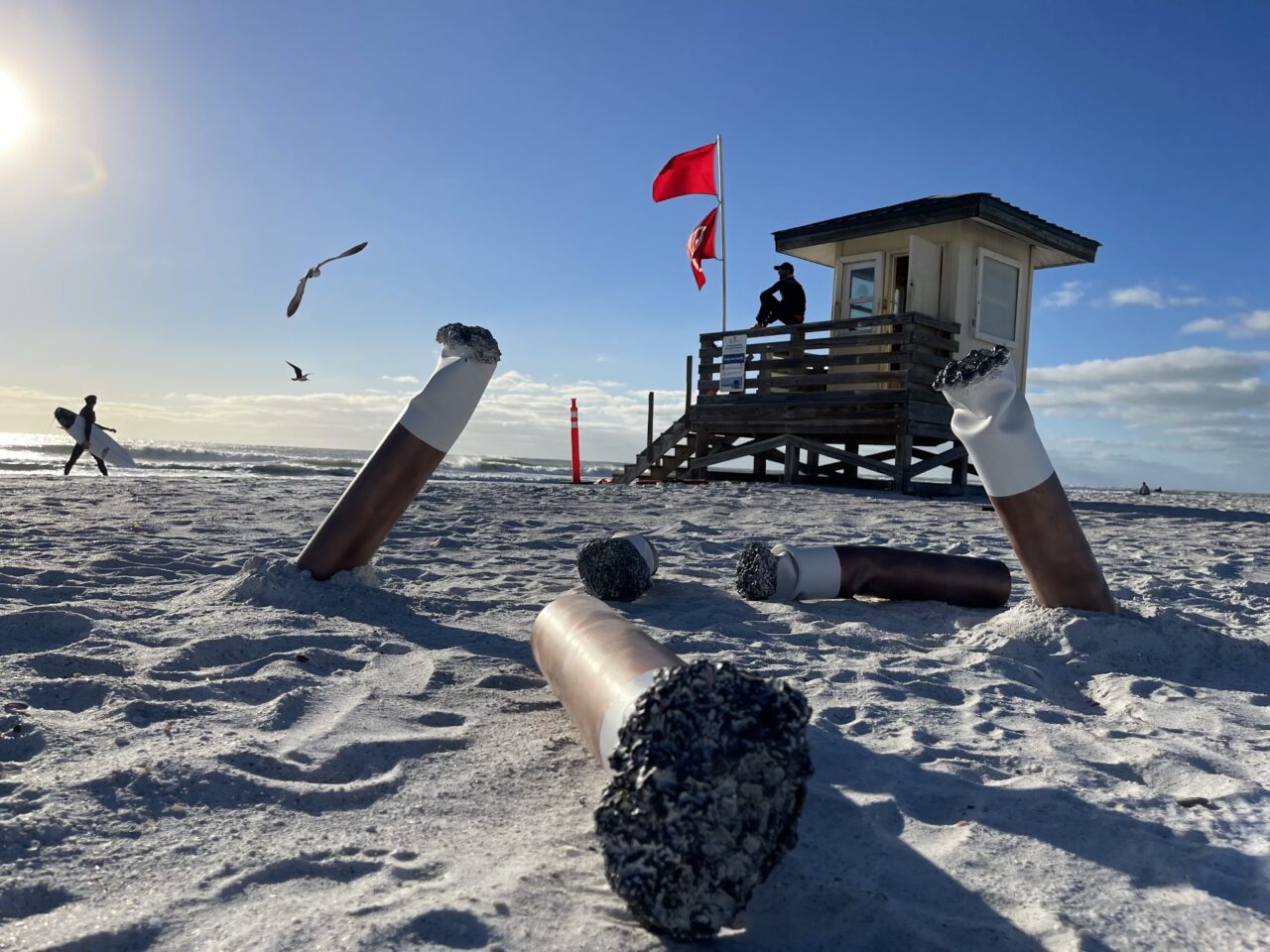 Will cigar discrimination make the bill burn out in court?

Will Florida communities finally get to snuff out beach smoking?

The Florida Legislature on Wednesday passed a bill (HB 105) to empower cities and counties to regulate cigarettes in parks, including beaches. But a dust-up over cigars ignited controversy on the Senate floor and nearly snuffed the bill out.

Sen. Joe Gruters presented the legislation. He has tried to change the law and allow localities to decide whether to allow smoking in their own parks and beaches. But he has run into resistance through the years from colleagues who represent communities with identities closely associated with cigars.

Before the bill passed in the Senate Committee on Environment and Natural Resources, Gruters agreed to an amendment at the behest of committee Chair Jason Brodeur, a Lake Mary Republican, to focus the bill on cigarettes. The bill sponsor’s assessment of the politics leading to the debate proved blunt.

“That’s the great thing about how this process works. I probably personally would prefer that we give local governments the ability to ban any of the products,” Gruters said.

But the driving force behind his Senate legislation (SB 224) has been cutting down on pollution and litter, not second-hand smoke. Brodeur said in committee he had a problem with parks allowing campers to burn campfires but not smoke cigars.

Gruters agreed to an amendment that said beaches could restrict cigarettes, which leave behind plastic cigarette filters, as well as plastic-tipped cigars, that do the same. But it made clear governments could not restrict tobacco products that do not leave behind any nonbiodegradable remnants.

“It helps the environment by removing the bad butts off the beach,” Gruters said.

But the Senate agreed to take up the House version of the bill for a floor vote. The House bill, which passed on Feb. 24 in a vote of 105-10, had a more narrowly tailored carveout for stogies.

Ironically, the House originally didn’t considered such a carveout, but in an attempt to bring the bill in line with the Senate, the lower chamber amended the bill to drop cigar regulation. The final legislation exclusively exempts unfiltered cigars but allows governments to ban everything else.

“I’m thrilled with the non-preemption here,” said Sen. Tina Polsky, a Boca Raton Democrat. “But what I’m not thrilled with are cigars. So sorry Brodeur, but they stink.

“It’s not just the butts. I know you’re trying to get rid of the butts on the beach. But I don’t want to smell cigar smoke on the beach. If Boca Raton wanted to ban smoke for the smell as well as, you know, non-butts, then why can’t they be able to do that? Why are we making an exception for Brodeur?”

Sen. Jason Pizzo, a Miami-Dade Democrat, pressed Gruters on whether the bill would treat unfiltered cigarettes that had been hand-rolled. Sen. Jeff Brandes, a Pinellas Republican, similarly asked about cigarillos, a narrow cigar closer in size to a cigarette.

Eventually, a bill rolling toward passage became consumed in controversy. Rules Committee Chair Kathleen Passidomo, a Naples Republican, asked for debate to halt and for consideration of the bill to be temporarily postponed. With nine days left in the 2022 Legislative Session, that leaves limited time to address controversies or the bill gets snuffed out until next year.

When the bill came back, critics maintained objections and said exempting certain kinds of tobacco would be discriminatory. Pizzo said he could support a full ban on all smoking at parks and beaches but not one that looks favorably on one tobacco product but harshly on another.

“George Carlin used to say having a smoking section in restaurants is like having a peeing section in the pool. It doesn’t make any sense,” he said, referring to the late legendary comedian’s views on cigarette regulation.

But Gruters suggested snuffing out most smoke made for good policy regardless.

“You got to remember smoking with cigarettes is like 99.6% of all smoking,” he said. “That’s the goal. We want to try to give local governments the ability to restrict as much smoking as possible.”

Ultimately, the Senate passed the bill in a 30-7 vote. It now heads to Gov. Ron DeSantis, who could sign it, veto it, or allow it to become law without his signature.

nextMatch made in hell? Trash vs. Florida congressional candidate with a victim complex