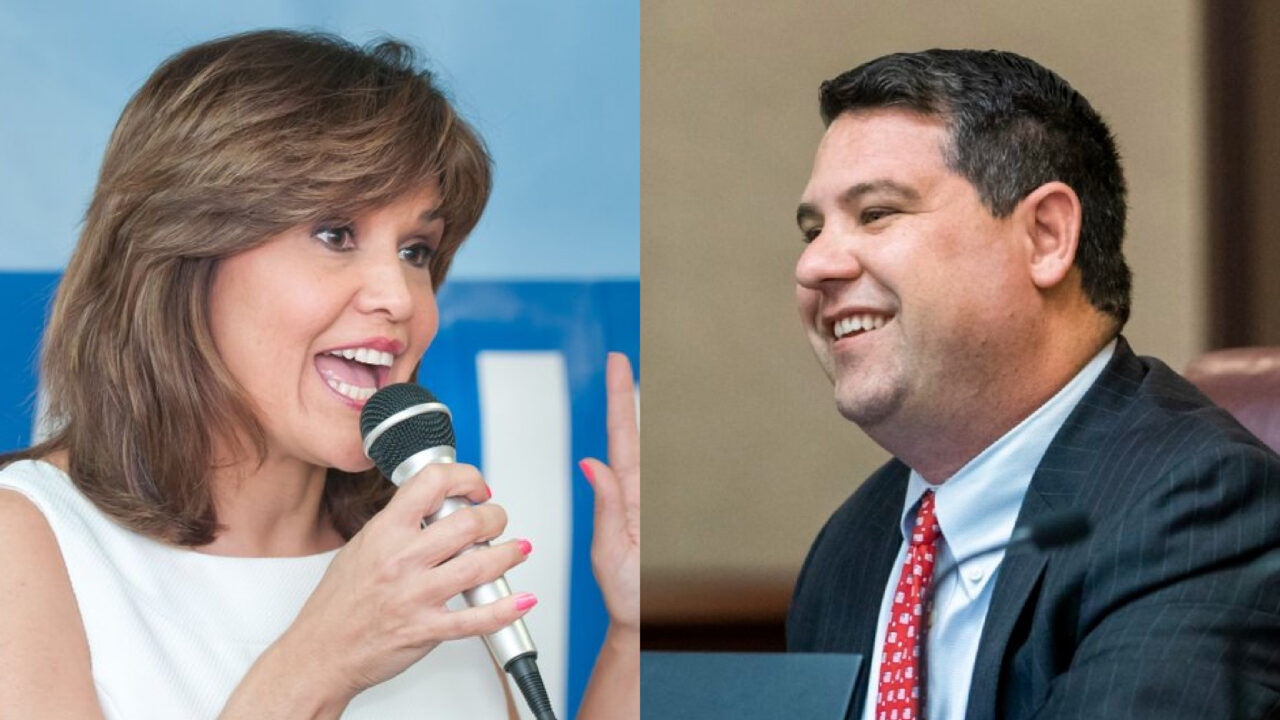 Hutson said Taddeo 'identified a problem that I don’t think any of us was aware about until you brought attention to it.'

The inclusion of an amendment by Democratic Sen. Annette Taddeo in Republican Sen. Travis Hutson’s sweeping elections bill wasn’t enough to gain her support of the legislation. But it proved sufficient to elicit a respectful exchange between the two prior to the bill’s passage.

SB 524, which the Senate passed 24-14 mostly along party lines Friday, bans ranked-choice voting, changes vote-by-mail forms and creates a 15-person Office of Election Crimes and Security within the Department of State to investigate voter fraud complaints.

It also sets steeper and broader penalties for third-party voter registration tampering — an amendment Taddeo proffered in response to news reports and calls to her office about a “concerted effort” to dupe elderly Hispanic Democratic voters into switching their party affiliation to Republican.

Taddeo thanked Hutson for altering his bill even though it would have passed regardless, and despite likely knowing that the changes wouldn’t be enough to win her vote.

“I know that’s not normal,” she said.

Hutson said he appreciated the amendment.

“You have identified a problem that I don’t think any of us was aware about until you brought attention to it,” he said. “And it now made its way around the state, given the great research done by some of our news outlets, so thank you for that, and that is why that is in here. I’ve said I don’t want anything fraudulent happening in our elections, and you identified that problem.”

Taddeo later said in a statement, “Though I did not vote for SB 524 because it contains many harmful election reforms including the implementation of Ron DeSantis’ Election Police, it does address a very serious issue with voter registration here in Florida.”

In December, WPLG Local 10’s Glenna Milberg reported that residents of the Haley Sofge Towers in Miami’s Little Havana neighborhood had their voter registration changed from Democrat to Republican without their consent.

As additional complaints surfaced, Miami-Dade State Attorney Katherine Fernandez Rundle promised to investigate the scheme, which appears to have targeted seniors who speak little to no English.

According to the Miami Herald, more than 100 people who live in the towers and a nearby building — all low-income housing communities — switched their political party affiliation to Republican in a recent four-month period.

Taddeo, who is running for Governor, has been conducting her own inquiry into the matter. It brought her to Hillsborough County, where she spoke with one woman who claimed she’d been paid by a Donald Trump-backed dark money group, Florida First, to trick elderly Democrats into changing parties. Taddeo’s office said Tuesday she has since submitted information to Hillsborough State Attorney Andrew Warren.

The activity also has been linked to the Republican Party of Florida. Both Florida First and the RPOF have denied any involvement.

Taddeo’s amendment to Hutson’s bill will impose a $1,000 fine for every voter registration form its employees alter without a person’s knowledge.

“Let me be clear,” Taddeo said. “We made a bad bill less bad. I could not in good conscience vote for it, but we did make gains.”

previousHere’s Brunch, a pop-up, weekend email during the 2022 Legislative Session — 3.6.22