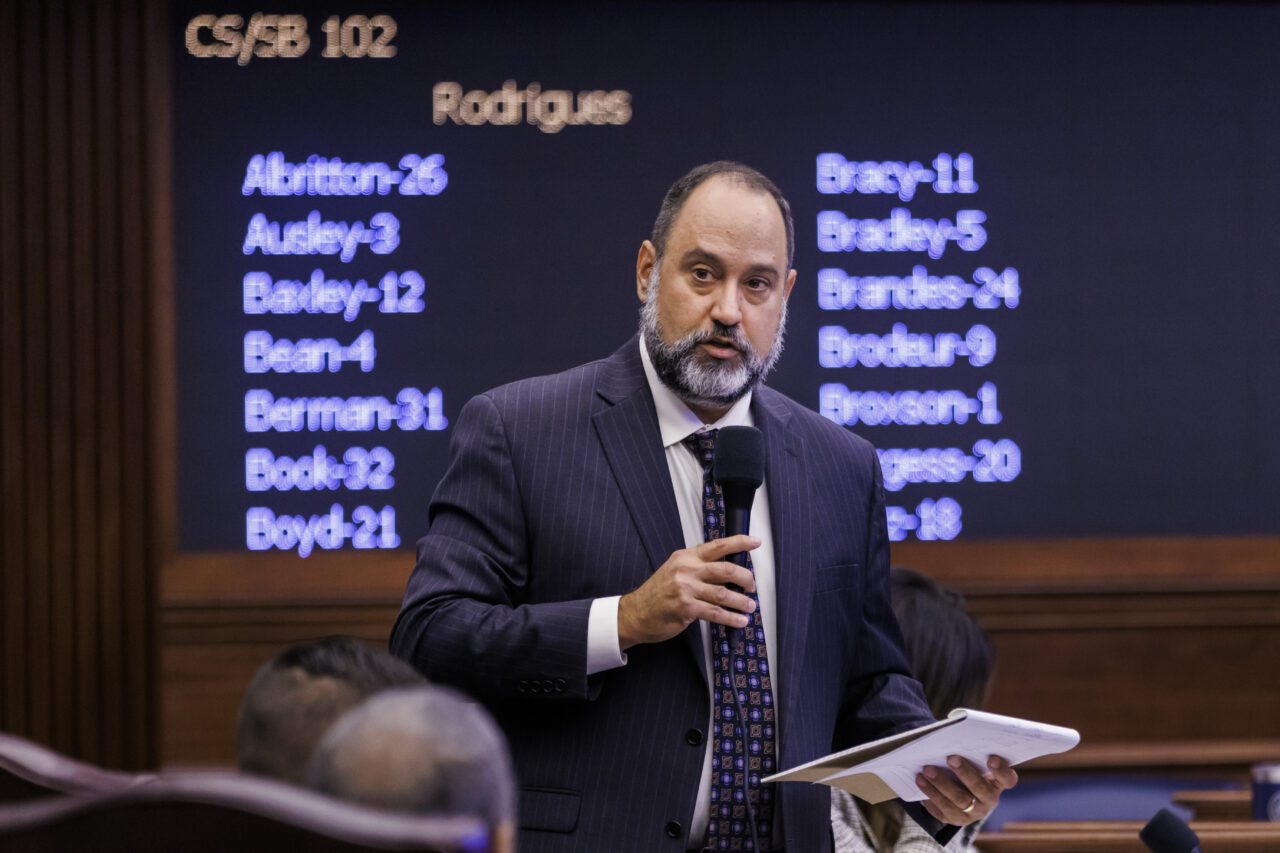 'It is the only true vestige of power they have left outside the Legislature.'

A bill to curb out-of-state influence in the ballot initiative process is on its way back to the House as lawmakers revisit the proposal after it was struck down last year.

The Senate voted 22-16 Monday to pass the bill (HB 921), near party lines. Because senators approved changes they hoped would avoid a second injunction in the courts, the bill must next return to the House.

The proposal, filed by Eucheeanna Republican Rep. Brad Drake, would limit non-Floridians from donating more than $3,000, and out-of-state political committees from receiving donations worth more than $3,000, when it comes to ballot initiatives in the petition-gathering process.

The provision comes after a federal judge ruled against the state in July regarding similar legislation to limit the influence of money in the petition-gathering process, saying it violated the First Amendment. The measure would have capped all donations to political committees backing proposed constitutional amendments at $3,000 during the signature-gathering process.

The Senate version (SB 1352), carried by Sanford Republican Sen. Jason Brodeur, initially did not contain the out-of-state influence provision and instead only addressed foreign contributions. However, as the sponsor of last year’s bill, Estero Republican Sen. Ray Rodrigues shepherded the new attempt to constrain funding for constitutional amendment initiatives, which have gone against Republican lawmakers’ interests in recent years.

While Judge Allen Winsor in the Northern District of Florida called last year’s law a violation of the First Amendment, Rodrigues said the judge’s criticism was that the bill was too broad. On Thursday, Rodrigues told senators the new version attempts to “thread the needle” on what is overly broad.

“We need to make sure it’s actually citizens that are initiating this effort to amend the constitution,” he said.

West Palm Beach Democratic Sen. Bobby Powell said the bill was well-intentioned but stood firm with his caucus against the proposal. St. Petersburg Republican Sen. Jeff Brandes also voted against the bill, arguing placing a $3,000 limit on donations is a violation of free speech.

Drake had argued committees can’t oppose ballot initiatives during the petition gathering process because the initiatives haven’t been formalized yet. However, Rodrigues said Republican Sen. Jennifer Bradley and Democratic Sen. Jason Pizzo argued targeting one side of the process could spell problems in the courts, and Democratic Sen. Lori Berman identified a case in which a committee opposed a ballot initiative this year.

A second provision would ban contributions from foreign governments, foreign political parties, foreign businesses and foreign citizens, as well as people who aren’t U.S. citizens and who aren’t granted permanent residence. That doesn’t include dual citizens.

Federal law already prohibits donations from foreigners and foreign entities to elections. However, a decision the Federal Elections Commission (FEC) issued in November opened the door to foreign donations for state ballot initiatives.

After Sine Die in 2021, DeSantis suggested to reporters he would likely sign the bill despite questions over its constitutionality. Those questions stemmed from the U.S. Supreme Court’s 2010 Citizens United decision protecting political contributions as free speech.

The proposed legislation could reduce the amount of resources available during the signature collection process. Opponents fear, and proponents hope, that fewer initiatives will make it to the ballot stage.