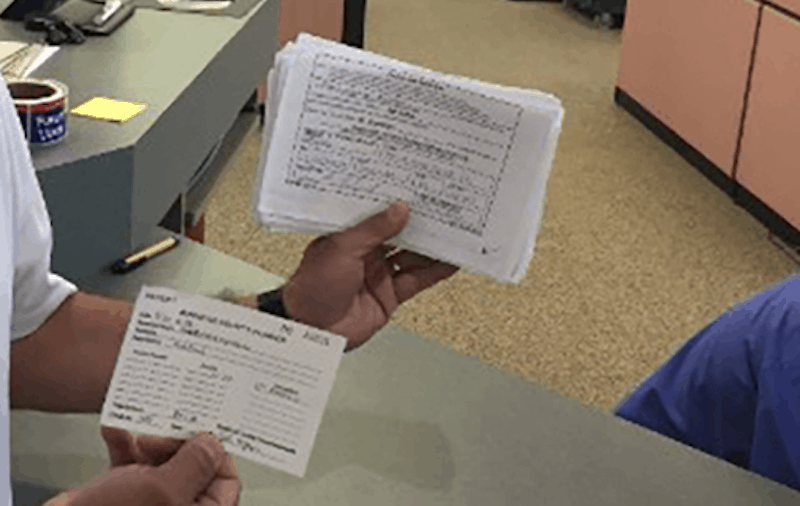 The bill just kicked in.

A federal judge has halted Florida’s law placing limits on early donations to citizen initiative campaigns the day it was set to take effect.

The judge sided with the American Civil Liberties Union of Florida, which sued to defeat the bill (SB 1890) last month. The ACLU argues the measure unconstitutionally burdens and chills Florida citizens’ free speech.

“Senate Bill 1890 is just another attempt to undermine Florida citizens’ rights and we are pleased the court blocked it from going into effect today,” said ACLU of Florida staff attorney Nicholas Warren in a statement. “The Florida Legislature has made it increasingly harder and costlier to propose citizens’ initiatives and get them on the ballot. We know this effort is unconstitutional because it violates Floridians’ First Amendment rights, and we look forward to getting the law permanently struck down.”

The measure would cap donations to political committees backing proposed constitutional amendments at $3,000 during the signature-gathering process. That’s the same restriction placed on donations to statewide candidates.

After Sine Die, DeSantis suggested to reporters that he would likely sign the bill despite questions over its constitutionality. Those questions stem from the U.S. Supreme Court’s 2010 Citizens United decision protecting political contributions as free speech.

However, Judge Allen Winsor in the Northern District of Florida wrote in his order Thursday that Florida has no significant interest in limiting political speech, in the form of donations, of political committees with fewer but bigger contributors.

Sean Shaw, chairman of several committees supporting Fair Elections for Democracy Amendments, said he was grateful for the court stepping in to defend the First Amendment.

“Today’s decision by U.S. District Judge Allen Winsor is a huge win for Floridian’s right to direct democracy,” Shaw said. “The citizen initiative process is protected by our State Constitution, and the contribution limits placed on ballot initiatives under SB 1890 are blatantly unconstitutional.”

At least one lobbyist has dubbed the measure the “anti-John Morgan bill” after the Orlando-based lawyer who has been the main driver of several successful ballot initiatives, including the recent minimum wage increase and the legalization of medical marijuana.

Winsor’s ruling comes less than a day after another federal judge pumped the brakes on Florida’s pending law to crack down on what many Republicans see as disproportionate punishments handed down by social media companies against conservatives.