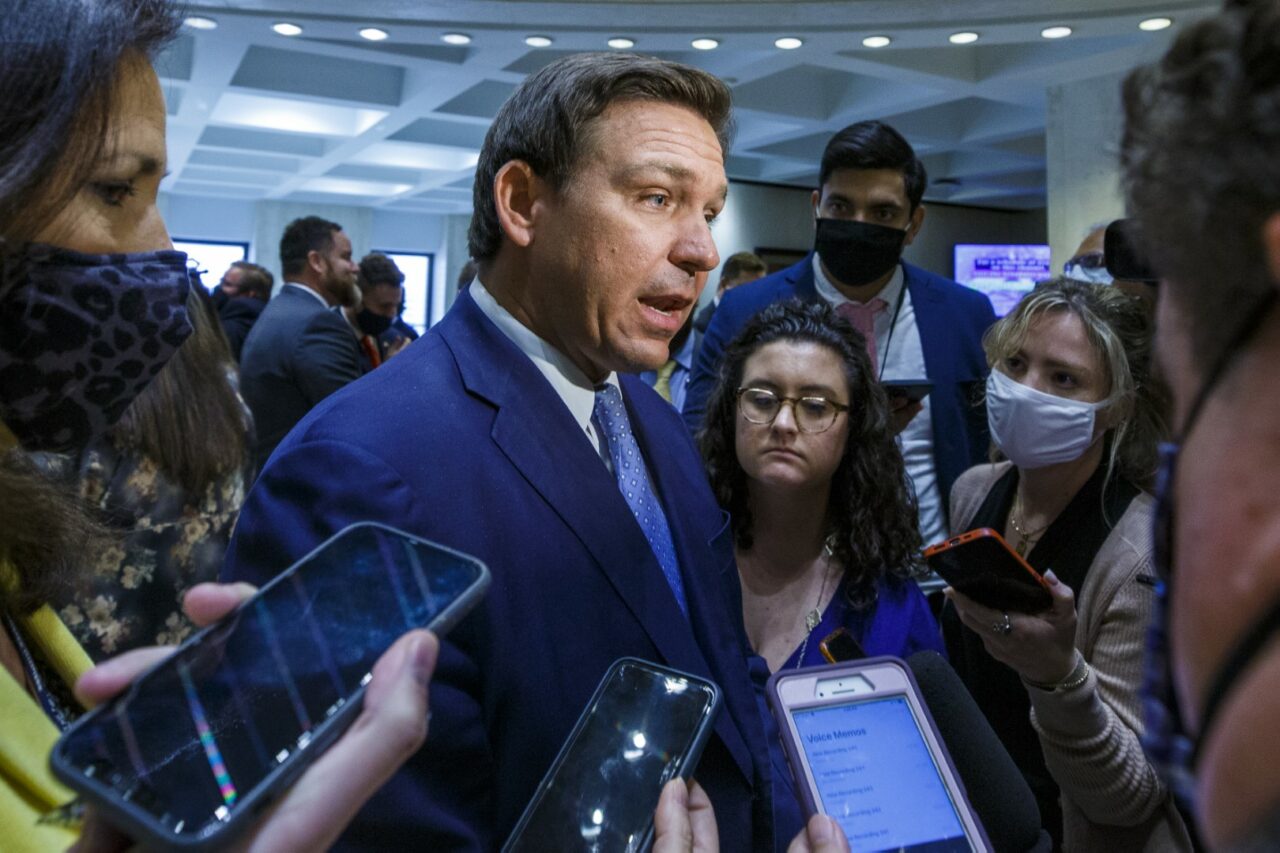 At the close of the Legislative Session, Gov. Ron DeSantis batted back concerns about possible lawsuits arising from some of the most contentious bills passed this year.

“There’s a cottage industry of lawsuits. That’s what happens when you do this,” DeSantis told reporters in the Capitol rotunda after the hankie dropped to signify the end of the 2021 Legislative Session.

No less than two days after DeSantis signed House Bill 1, a bill to create new penalties for protesters, civil rights lawyers filed a challenge arguing the law infringes on the “peaceful expression of speech.”

“The HB 1 lawsuit, I don’t think is viable. I think we’ll ultimately win that one,” DeSantis told reporters.

Democrats have called other Republican-backed bills unconstitutional, like an elections overhaul bill passed along party lines.

The Governor said Friday he will sign that bill.

“I think the election stuff we’ve done, understanding that of course there’s always going to be challenges, but I think they were really attentive to some of the pitfalls, and I think that’ll pass muster as well,” DeSantis said.

DeSantis said he expects a challenge to a bill passed this Session dealing with campaign finance (SB 1890) that puts a limit on contributions made to political committees sponsoring or opposing a constitutional amendment on a ballot.

But in response to a question from a reporter asking about the transgender athlete ban, DeSantis would not discuss the constitutionality of the ban.

But a similar law has played out in another state. A ban on transgender athletes passed by the Idaho Legislature is similar to the one Florida passed this Session. The ban in Idaho was blocked by a federal court. A lawsuit challenging the legality is underway.

Florida’s bill, provided DeSantis makes good on his promise to sign it, would block transgender girls and women from competing on girls’ and women’s sports teams. After the original bill stalled in the Senate, a somewhat watered down version passed when lawmakers added it as an amendment to an unrelate bill dealing with charter schools — a move that enraged critics.