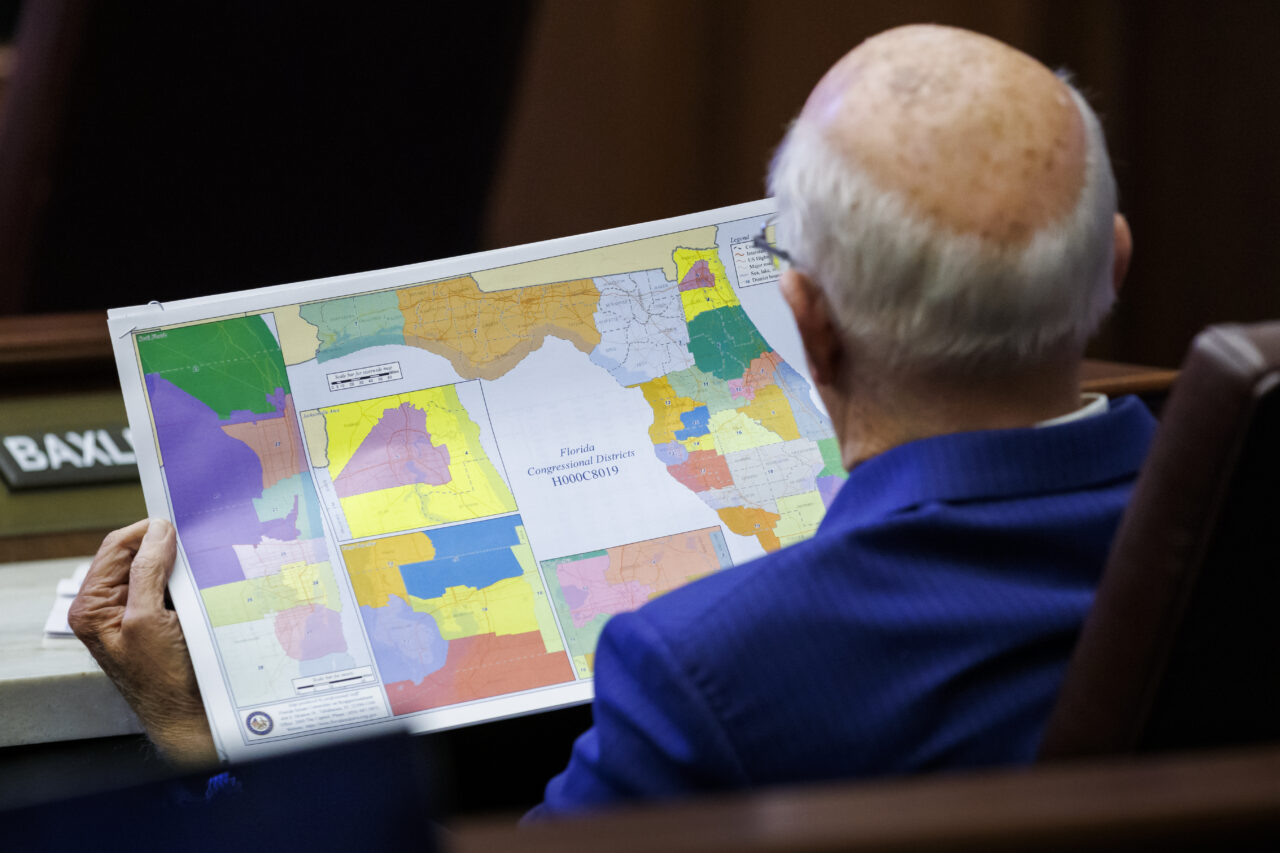 The Governor plans to veto the Legislature's map. A suit argues citizens need one now.

The first lawsuit has been filed over Florida’s new congressional map — or lack thereof.

Plaintiffs sued the state for not having a map implemented a couple months ahead of candidate qualifying. The lawsuit was announced by Democracy Docket, headed by Democratic voting rights attorney Marc Elias.

The lawsuit was filed in the 2nd Judicial Circuit Court in Leon County.

Florida picked up a U.S. House seat in the decennial reapportionment process, and must elect 28 U.S. House members this year instead of the 27 representing Florida for the last decade. Existing congressional districts were also balanced based on the 2010 Census and the lawsuit argues they’re no longer balanced. Plaintiffs say the state cannot simply leave existing lines in place until disagreements resolve.

The lawsuit calls for courts to craft and implement a new map altogether that complies with state and federal law.

The Florida Legislature approved a congressional redistricting plan, but Gov. Ron DeSantis has made clear he intends to veto the cartography. The case said that threat has effectively — and predictably — frozen the political process in the state.

“Florida’s new 28-district congressional districting plan must be implemented as soon as possible,” the case states. “Potential congressional candidates cannot make strategic decisions — including, most importantly, whether to run at all — without knowing the state’s new district boundaries, and the filing deadline for the Primary Election is June 17, 2022.

“Moreover, without a valid congressional districting plan, voters will be deprived of time to organize and support candidates running in their new districts. Under these circumstances — with political deadlock a near certainty — judicial intervention is needed to ensure that a lawful congressional districting plan is in place ahead of the upcoming midterm elections.”

Despite being passed a week ago, presiding officers in the Legislature have yet to send the map to DeSantis.

It’s unusual for a Governor to threaten a veto of a map produced by a Legislature controlled by the same political party. But in this case, the lawsuit argued it was predictable.

The Governor’s Office submitted separate map proposals, and DeSantis asked the Florida Supreme Court to weigh in early on whether any maps would require preserving the configuration of U.S. Rep. Al Lawson’s North Florida district. The request went unanswered, but DeSantis’ office continued to argue the existing Florida’s 5th Congressional District was itself unconstitutional, despite being implemented by the court in 2015.

“The Governor’s opposition to the Legislature’s plan was not limited to press events and social media,” the suit notes, citing proxy statements and a legal brief that laid out arguments against all drafts of a congressional map produced by the Florida Legislature.

Ultimately, the Legislature produced a map (H 8019) that reconfigured CD 5 but replaced it with another Black access seat, unlike the Governor’s drafts. The bill also offered a secondary map (H 8015) that preserves the seat in case the courts rule the first map unconstitutional. As the House considered the maps on the floor, DeSantis tweeted a promise to veto the plan.

Regardless, the lawsuit said Florida needs maps in place, and needs them now.

“The Legislature and Governor have had months to reach agreement on a congressional redistricting plan but have yet to do so,” he said. “In fact, the Governor has made clear that he has no intention of agreeing to the plan passed by the Legislature.”