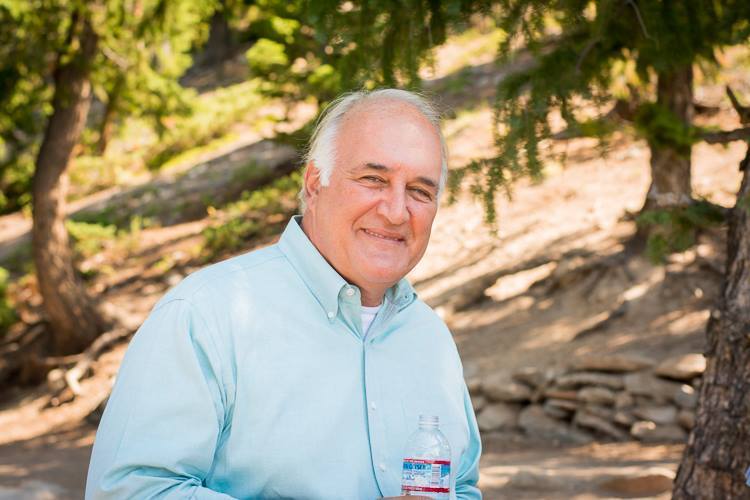 The resignation was part of a settlement reached between Dingfelder and a local development consultant, in response to a public records lawsuit.

John Dingfelder has resigned from his seat on the Tampa City Council.

The news was first reported by The Tampa Bay Business Journal.

The resignation was part of a settlement reached Friday between Dingfelder and Stephen Michelini, a local development consultant, in response to a public records lawsuit. As part of the settlement, Dingfelder also wrote a letter of apology to Michelini. Florida Politics was sent a copy of the letter.

“This lawsuit was always about holding someone accountable,” Ethan Loeb, Michelini’s lawyer, said. “That’s it. Plain and simple. He has been through a lot, and we are thankful that Mr. DIngfelder finally did the right thing by apologizing and stepping aside as a public official. Along with Steve, my partner Allison Doucette and I hope that everyone can learn from this episode and move forward in a positive direction for the greater good of our city.”

MIchelini is a regular fixture in City Hall. He’s often seen at City Council meetings representing business owners looking to obtain permits, rezone land or accomplish anything else related to developing in Tampa. According to his website, Michelini is a development consultant specializing in helping clients navigate government relations, permitting, land use and zoning issues.

Last October, he filed the lawsuit against Dingfelder, accusing the council member of intimidation and improper communication of public information, according to documents filed in Hillsborough County Court. In the filing, Michelini accused Dingfilder of using his wife’s email account to conduct public business and of intimidating Michelini when he made a public request for those emails.

In August, Loeb made a public records request through the city of Tampa for emails relating to a project at the 81Bay Brewing Company site along Gandy Boulevard, including those involving Dingfelder’s wife. Michelini was representing a developer looking to turn the site into a housing community. But Dingfelder had a history of opposing further development south of Gandy.

Last year, Dingfelder said he thought the suit was retaliation for his stance on development there.

“This is all about me standing up for the neighborhoods,” he told TBBJ in 2021. “And the development community, including Stephen Michelini, don’t like it. They’re going to use this to intimidate me, and it won’t work.”

“Going forward, I will inform all who will listen that openness and transparency is the bedrock of public service, and remind my colleagues that public records requests should be taken seriously and promptly fulfilled,” Dingfelder told the Business Journal. “Nobody should be allowed to alter, delete, or destroy public records, and, based on this experience, I encourage all public officials to utilize only their publicly issued email accounts and devices to communicate about public matters.”

“It’s kind of disheartening that we continue to — I don’t want to use the word attacked — but it seems like if we don’t vote a certain way or we don’t do something with certain people we’re under siege a little bit,” Gudes said last month. “I think everyone is feeling that on this Council and the public is seeing that.”

Gudes was responding to both comment from City Council member Bill Carlson, who Loeb requested public records from, and another lawsuit filed by Loeb seeking the identity of Facebook’s James Reed. Loeb alleged the profile is fake and has been used to defame Michelini.

“I believe I have been fair and impartial in voting on items that Mr. Michelini has brought before Council. Of note, I believe I have voted yes on all of them until last Thursday, Feb. 3 when I voted no on a privately initiated text amendment. Again, I was fair and impartial in that vote for which I was in the minority and the application passed. The next day, Feb. 4, I received a public records request from Mr. Michelini’s counsel.”

Dingfelder could not be reached for comment Saturday morning.

previousMedicaid managed care reforms pass, and Floridians are the winners