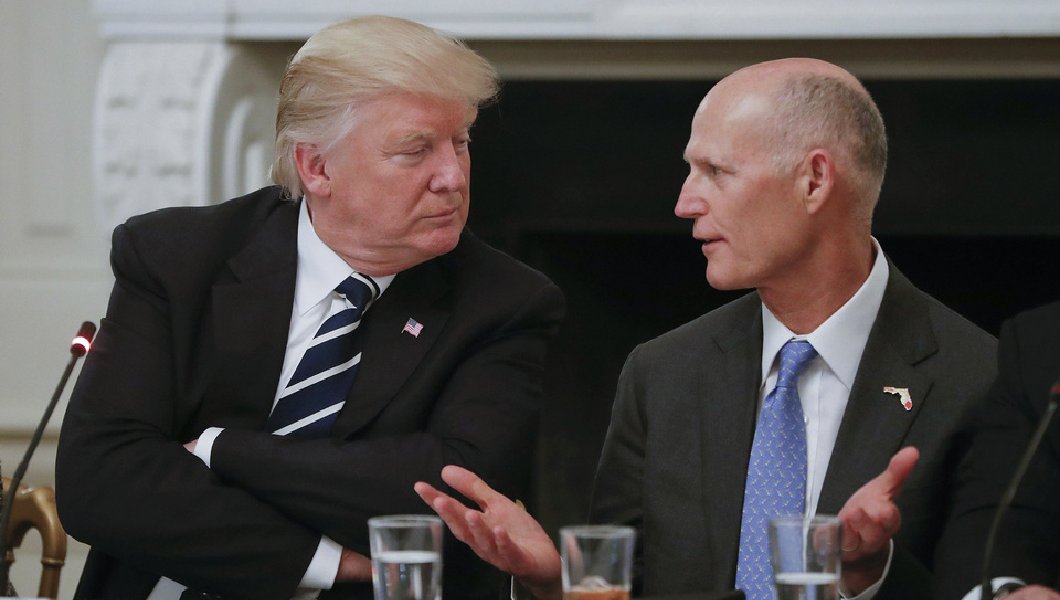 More reason to speculate on that came Monday, with the Trump-affiliated Save America PAC sending out a helpful “ICYMI” email highlighting a media appearance from the Florida Republican Senator over the weekend.

The blast — titled, “Sen. Scott to Newsmax: Biden Cause of US Energy Dependence on Russia” — offered a link to the story and nothing else.

But the narrative was familiar to those who have listened to Republicans in recent months, with Scott talking tough and posing provocative questions like, “Why would you ever want to be dependent on somebody else?”

The shoutout from Trump World came after days of Scott defending his “Rescue America” framework not just against Democratic criticisms, but those of Trump nemesis Senate Minority Leader Mitch McConnell himself.

Saying he intended to lead the party past November, McConnell rebuked the proposal during a press conference that Scott left abruptly, vowing that proposed tax hikes on lower income people and potential sunsets of Social Security and Medicare “will not be part of our agenda.”

Scott has bluffed his way through reporters’ questions about the McConnell rift.

“I just think there’s a difference of opinion. Some people don’t want to have a plan,” Scott said on the Ingraham Angle on March 7.

The day before, another Fox News host asked Scott if he sought to supplant McConnell.

Asked if he wants to lead Senate Republicans by host Maria Bartiromo, Scott rejected the premise.

“No,” Scott said, adding that he was focused on working to “represent my state” and “making sure Republicans get back the majority in the Senate.”

“I have committed heresy in Washington,” Scott asserted in an op-ed. “I went out and made a statement that got me in trouble.”

The real proof of Scott’s fealty to the former President, however, is in how aggressively the Senator has yoked to Trump both the fundraising and messaging efforts of the National Republican Senatorial Committee, the Senate re-election effort that he chairs in 2022.

Scott invented an award to give to Trump in 2021. Earlier this year, Scott kicked off the NRSC podcast with a Trump interview.

“President Trump put us in a great position on so many issues,” Scott raved, setting up the friendly chat.

For his part, Trump is aware of how he is the rising tide lifting all Republican boats. Last year, Trump took credit for Republican fundraising writ large, including that of Scott’s NRSC.

nextMichelle Diffenderfer, Rachael Santana: In too deep — clean water regulations can make you sink or swim