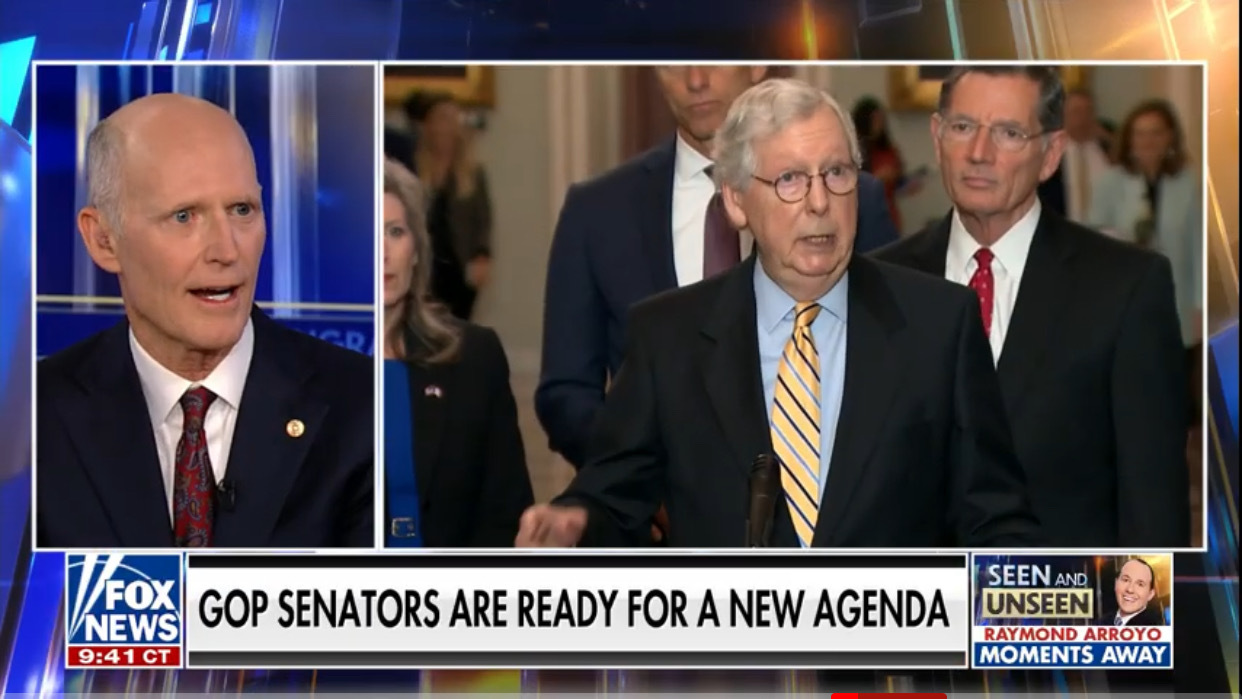 'Some people don't want to have a plan.'

Scott, during an appearance on the Fox News Channel’s “Ingraham Angle,” asserted a “difference of opinion” with McConnell. This was his latest attempt in recent days to address the Kentucky Republican’s repudiation of his “11-point plan to rescue America.”

“I just think there’s a difference of opinion. Some people don’t want to have a plan,” Scott said.

When asked why McConnell “doesn’t want to have a plan” by host Laura Ingraham, Scott sighed.

“Who knows why,” Scott said, repeating vows to “have a plan” and “work a plan” when Republicans regain the Senate Majority.

Scott gamely sidestepped yet another question about whether he wants to be Majority Leader should the GOP retake the Senate under his watch as head of the National Republican Senatorial Committee.

“I’ve got to win the majority of the Senate this year,” a non-answer Ingraham framed as a “yes.”

While the interview represented Scott’s second tepid denial of interest in McConnell’s role as Republican leader, it likely won’t quell the feud started last week when Scott introduced his plan, one that McConnell declared dead on arrival at a press conference as Scott walked away.

Scott called attention to the ongoing disagreement with a pointed op-ed Friday in the Wall Street Journal.

“I have committed heresy in Washington,” Scott asserted. “I went out and made a statement that got me in trouble.”

Indeed, that trouble included McConnell asserting that if the GOP took the majority, that he would be leader, and then slamming the Scott plan.

“If we’re fortunate enough to have the majority next year, I’ll be the Majority Leader,” McConnell said. “I’ll decide in consultation with my members what to put on the floor.”