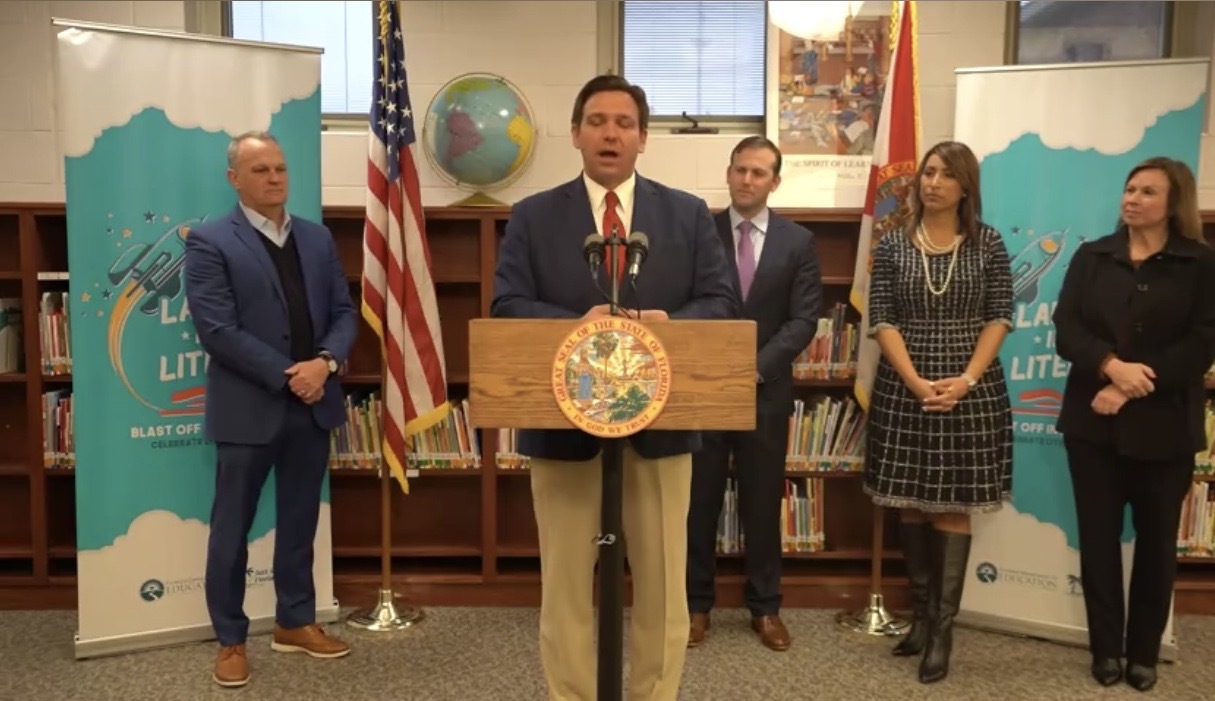 The Republican Governor calls the bill 'a huge win for parents, students and teachers.'

Gov. Ron DeSantis has signed a bill replacing the Florida Standards Assessment (FSA) with progress monitoring, a priority of the Republican Governor as he seeks re-election.

The proposal (SB 1048) replaces the annual standardized testing with a computer-based progress monitoring screening in English language arts and mathematics. The progress monitoring, spaced three times a year, will begin in the 2022-23 school year for students in pre-kindergarten through 10th grade.

Speaking at St. Petersburg Collegiate High School, an “A”-rated Pinellas County public charter high school of choice every year since it opened in 2004, the Governor on Tuesday told reporters he was there not to praise the FSA but to bury it.

“Next year, Florida will become the first state in the nation to do a full transition to progress monitoring to inform school accountability,” DeSantis said.

Students would take more strategic tests three times during the school year, with the first two intended to give students, teachers and parents guidance on how to work on the students’ weaknesses. The final “summative” test, late in the school year, would still provide results in time for students to use summer school to meet standards.

The bill also places a cap on class time dedicated to state testing at 5%.

DeSantis said there will be more time for learning with the progress monitoring system, which he called teacher, student and parent friendly.

On Tuesday, Corcoran said the movement to eliminate the FSA began at the start of the COVID-19 pandemic, when the standardized test was canceled.

“What we saw was that the progress monitoring data that did not cease for those students was just as enlightening to us on where those students were and what they needed to do as this very elaborate, laborious FSA,” Corcoran said.

“It’s going to help drive instruction, and then that end-of-year summative assessment’s not a surprise,” Oliva said. “We should know how the students are doing, and we should be able to provide opportunities for acceleration.”

Hialeah Republican Sen. Manny Díaz Jr. sponsored the bill, which originated after DeSantis rolled out the proposal. The Senate passed the bill unanimously earlier this month, and the House approved it 83-31, with six House Democrats voting with Republicans in the majority.

Both Díaz and the House sponsor, Orlando Republican Rep. Rene Plasencia, are former teachers and coaches.

Ahead of the 2022 Session, Plasencia told Florida Politics the likeliest opposition is from people who want to see the reform go further. His prediction has appeared to come true.

Democrats in the House mostly aligned themselves against the bill during the committee process, arguing it still creates high-stakes testing.