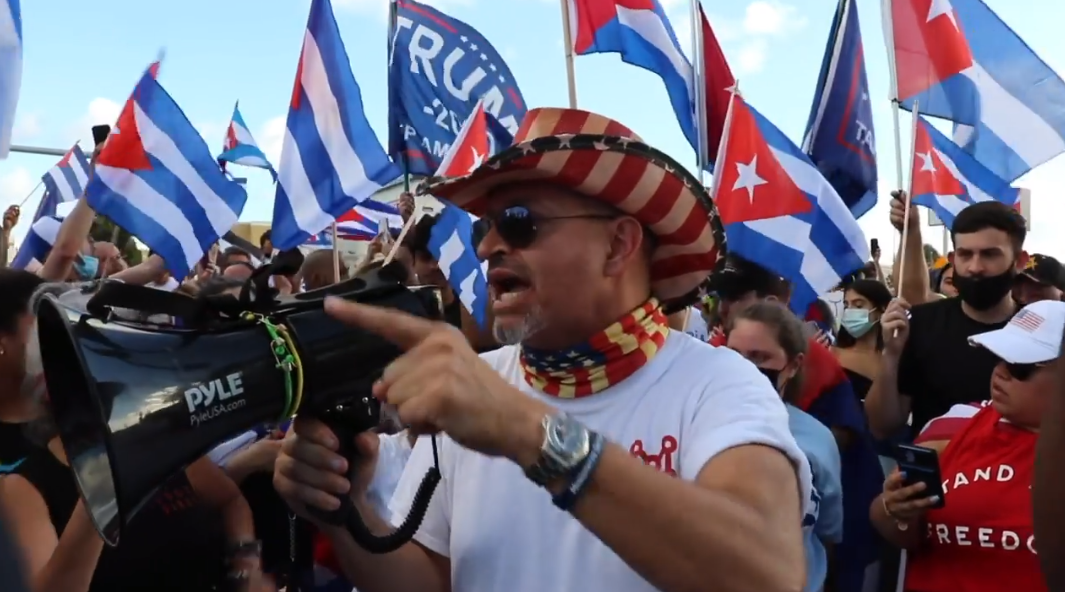 The race to determine who will succeed Democratic Rep. Michael Grieco in House District 113 just got more interesting with the entry of Republican Alberto Perosch, who in one month dropped more money into his campaign than his two opponents hold combined.

A member of the Venezuelan American Republican Alliance and a recently registered voter, Perosch is a past president of several now-inactive Florida-based companies. It appears he tapped some of the profits from those ventures, as nearly all of the $155,000 he added to his campaign coffers in February came from his own bank account.

He also accepted five individual donations of $1,000 apiece, all from Miami-Dade County residents with the same last name. Among them: journalist and Inside Edition booking producer Jordan Kissane.

The only money he spent in February was $15 on a City National Bank wire fee.

Despite his newness as a candidate, Perosch — a pro-capitalism, anti-socialism political aspirant who has referred to U.S. Rep. Alexandria Ocasio-Cortez of New York as “the reincarnation of (Hugo) Chávez made woman” — boasts formidable local ties within his party.

He has rubbed elbows with Florida GOP bigwigs like Gov. Ron DeSantis, Lt. Gov. Jeanette Nuñez, Sen. Manny Díaz Jr. and Rep. Alex Rizo. They and others stood behind and cheered Perosch on last year during a press conference highlighting DeSantis’ signing of a bill penalizing “Big Tech” for alleged conservative censorship.

He’ll face the winner of a Democratic Primary between Andres Althabe, president of the Biscayne Neighborhoods Association, and lawyer A.J. D’Amico.

Having launched his campaign in December, D’Amico has more in his war chest than Althabe. But Althabe handily outperformed D’Amico in fundraising in February, his first month of raising cash, when he brought in more than $33,000 in donations.

Althabe accepted nearly 40 individual campaign contributions ranging from $5 to $1,000. Nearly two-thirds of his gains came from local businesses, the preponderance of which deal in real estate or real estate-adjacent industries.

Miami-based valet service company DEC Parking Way donated $1,000. So did a company with a nearby address and a curiously similar name, DECParkingway LLC, which is not registered with the Florida Division of Corporations.

A similar thing happened with JJN Irrevocable Trust, which the Florida Division of Corporations lists as inactive. That organization gave $1,000, as did Heagrand Inc., PH Hotel Inc., Heafey Bentley Hotel LLC and Bentley Beach 713 LLC. All of those latter companies share an address with JJN.

Other $1,000 donors to Althabe last month included Raircon Construction Corp. and Raircon Corp., which share the same address but have separate filings with the state; real estate company Centauro Corp. and the Picasso Tower, which also share an address; Doral-based Affinity Management Services; and The Water Restoration Group, a mold remediation company.

Of nearly $7,000 Althabe spent last month, more than half went to Codorniz Inc. for strategy consulting services. Another $1,100 covered costs related to a campaign event, including parking, security, supplies, furniture and decorations.

He also spent $835 on a Florida Democratic Party voter file, $600 for campaign photo and video services by Roca Photo Corp. and $570 on printing at Mauluna Total Marketing Solutions.

Post-redistricting, the composition of HD 113 is markedly different. Prior to the change, the district covered all of Miami Beach, North Bay Village and a sliver of Miami and Coral Gables. Now it covers only Miami, Coral Gables and Key Biscayne.

Candidates faced a March 10 deadline to report all campaign finance activity through the end of February.