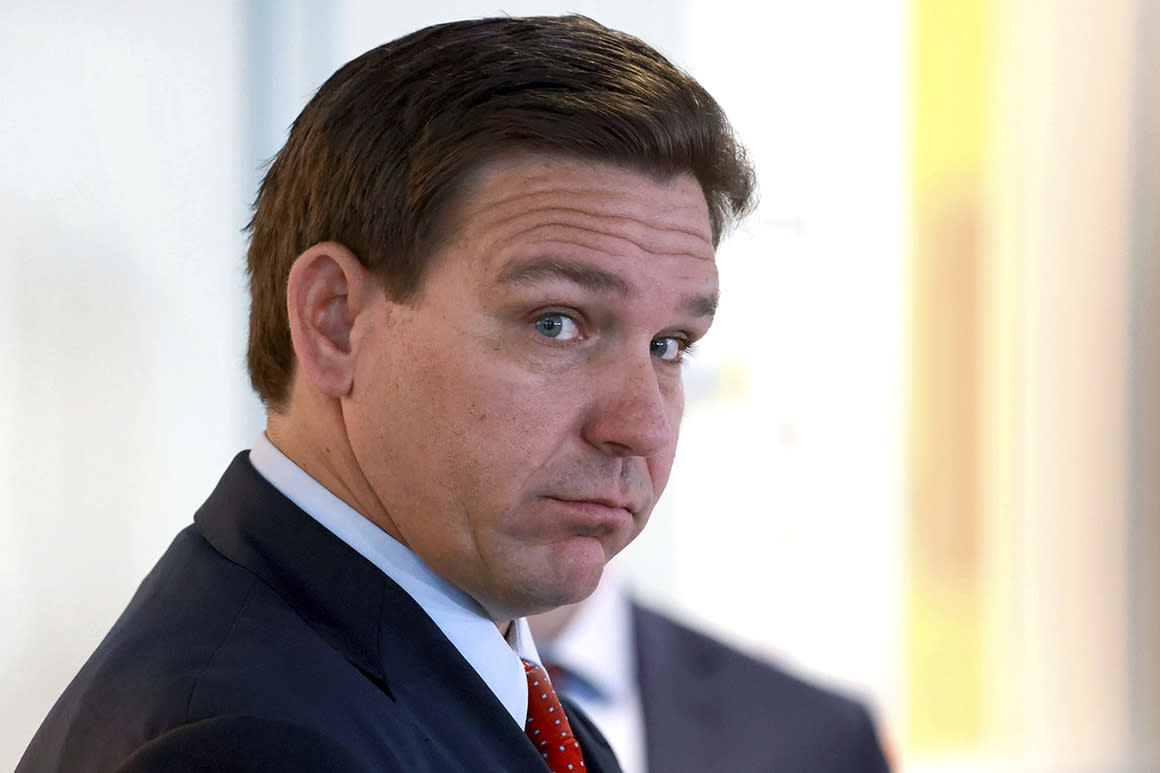 A judge — who kept the law blocked — said the Governor's legal team was changing how it viewed the law.

A panel of judges for the 11th Circuit U.S. Court of Appeals Thursday accused Gov. Ron DeSantis’ legal team of not understanding its own arguments in support of his anti-riot law, also known as HB 1.

The Governor is asking the court to lift an order blocking HB 1 from being enforced. HB 1 was a major priority for DeSantis during the 2021 Legislative Session. The law was a response to civil unrest in the wake of George Floyd’s murder by Minneapolis police. DeSantis celebrated the law as the broadest and toughest anti-riot bill in the nation and promised to have “a ton of bricks rain down on” anyone who violates it.

“Doesn’t the fact that you’re having a problem telling me what the statute does, that the common law it amends didn’t do, indicate to you that there’s a problem with your theory?” Carnes asked Hillborn.

He said the Governor’s legal team was going from “pillar to post on it and back to pillar again” in changing how it viewed the law. He said that the legal team was trying to justify the law by arguing it protects peaceful protesters as opposed to more aggressively pursuing rioters.

“You’re the one who keeps telling us, ‘Don’t worry, it’s the same as common law.’ That’s what you started out with in your position in this litigation,” Carnes told Hillborn. “Then you shifted to, ‘It’s even better. We just protected these folks who go to peaceful protests that turn into a riot,’ but (we) don’t ever really hear exactly how (the law is) doing it. … I’m just troubled by the fact that I really don’t understand your interpretation of the statute.”

The lawsuit was filed last year by a coalition of civil rights organizations including the Dream Defenders, Black Lives Matter, the Black Collective and Florida’s NAACP branches. The groups argued HB 1 would have a “chilling effect” on exercising First Amendment free speech rights and uses “overly broad” and “vague” language that would allow the law to be selectively applied to racial justice advocates or political rivals.

“The plaintiffs say that when they look at the definition it’s not clear. And I think they may be right,” said Judge Jill Pryor, a Barack Obama appointee. “If they’re peacefully protesting at a place where a violent disturbance breaks out, they may be able to be prosecuted or at least arrested under the statute.”

Sonya Harrell represented Jacksonville Sheriff Mike Williams during the hearing. She also argued the statute builds on common law to narrow, not broaden, the definition of a riot and does not broaden the class of people who may be prosecuted as the Governor’s media campaign indicated.

“So your position is this isn’t the broadest statute. It’s not the strongest anti-riot statute. In fact, it weakened existing Florida law prohibiting riots and it did so out of concern for peaceful protesters?” Carnes asked Harrell. “And all these plaintiffs groups and amici who are supporting them just failed to realize that. Plain as day, they should know that this is just helping them out. Is that your position?”

Harrell said she couldn’t speak to what was in the minds of the Legislature, only the bill’s language, which she said requires “willful participation.” However, Carnes maintained the statute cannot modify the definition of a riot while at the same time leaving it unchanged.

In September Judge Mark Walker issued a temporary injunction blocking the enforcement of HB 1. In his opinion, he said, “Gov. DeSantis cannot credibly argue that this new definition of ‘riot’ was not intended to empower law enforcement officers against those who may criticize their legal authority, as he has referred to the proposed legislation that led to HB 1 as ‘the strongest anti-rioting, pro-law enforcement piece of legislation in the country.’ He referred to HB1’s critics as ‘anti-police.”’

The judges did not indicate what their ruling would be or when it would be issued. James Tysse, attorney for the civil rights groups, said he is pushing for the injunction to be affirmed by the appeals court, but all parties indicated they’d be amenable to certifying the question to the Supreme Court of Florida. That would allow the court to make a final determination of what the law says on the basis of its language and intent. It would not be a ruling on the law’s constitutionality.