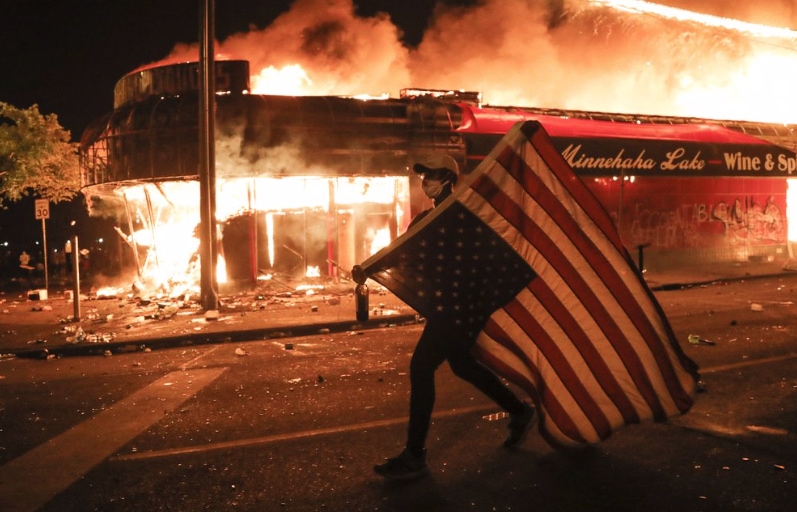 The injunction is effective immediately.

In a 90-page order, U.S. District Judge Mark Walker of Tallahassee granted a temporary injunction against the law, prohibiting the enforcement of HB 1 until the issue is settled in court.

“HB1’s new definition of ‘riot’ both fails to put Floridians of ordinary intelligence on notice of what acts it criminalizes and encourages arbitrary and discriminatory enforcement, making this provision vague to the point of unconstitutionality,” the order says. “It requires individuals to ‘speculate as to the meaning of penal statutes,’ at the risk of their liberty.”

The law, among other issues, creates a new, broader definition of riot. It also allows authorities to detain arrested protesters until a first court appearance and establishes new felonies for organizing or participating in a violent demonstration.

As emphasized by Walker, the order hinges on the definition of a riot.

The definition, Walker wrote, must be “reasonable” and “readily apparent.” It also must not require the court to rewrite it in order to meet constitutional requirements.

To that end, Walker at one point required both parties to diagram the new statute — a unique move that speaks to the complexity of the hearing. 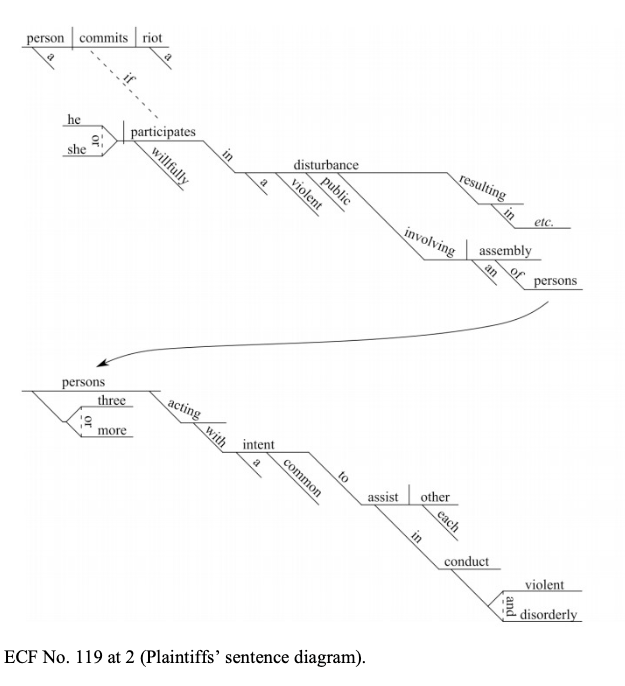 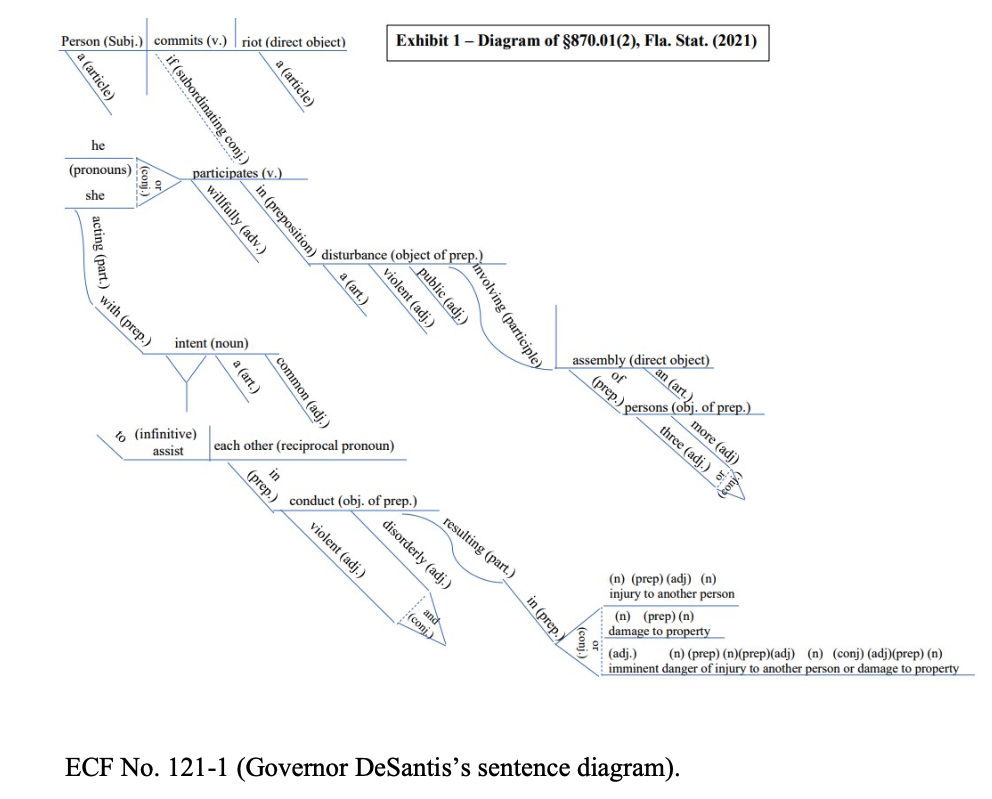 DeSantis first floated the concept of an “anti-riot bill” in September after a wave of summer protests and riots over George Floyd‘s murder at the hands of Minneapolis police.

Speaking Thursday in New Port Richey, DeSantis shrugged off the order and suggested the decision came as no surprise under Walker.

Civil rights groups including the Dream Defenders, the Black Collective and the Florida State Conference of the NAACP filed the lawsuit in May, three months after DeSantis signed the measure into law.

Last week at a court hearing, attorneys for the plaintiffs argued the measure is vague and posed a chilling effect on free speech. Some civil rights groups, one lawyer said, have experienced a drop in membership as well as a dip in demonstration attendance.

Ben Frazier, a plaintiff and the president and founder of the Northside Coalition of Jacksonville, said the number of participants at group events has decreased as much as 40% since the law took effect, according to the order.

Despite counter arguments by DeSantis’ legal team, Walker sided with the possibility of a “chilling effect.”

“While there may be some Floridians who welcome the chilling effect that this law has on the Plaintiffs in this case, depending on who is in power, next time it could be their ox being gored,” he wrote in the order.

Among other contentions, Walker dismissed the state’s arguments over the lawsuit’s timing.

At the hearing, DeSantis’ legal team argued the three-month delay is evidence the new law isn’t a direct threat to free speech. What’s more, they asserted that demonstrations have continued despite the plaintiffs’ claim of a chilling effect.

“Plaintiffs had good cause to move slowly,” the order says. “Defendants — as they should — have vigorously challenged Plaintiffs on every issue, holding them strictly to their burden at each stage. Indeed, moving quickly has its own risks.”

Notably, the order begins with historical instances in which the definition of “inciting a riot” have been racially weaponized in Florida.

Among the examples, the order details the story of two Black Florida Agricultural and Mechanical University students who boarded a Tallahassee city bus in 1956.

The women, Wilhelmina Jakes and Carrie Patterson, sat in the only seats available, which were in the “White-only” section.

After refusing to move, the bus driver contacted police and three officers arrested the women.

Their charge: inciting a riot.

“What’s past is prologue,” the order says. “Now this Court is faced with a new definition of ‘riot’ — one that the Florida Legislature created following a summer of nationwide protest for racial justice, against police violence and the murder of George Floyd and many other people of color, and in support of the powerful statement that Black lives matter.”

The injunction is effective immediately.