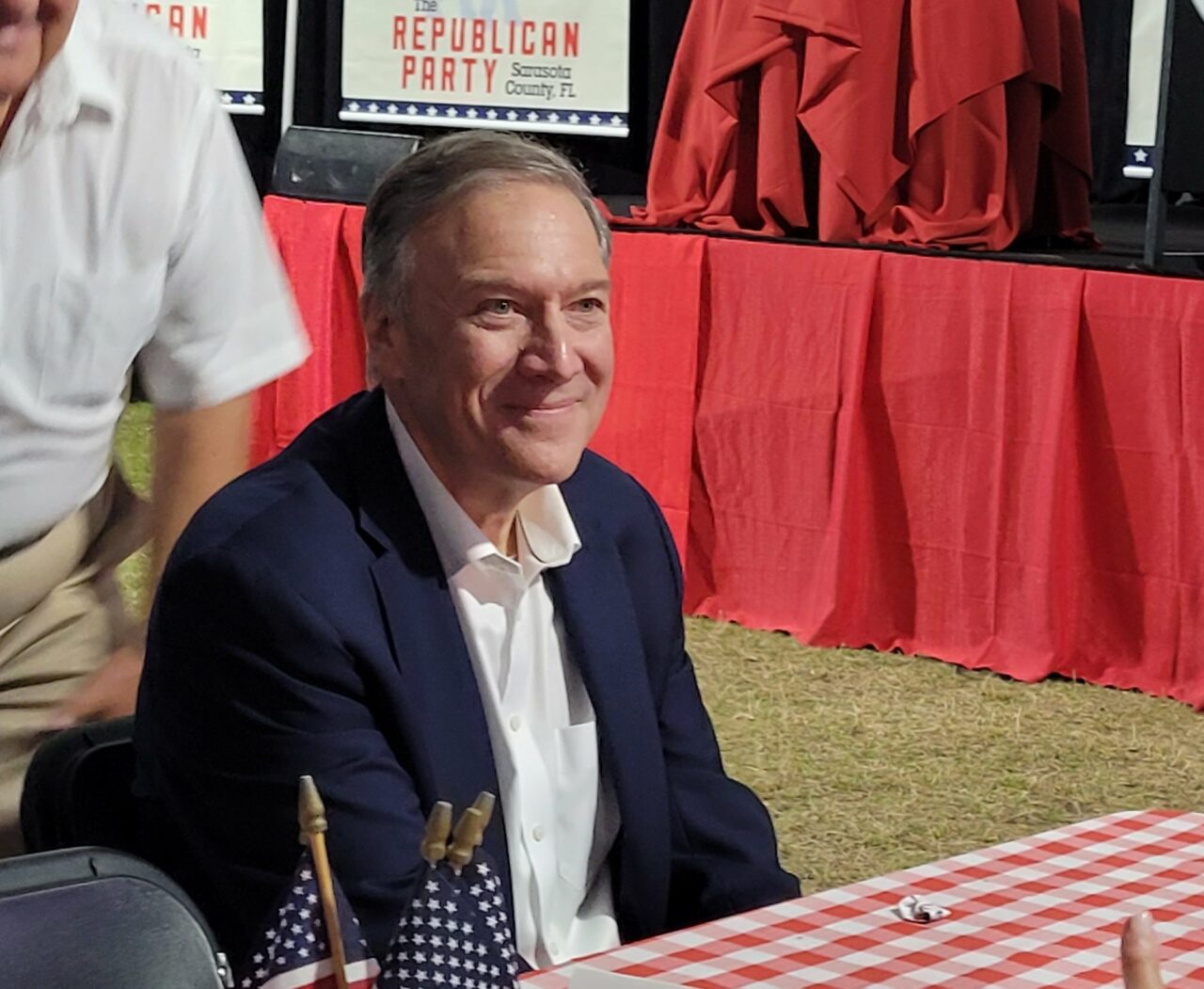 "I’d give anything to be back there."

From Cuba to Ukraine to China, Secretary of State Mike Pompeo said America faced dangerous challenges around the world. And he doesn’t believe any would seem so grave if former President Donald Trump still occupied The White House.

That’s what Pompeo told a crowd in Sarasota as he accepted the Republican Party of Sarasota’ anniual Statesman of the Year honor.

The Kansas Republican touted successes abroad during his four years as part of the last administration, first as CIA director and then as Secretary of State. He also lamented a lack of leadership on the part of President Joe Biden, who he said has failed to deter bad actors around the globe.

In front of a Florida crowd, Pompeo hit first on an international event close to home. He noted his political organization quickly sounded support for pro-democracy protests in Cuba that started last summer.

“When the Cuban people rose up it took up two seconds to issue a statement saying we support them,” Pompeo said. “It took this administration weeks to figure out if they are with democracy or they are with Castro and which side of the argument they would take. It’s malfeasance of the highest order.”

The former Congressman and administration leader took jabs at media as small as his hometown The Wichita Eagle in Kansas and as prominent as The New York Times and The Washington Post, both of which declared him the worst Secretary of State in history.

But throughout a speech, he spoke with levity and humor, even as he addressed some of the greatest international threats to the United States.

He called North Korea Supreme Leader Kim Jong-Un an “evil authoritarian thug,” then noted he broke Dennis Rodman’s record for longest time in talks spent by an American with the dictator.

He slammed Russian President Vladimir Putin’s incursion into the Ukraine. And he assailed Chinese President Xi Jimping frequently referencing an America in decline, while sounding alarms that the nation may not hold some same pull on the international stage it did a few years ago.

But, ultimately he said, it won’t be any leadership in Washington that sets the nation’s future. It’s American citizens who will determine of Jinping’s prediction ever takes place.

“You are the bulwark to make sure that never ever happens,” Pompeo said.

He joked that at a VIP event in Sarasota, some offered suggestions how he should spend 2024. He made no commitments to run for President, but suggested his years of public service are far from over.

“Some of you said it’s nice to have a break and be out of the fire and the center of things,” he said. “The truth is, I’d give anything to be back there still doing it.”

His comments didn’t exclusively reach overseas. He reminded the crowd he first arrived in Washington with the Tea Party movement in 2010, the last time Republicans in the House ended a speakership for Nancy Pelosi, and said it’s time that happened again.

He hammered on domestic issues, including attacking Supreme Court nominee Ketanji Brown Jackson for a reluctance to define the word “woman.”

And he offered an assessment of the greatest threat in the world. It’s not Putin, Xi or Kim or the Iranian leaders who have threatened his life.

“The greatest threat to America is this nation will forget and walk away from its Judeo-Christian founding.”

previousLow marks for Joe Biden on economy as prices rise