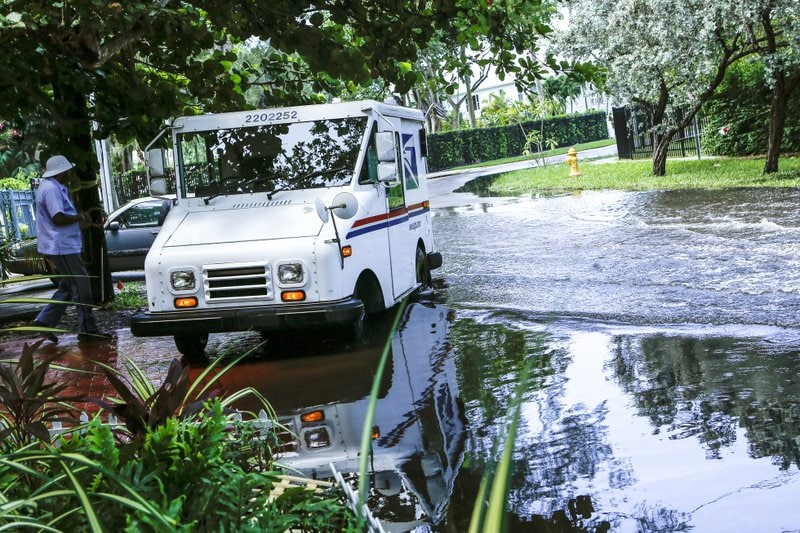 County: New study will mitigate the risk and exposure flooding presents to the area for decades to come.

The forecast for the next 50 years calls for higher seas and more intense rainfall, so the Broward County Commission is spending $4 million aimed at keeping its most valuable property from getting swamped.

The Commission earlier this month hired a contractor that will be studying how much of a deluge assets such as the Fort Lauderdale-Hollywood International Airport, Port Everglades and county roads can take on. The analysis will also look at how to increase the capacity for handling excess water without damage occurring.

“It’s going to be our blueprint for the future,” said County Commissioner Beam Furr, who was the only one who spoke on the item at the meeting earlier this month.

“This resilience plan is about to be one of the most significant investments we can make to provide for the future of our community under conditions of rapid climate change, ensuring livability, affordability and economic opportunity for current and future residents,” he said.

Jennifer Jurado is Broward’s chief resilience officer and will be overseeing the effort. She anticipates that it will be a few years before the study generates a list of specific projects and concrete recommendations for lessening the risks.

Anticipating this new level of water, the study might find, for example, that a particular library building ought to be moved or additional water pumps should be installed on a site, she said. The framework the study will create will also help local municipalities analyze their vulnerabilities and plan accordingly.

“It’s about organizing, not having a patchwork of projects but having a strategy behind how we maximize every dollar that we’re investing,” she said.

A steering committee drawn from private and public sectors from all over Broward County will be supporting the plan’s development, county officials say. It’s going to be built from the ground up, including the public’s reports of where flooding is happening now.

Jurado acknowledges, however, that there are some events that can overwhelm all plans.

“We’re not looking at catastrophic storm surge because that tends to be the thing that drives evacuation as opposed to incremental storm surge scenarios that serve as the basis for infrastructure design,” she said.