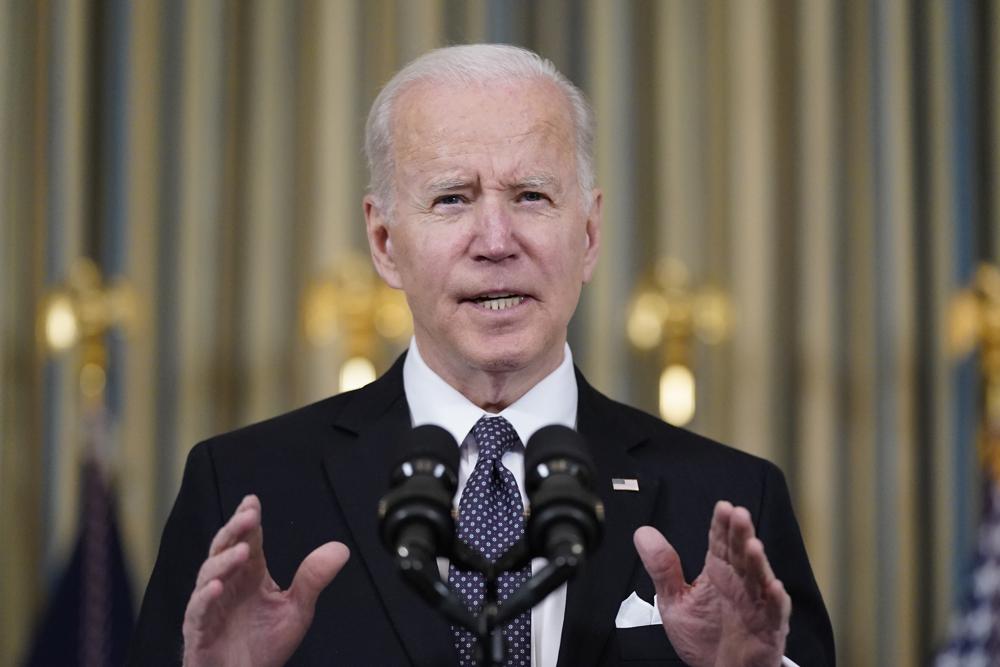 Since the policy went into effect, immigrants trying to enter the U.S. have been expelled more than 1.7 million times.

The Centers for Disease Control and Prevention announced Friday that it is ending a policy that limited asylum at the U.S.-Mexico border to prevent the spread of COVID-19.

The use of public health powers had been widely criticized by Democrats and immigration advocates as an excuse for the United States to shirk its obligations to provide haven to people fleeing persecution. The policy went into effect under President Donald Trump in March 2020. Since then, migrants trying to enter the U.S. have been expelled more than 1.7 million times.

The policy, known as the Title 42 authority, named for a 1944 public health law to prevent communicable disease, will end on paper, but it will not take effect until May 23, to allow border officials time to prepare. The Associated Press first reported the change earlier this week.

The policy was increasingly hard to justify scientifically as restrictions ended across the U.S.

The federal order says efforts by the Department of Homeland Security to provide vaccines to migrants at the border will step up in the next two months.

“After considering current public health conditions and an increased availability of tools to fight COVID-19 (such as highly effective vaccines and therapeutics), the CDC director has determined that an order suspending the right to introduce migrants into the United States is no longer necessary,” the CDC said in a statement.

The decision is expected to draw more migrants to the U.S.-Mexico border. Even before it was officially announced, more than a dozen migrants excitedly ran out of their dormitory at the Good Samaritan shelter in Ciudad Juarez, Mexico, asking about it.

DHS said this week that about 7,100 migrants were coming daily, compared with an average of about 5,900 a day in February — on pace to match or exceed highs from last year, 2019 and other peak periods. But border officials said they are planning for as many as 18,000 arrivals daily, and that seems certain to cause challenges for border-region Democrats in tight reelection races — with some warning that the Biden administration is unprepared to handle the situation.

Homeland Security said it created a Southwest Border Coordinating Center to respond to any sharp increases, with MaryAnn Tierney, a regional director of the Federal Emergency Management Agency, as interim leader and a Border Patrol official as deputy.

Officials also are working on additional ground and air transportation options and tents to house the expected influx, and the Border Patrol has already hired on civilians.

Instead of conducting patrols and uncovering smuggling activity, its agents spend about 40% of their time caring for people already in custody and administrative tasks that are unrelated to border security.

The agency hoped to free up agents to go back into the field by hiring civilians for jobs such as making sure that microwaved burritos are served properly, checking holding cells and the time-consuming work of collecting information for immigration court papers.

Still, administration officials acknowledged the fixes are only temporary measures.

“The Biden-Harris administration is committed to pursuing every avenue within our authority to secure our borders, enforce our laws, and stay true to our values,” said Homeland Security Secretary Alejandro Mayorkas. “Yet a long-term solution can only come from comprehensive legislation that brings lasting reform to a fundamentally broken system.”

The limits went into place in March 2020 under the Trump administration as coronavirus cases soared. While officials said at the time that it was a way to keep COVID-19 out of the United States, there always has been criticism that the restrictions were used as an excuse to seal the border to migrants unwanted by then-President Trump. It was perhaps the broadest of Trump’s actions to restrict crossings and crack down on migrants.

CDC officials lifted part of the order last month, ending the limits for children traveling to the border alone. In August, U.S. border authorities began testing children traveling alone in their busiest areas: Positives fell to 6% in the first week of March from a high of nearly 20% in early February.

Asylum limits have been applied unevenly by nationality, depending largely on costs and diplomatic relations with home countries. Many migrants have been spared from Cuba, Venezuela, Nicaragua and, more recently, Ukraine. Homeland Security officials wrote border authorities this month that Ukrainians may be exempt, saying Russia’s invasion “created a humanitarian crisis.”

___
Republished with permission of the The Associated Press.
Post Views: 0