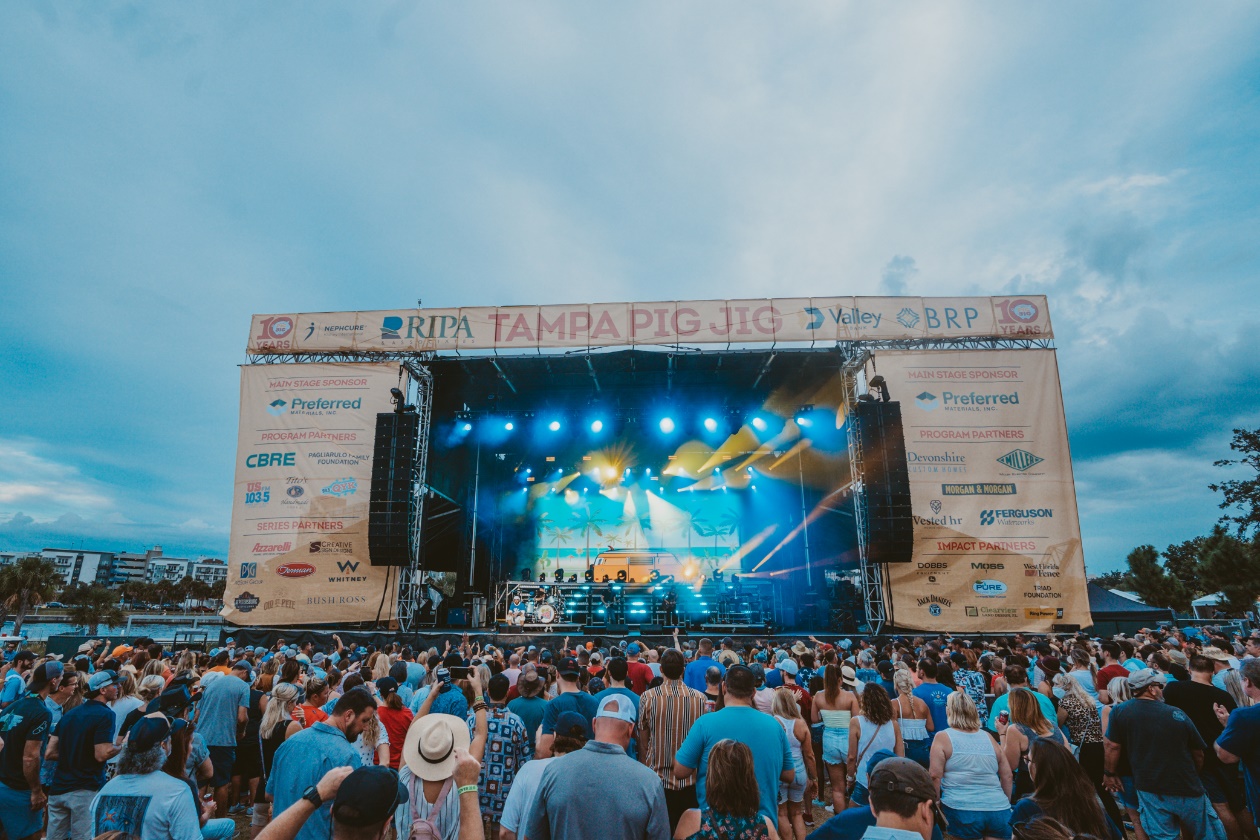 There is more to our state than the economy and scenery.

We live in the greatest state in the nation and the past couple of years have been a solid reminder of that.

Florida is now the 15th largest global economy (if ranking Florida as a country) and our natural beauty and from the Keys to the beaches of North Florida is second to no one.

In fact, I never left the state during the pandemic, and that is just fine by me. I found plenty to do in Florida, including: Gainesville (football) and enjoying our coastal communities, Panama City, St. Teresa, Destin, and Apalachicola.

But there is more to our state than the economy and scenery. (Thank you to the Florida Chamber of Commerce for the above financial information).

Some of my favorite things about our state are when Floridians get together to do something outside of their normal world for their friends, for charity and/or for the community.

One of the coolest examples of this is from Tampa. I am referring to the creation of the music festival and BBQ competition called Pig Jig.

Many of you may have heard of it (or even been to it), but did you know how it started?

In 2011, a group of friends (including my pals Chris LaFace & Chris Whitney) got together to raise money for one of their friends who was diagnosed with a rare kidney disease (FSGS). Ten years later they donated millions to the cause and last year’s event featured country superstar, Darius Rucker.

What a story! Nice work gents, turning a backyard get-together into one of the coolest festivals in the nation.

Stay tuned for announcements soon on this year’s show happening on October 22, 2022, and get your tickets fast as last year’s sold-out with 10,000+ in attendance.

These organizations were not pitching services or products, they gathered to discuss how to improve the technology ecosystem in the local community.

The man behind the event — Eddie Gonzalez Loumiet — had this to say about the gathering:

“Sixty days ago, we set out to mobilize the Tallahassee technology community under one banner. Our ‘Launch Tally Liftoff’ event on March 23 had close to 300 inspired, excited and motivated individuals ready to work together, as one, to put Tallahassee’s technology ecosystem on the national map. While we celebrate the successful gathering, we also know that the real work starts now. We look forward to being that uniting force, where we can all put aside competition for the common good — for the future of Tallahassee. People around the nation better get ready to include ‘Tallahassee’ on their tech radars.”

I was there; it was a very productive day with the media, elected officials, schools staff and many more all gathered to support this space. You can check out Eddie in detail on our podcast:

Over in Gainesville, Sister Hazel put on a concert last month as part of their “Lyrics for Life” organization which was founded in 2002 to help fight children’s cancer. This year’s concert also featured members of Sugar Ray, Tonic and Better than Ezra. I have been to this event several times and they auction off autographed items from various musicians in conjunction with the concert. I saw a pair of ripped jeans at one event with the lyrics to “Shout at the Devil” by Mötley Crüe on them and autographed by band member Nikki Sixx. Who does not need something like that in their music collection?

This organization was founded in memory of Sister Hazel lead singer Ken Block’s younger brother, Jeffrey, who passed away after a four-year battle with cancer. You can learn more about Jeffery here.

These are just a couple of examples of people coming together for the common good.

Life is short, and our journey can end at any minute so for today I wanted to push forward some messages of commonality and positivity and make sure to, in a small way, share some kindness and good vibes. Cheers to you.

Blake Dowling is CEO of Aegis Business Technologies, author of the book “Professionally Distanced,” and host of the Biz & Tech podcast. You can reach him at [email protected].