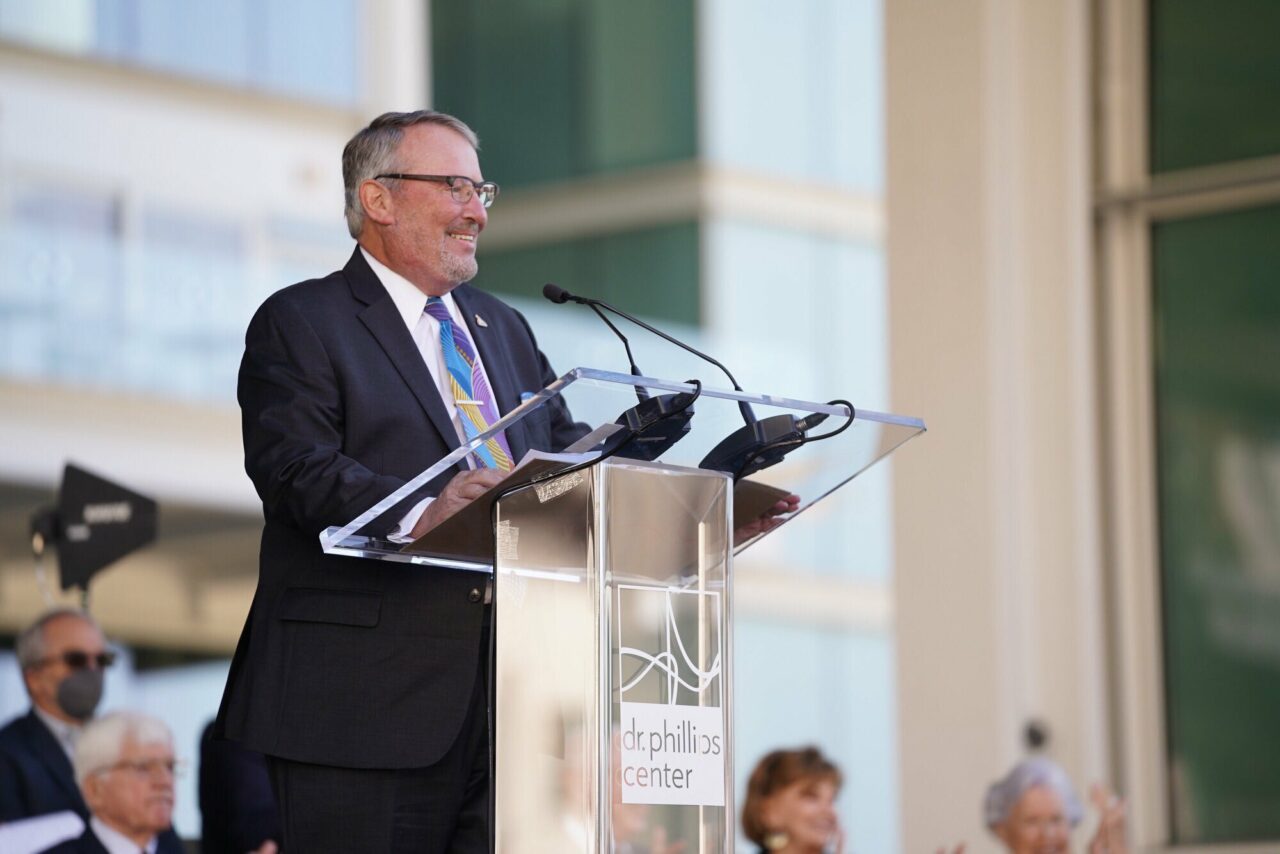 'That’s it. Shut April Fool's Day down. Nothing can top this.'

Orlando Mayor Buddy Dyer and his team were brainstorming how to top their April Fools’ Day prank from 2021.

That year, on social media, the city announced a new underwater restaurant was opening in Lake Eola. The joke was a hit and even won his team an award for best humor.

“Everybody threw out ideas of what we could do,” said Karyn Barber, an Orlando communication manager from the Office of Communications and Neighborhood Relations. “The thing that we really all kept coming back to was the airport.”

When some people think of Orlando International Airport, Dyer immediately comes to mind.

Since 2017, he has been the unofficial voice of MCO. A recording of Dyer describing the community’s offerings plays on the tram at the airport. When you hear it, you know you have made it to Orlando. You’re almost to Disney World. Some know Dyer’s spiel so well, they have memorized it and quote it back word-for-word to the Mayor, Barber said.

How could the airport fit into the perfect joke? To work, a good April Fools’ Day gag had to be fun and engaging but also couldn’t be offensive or make someone upset.

One idea was to announce Dyer was offering his voice to use at other airports.

Then they had it: The winner. Dyer could perform his speech live on a tram in front of real passengers.

Our partners at @MCO were having issues with tram audio and @orlandomayor was happy to lend a hand and deliver his famous spiel in person to travelers.

If you see him at the airport today tag us! pic.twitter.com/EZpKW2ej30

The gag was filmed on March 16, before Dyer headed into the airport board meeting where he serves on the board.

“If you are visiting our community, welcome to the City Beautiful. You probably know Orlando for its world-class theme parks and attractions, but you may not know the other half of it,” Dyer said through a loudspeaker as he rode the mostly empty tram from Terminal C into the main terminal. The Mayor, dressed in a suit, held onto the pole in the tram and spoke in a matter-of-fact voice.

He filmed it three times to get the perfect take. One city employee held up a cue card although Dyer mostly knew what to say by heart.

Listening on, city staff and about a half-dozen real passengers were filmed – including one man who didn’t seem like a frequent traveler and asked the mayor for directions. Dyer showed him where to go.

“Our partners at @MCO were having issues with tram audio and @orlandomayor was happy to lend a hand and deliver his famous spiel in-person to travelers,” said the post accompanying the video.

It went viral. Tens of thousands of people watched it.

“That’s it. Shut April Fool’s Day down. Nothing can top this,” one person wrote.